Here is an introduction to the might rank system in game.

1. One can click the might icon in the upper left corner to see one's current and next rank. 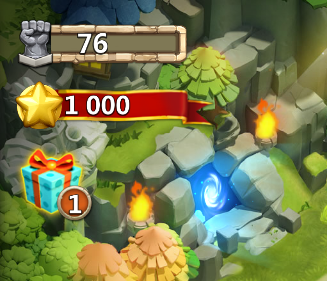 2. The rank system daily reward is as follows. One need to click the might icon to get rewards everyday.

3. The arena buff will be determined by ranks from two sides
eg:  when duke fights with baron, the buff will be  95% - 55% = 40%
So the heroes of duke will receive 40% buff on both HP and ATK, while baron's hero stats will remain the same.

4. Might can be obtained from upgrading buildings, magic and troops. Heroes is the main source of might after one reaches 10k.

5. Heroes will receive HP buff in Hero Trials based on rank. Might rank will determine how many heroes that can be deployed at the same time, which is 6 - 10 depending on might rank, no duplicate heroes can be used simulatneously.
Rate Delete Ratings
Manage

Pretty well known information for people who tend to look around forums but nice to see it in a nice format and easy to find. It really is pretty pathetic how little might is gained from max building might considering it takes forever...

I made a video showing an introduction to the new might system as well. here is the link to it
http://www.youtube.com/watch?v=l ... jR_AILY&shuffle=355
Hope this helps =)

Pretty well known information for people who tend to look around forums but nice to see it in a nice ...

Totally agree with you. It's quite low having as low as 1 might from upgrading hero bases :/
Rate Delete Ratings
Comment
Submitting…