A new Legendary Hero now in beta testing will be released by IGG just in time for the Christmas holidays! Kris Kringle is a physical Legendary Hero that uses ranged attacks. His Skill Maelstrom strikes random targets with fiery lumps of coal, dealing damage and inflicting Coma to all nearby enemies for 2 seconds. Kris Kringle is useful in every battle, especially against opponents in higher levels of HBM. He can only be obtained through rolling with Gems, Special Events and Legendary Hero Cards. 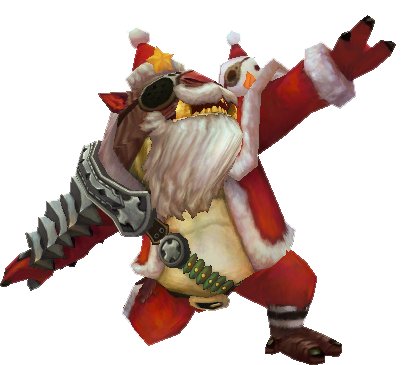 NOTE: This is a "mischievious" thread posted as a joke! As far as I know, IGG has no plans to release a Kris Kringle hero. I gave favors to those who got the joke, and to those who didn't, did you know the word "gullible" isn't in the dictionary? Nice! where did you get this info?

Where the hell you find this info

I don't think he should be available via hero cards or gem rolling. That's too unfair to IGG.

I don't think he should be available via hero cards or gem rolling. That's too unfair to IGG.

Thank you for your consideration. Your feed back is highly valuable to us.
Rate Delete Ratings
Comment
Submitting…