Dude I got that off Facebook awhile ago and this is the  best hbm base hands down, I call it the big E 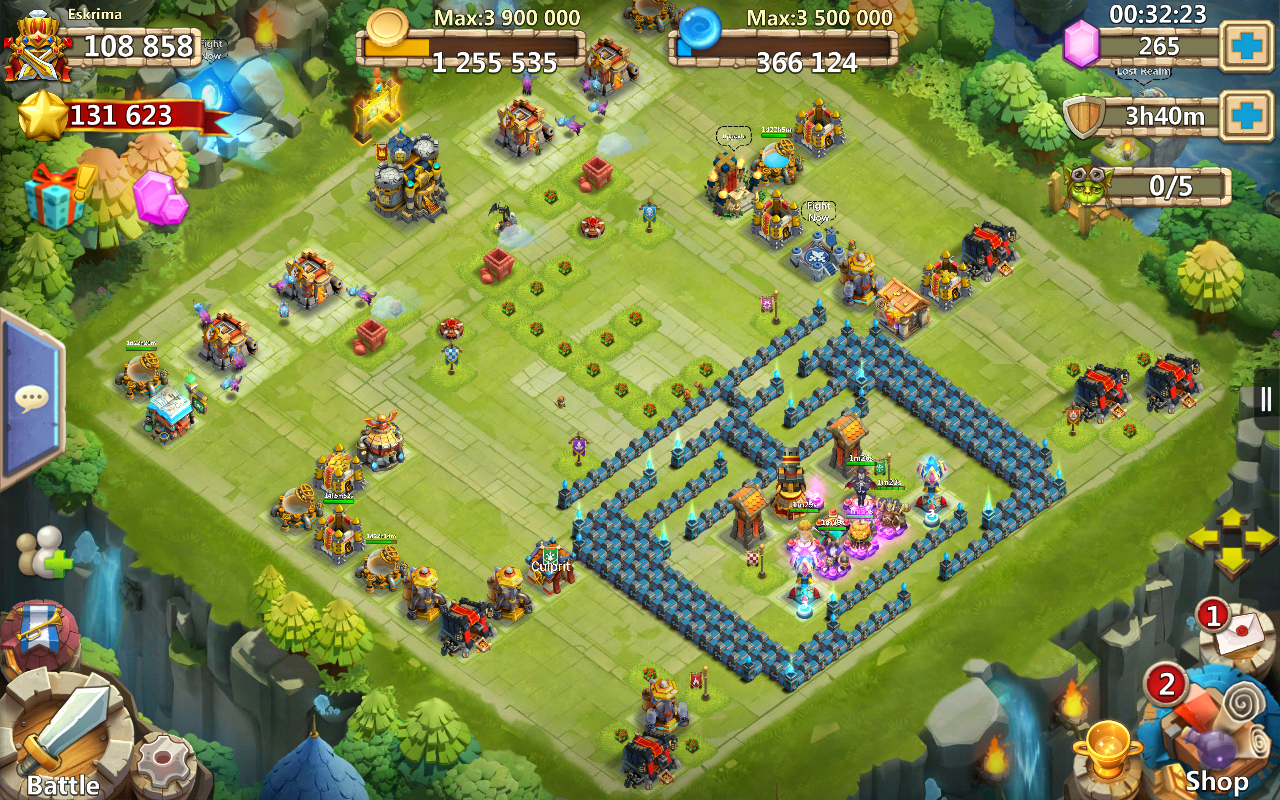 cc-hyuga16 Rated on 7/1/15 12:55:04 AM
Looks nice. Had experimented with my base with something similar but didnt like it cuz atlanticore kept procing on the rear path. Still when i was using it i did like how well enemies were clear be it flying to ground. Plus if i did perfect the rear as such people would just call it a cordi mod, so i just kept it as my current lol. Anyways i like that feont is the only entrance cuz this way heroes keep constant energy and heals thanks to cupid and druid in front whaling on enemies.

bump for this awesome base . was farming p 90% but with this base i can farm q . Beaten pd ac l12 with this base .
townhall 8 base
heroes which am using
pd vlad immo druid aries reaper . all 9 star

I ignored this base ever since you posted it, till today because this thread keeps getting bumped. Never tried it because I figured its walls were too thick and the wave would try to go through them. Yep, I was correct. The very first time I used it an AC left the pack and tried to break through. Luckily I had left my arrow tower and it picked him off. Also thanks to my walls being level 15 I ended up winning. No telling how the outcome would've been if they were still level 10.

Anyway, a base design cannot allow heroes/troops to break through walls. Absolutely no exceptions to this fundamental rule. Now I'm going back to my trusty karma mod. Thanks for sharing tho. 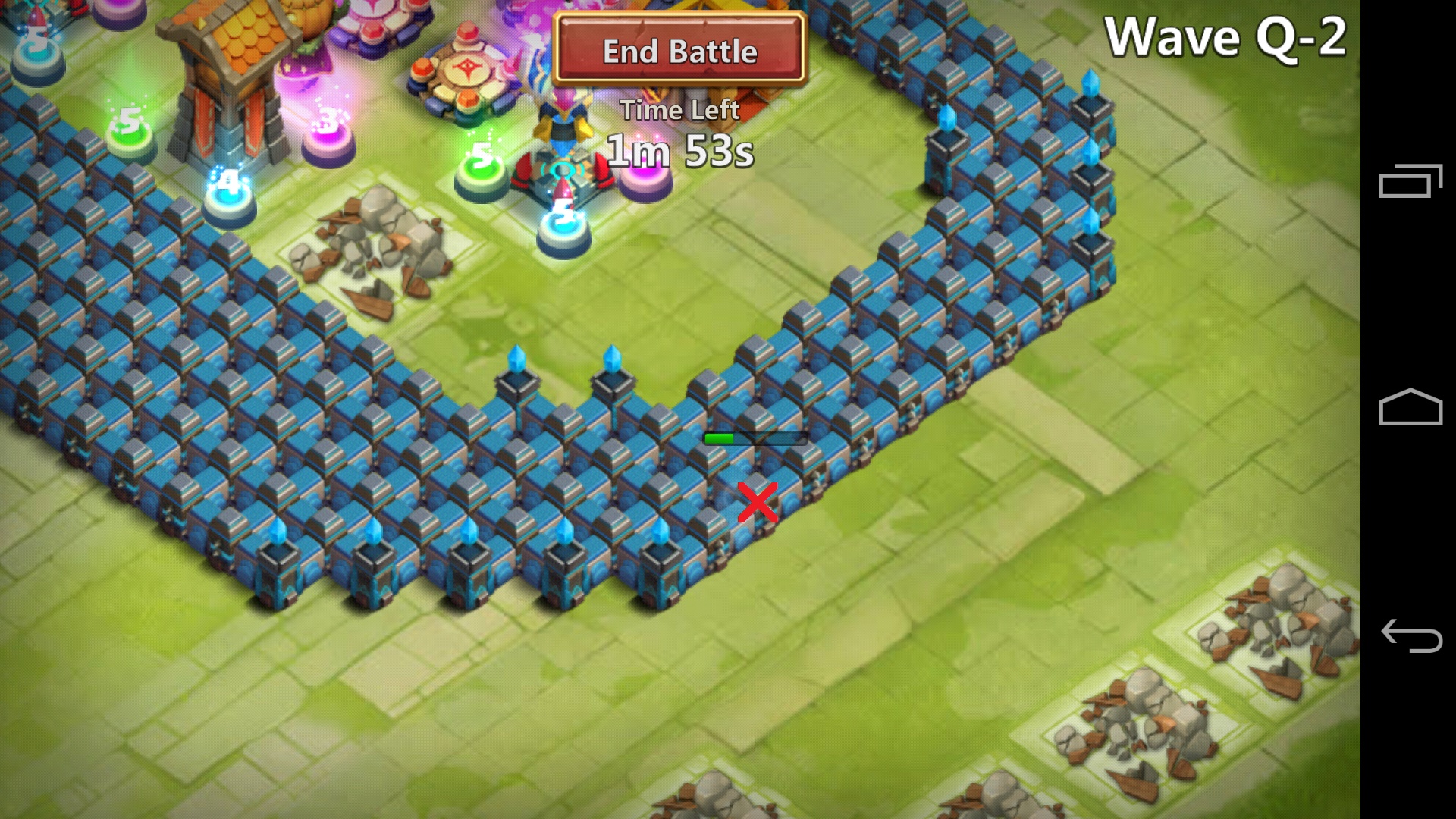 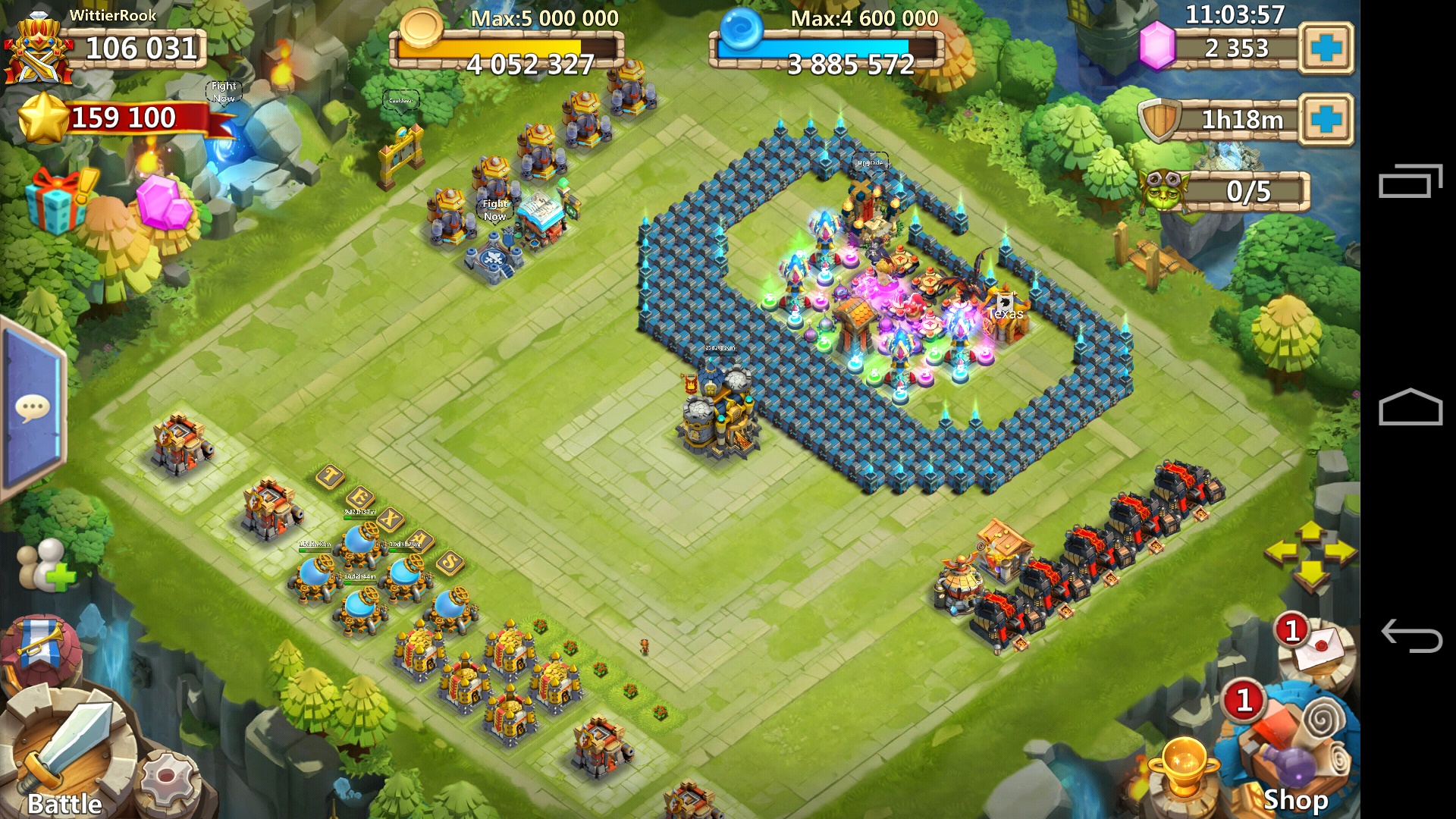 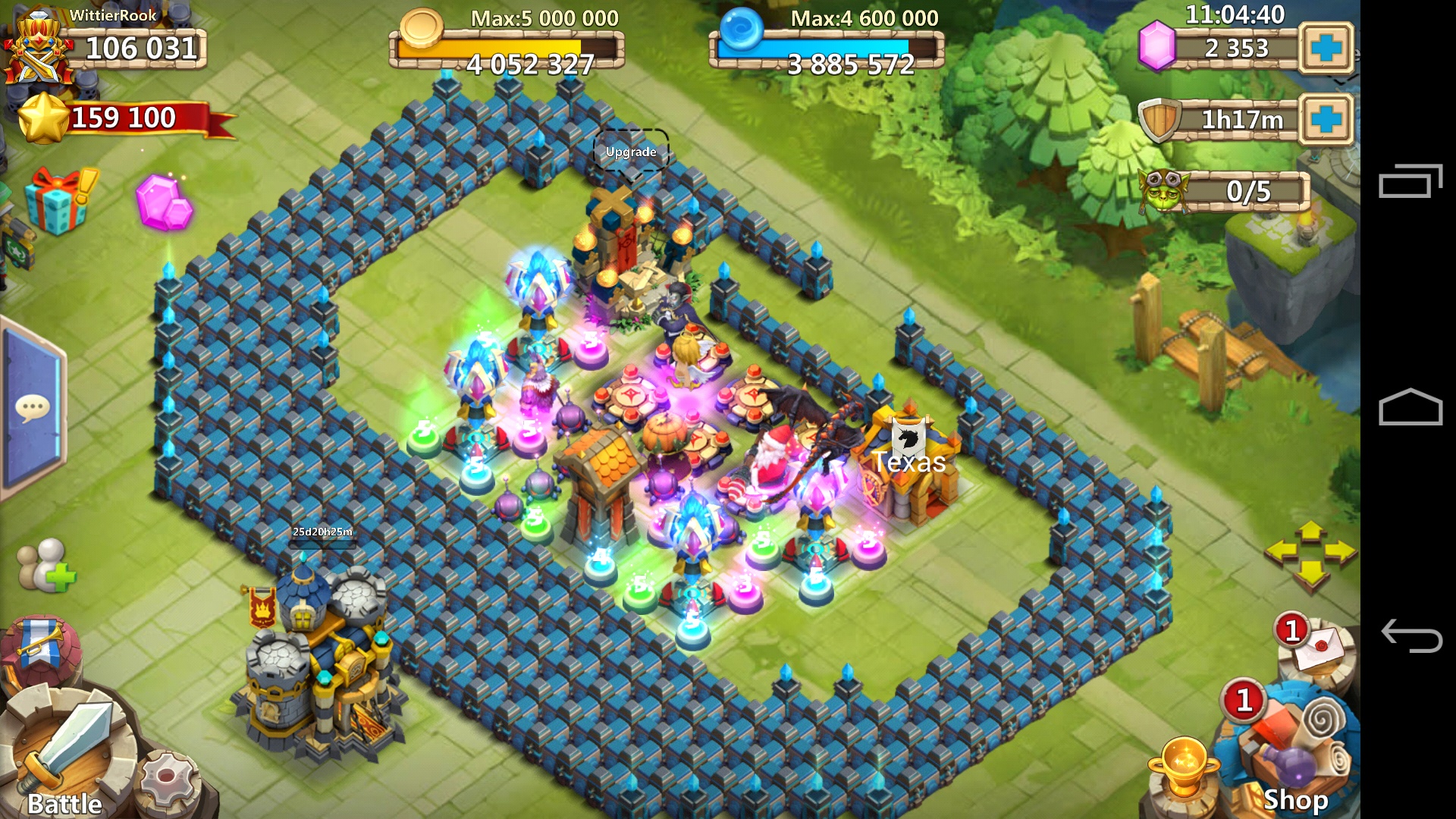 cc-hyuga16 Rated on 7/1/15 11:54:51 AM
Its your hero positions, you have prime heroes but you put duke in rear. I have never had walls broke. For me. My heroes go (left side) druid bottom, santa top. ( middle) duke bottom vlad top. (Right side) cupid bottom moltanica top. Walls never get attack and enemies get busted like nothing on R. I do put revive on duke,cupid and santa having revive on R makes me win every time. Also if you up to town hall 21 you wont have any problems again. Am also reworking bases to allow more friendly chemistry to ground hero teams only

cc-hyuga16 Rated on 7/1/15 11:56:10 AM
Oh yeaj dont worry about duke at bottom with a revive crest and heroes you have he wont die even with front spawns

WittierRook Rated on 7/1/15 12:31:31 PM
That picture shows their positions perfectly lol. Inside row (closest to towers) are Druid, PD, Santa. Outside is Vlad, Cupid and Molt. Strange thing happened on wave 1 btw... PD and Santa jumped over all those walls to get to reaper at the town hall. I didn't like seeing that...

Thank you for this base helped me to beat q as I couldn't do it with a corner base!!!

pretty cool, maybe i'll revert back to this when i get th 24, right now i'm using warmachines base and it has outperformed the older cchyuga base for me, remember we had that earlier in the thread?  now i'm farming R, keep up the awesome work though, i'm hoping to have rolled santa by th 25 *FINGERZ CROZZED*

cc-hyuga16 Rated on 7/1/15 2:24:57 PM
Use town hall 21 if walls were getting broken. Also am adding different versions soon that will be better for melee hero users. As long as you have vlad and orksbane and another good hero other then moltanica will work for R. I dump my level 182 santa for destroyer bore of santa so yeah lol. Just to help me understand why my base isnt optimum for you can you post your hero stats? I really want to perfect this base as much as it can be. Or a picture of base with heroes you are using. Will really help me refine the base in all aspects. Thanks.

DoroMahal Rated on 7/1/15 2:44:06 PM
it wasn't the walls...it was the entrance, the main thing is, i would almost always die due to the entrance spawns mostly AC, and with war machine's that has not happened for a week straight on R...so whatever the reason, I'm fine with, because this might just be a situational thing, whereas my heroes are perhaps better suited with his. I use druid/molt/vlad/pd/cupid/sm, all near 180, all 5/5 talents, 3 of them have lvl 2 revive crests, druid/pd have zerk, cupid revit, vlad revive, molt revive, sm wargod, sm has lvl 3 zerk crests, all the others have really strong ones too including lifedrain or lvl 3 wg/bulwark and revive crests --------------- 90 inscription as well

cc-hyuga16 Rated on 7/1/15 3:36:10 PM
wow thats stronger then my heroes when it comes to talents and crest. i can farm R without santa as well use a orskabne with 5/10 skill spirit mage bad for R dump him.

DoroMahal Rated on 7/2/15 7:13:00 AM
interesting, my ork has like 4/5 stone skill and i don't remember the crest i put on him, maybe i'll try him in place of spiritmage, i guess he will be near the entrance?

Signature
Guild Leader of DoroClash on Android
95K Might, HBM R 100%, we accept anyone above 5K Might. No donation necessary.
Boss3+Mesa4 everyday ~7PM Eastern Time.

With it I can pass R, but still can't farming R. The problem happens during R5, when boss spawn near the box entry while the other pack of monsters from far corner. If I can't clear the boss or lose most my heroes, it fails. If boss spawn from far side, it is fine - the bombs will do the work no matter what.

this bases show positions found most usefull when attempting to beat T, S or farming S. they will no less be beneficial as well for lower HBM challenges. this addition also shows other hero positions found useful with this base. bases shown below are also slightly alter to fit alternative hero positions. below you will also fine tips for talents and crest. 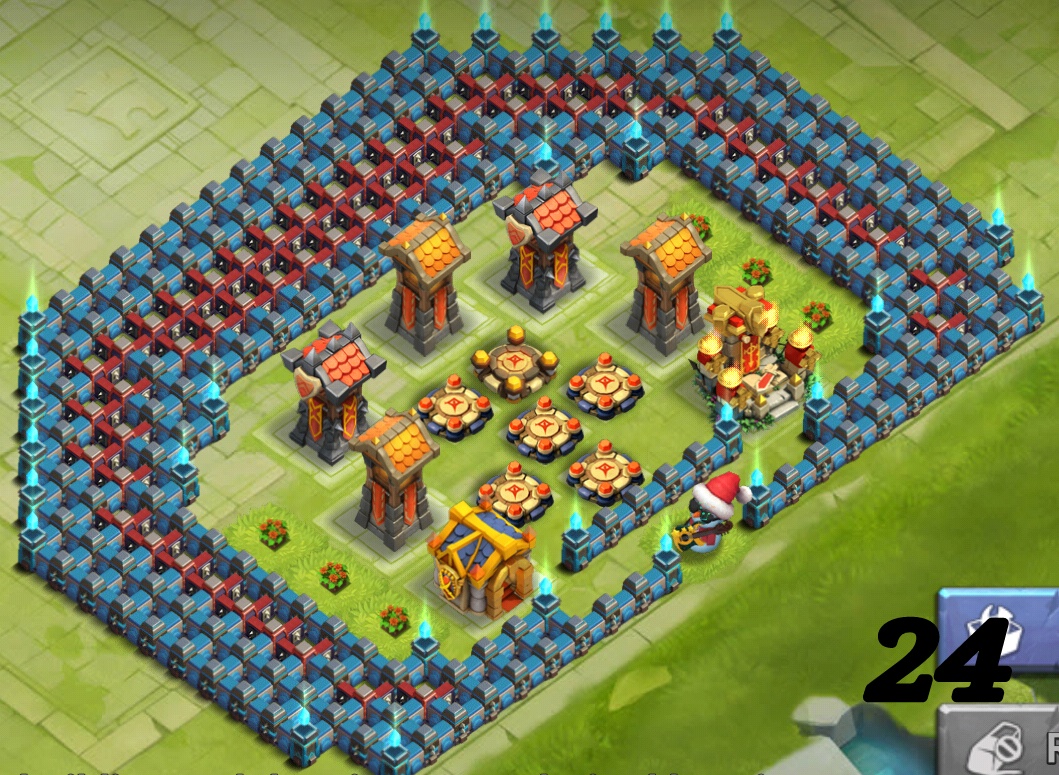 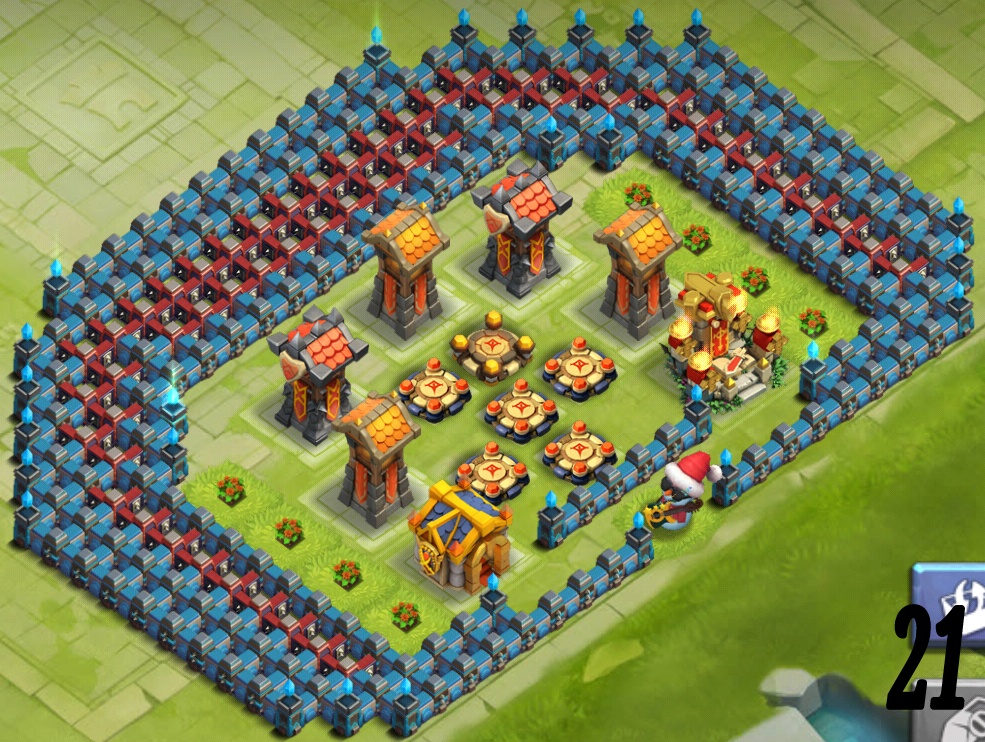 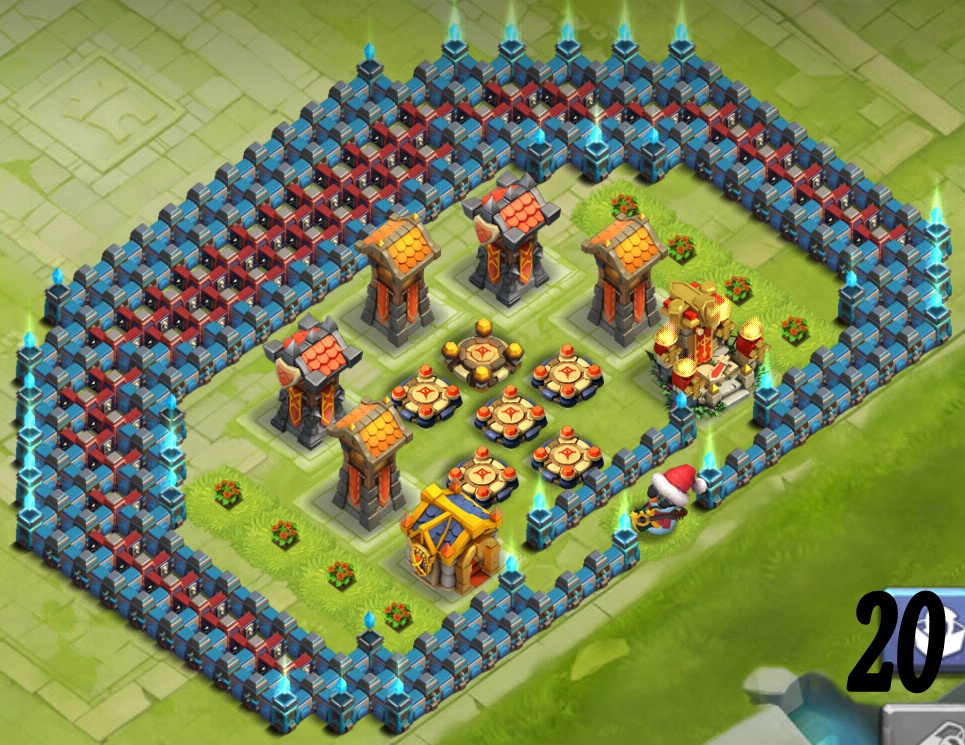 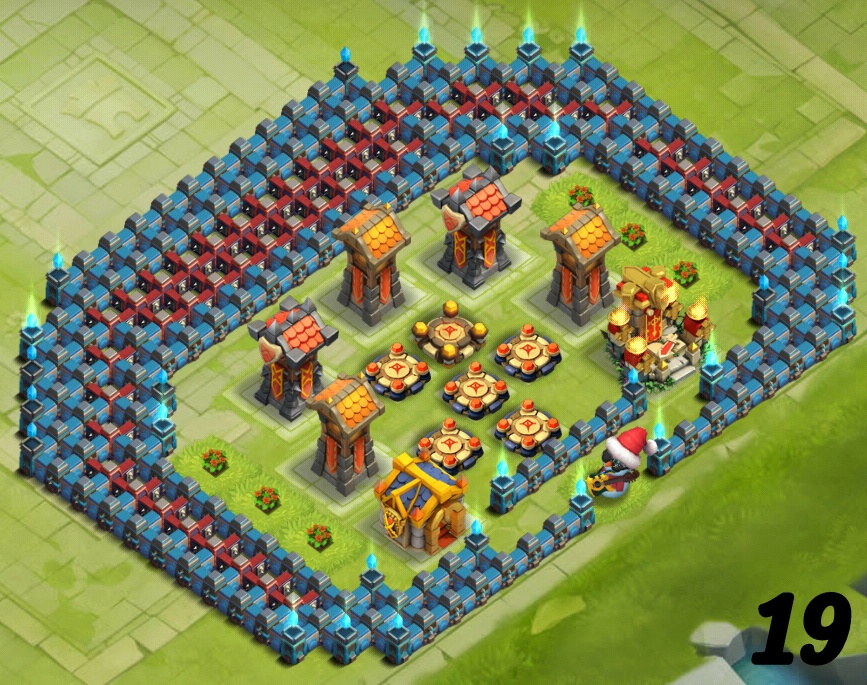 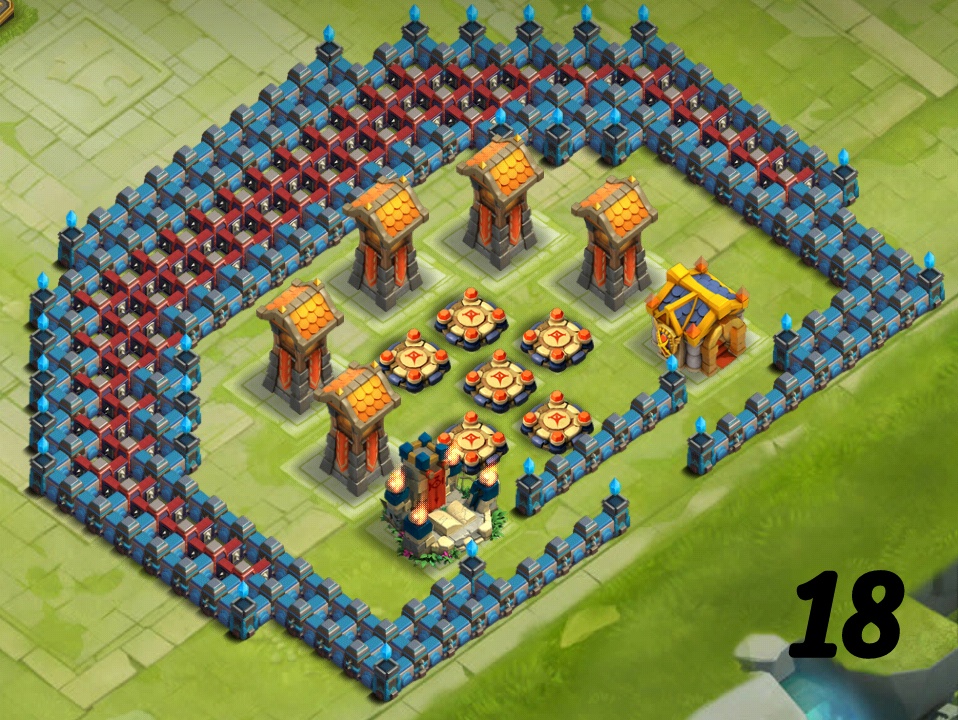 CREST: the best crest for hbm is revive especially when you plan to farm R. heroes who will benefit the most from this crest is duke, cupid, santa and moltanica, even if the crest are 1/5 they will be major game changers for this heroes when it comes to HBM. other beneficial crest are wargod or bulwark on heroes who can survive well on their own such as vlad. it is practically a must to crest druid with slowdown crest, if you dont have moltanica consider making a 2nd hero with slowdown crest who uses range as their primary attack form. for HBM Q it is ok to crest cupid with a slowdown crest. 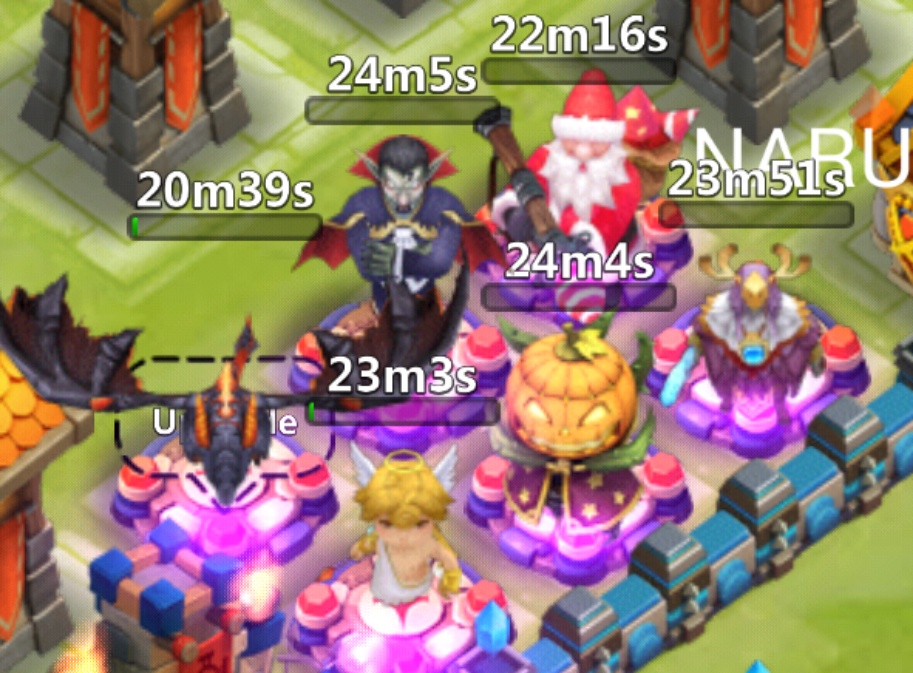 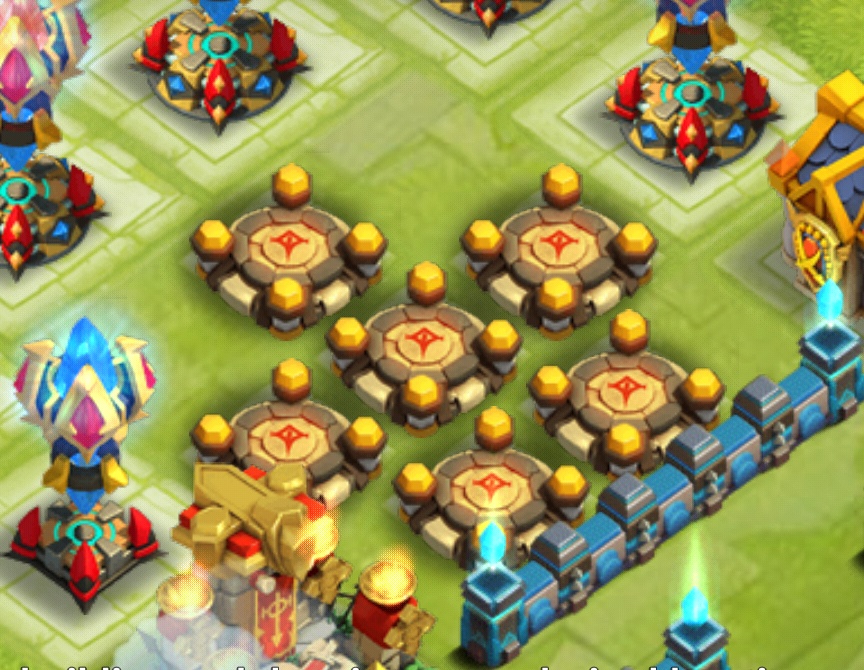 (ABOVE POSITIONS ARE BEST FOR PLAYERS WITH LOW LEVEL HERO BASES, BUT ARE GOOD FOR ANYONE. GOOD TO FARM S WITH.) 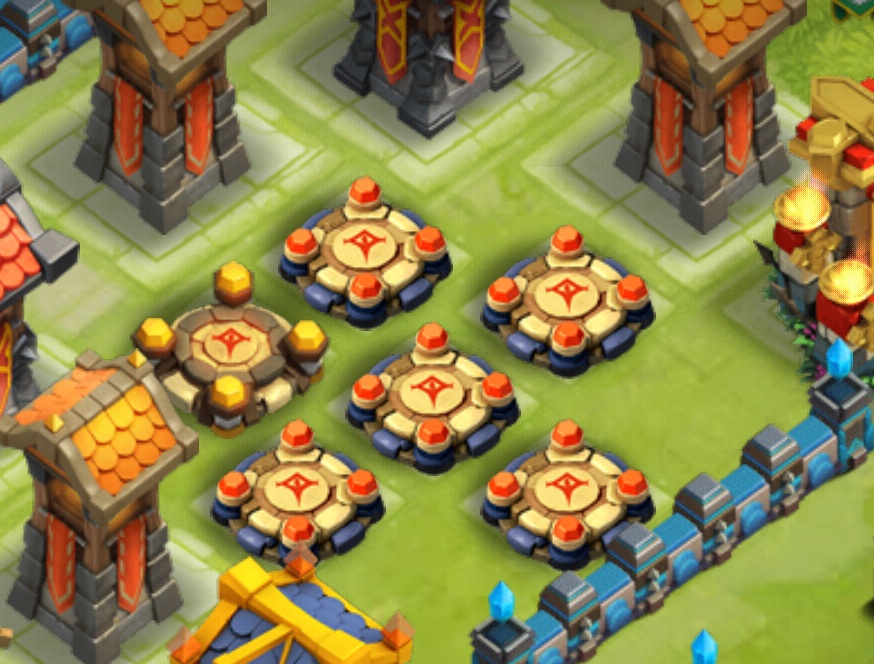 (ABOVE POSITIONS GOOD FOR ANYONE, BUT BEST FOR VERY POWERFUL PLAYERS WANTING TO FARM S OR BEAT T)

This hero positions with above heroes shown are good for farming R and below. if you plan to farm S or beat S using hero positions recommended for S will help alot, you should use vlad, moltanica, cupid, druid, pixie, and duke to farm S. you should use revive crest on each hero, but druid will do good with a slowdown crest, and pixie is great with a slowdown talent. Dont have this heroes? well here is what i recommend for you, if your missing either moltanica or santa replace their spots with either orksbane, death knight, immortep, skull knight or destroyer. if your missing vlad then previous recommendations will sub him well. other noticeable mentions are warlock siren and aries(recommended hero team setup is 3 team buffers and 3 wide area damage dealers). for hbm R it is highly suggested to have vlad before trying to farm it. for HBM O-R it is recommended to have all heroes at 9 stars, 80+ inscriptions and 7/10+ skills.