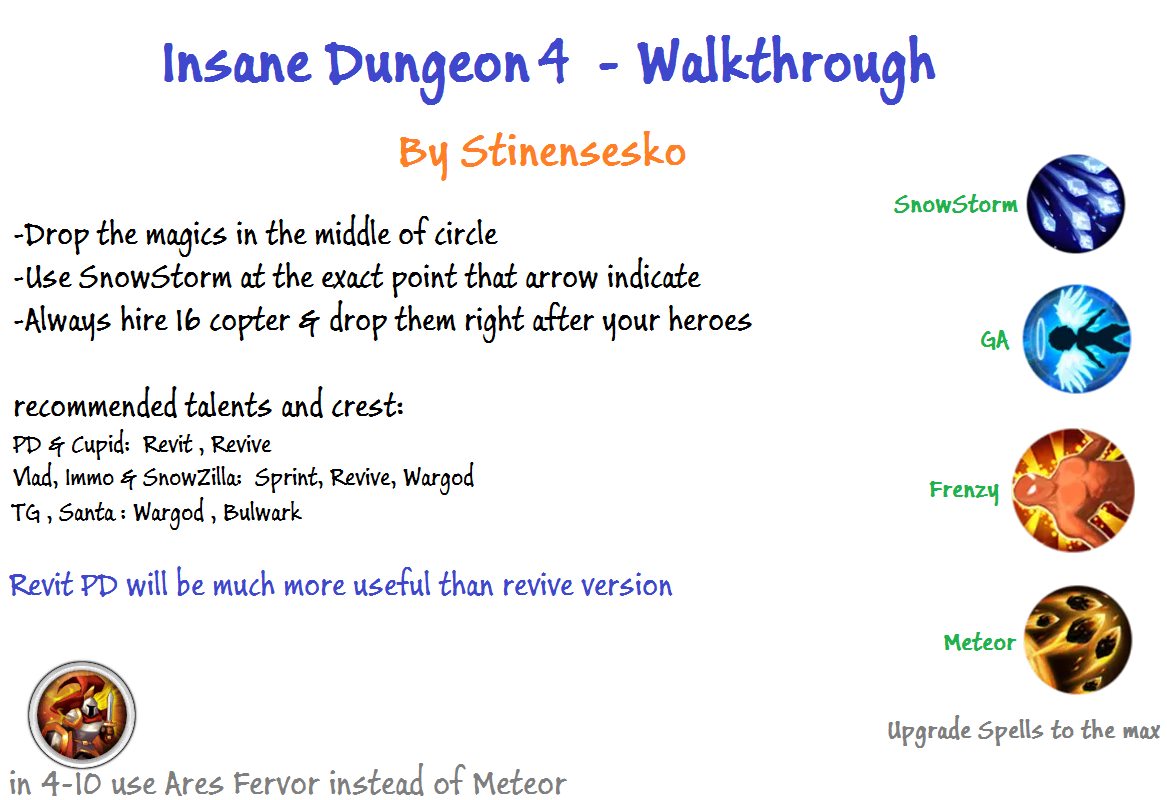 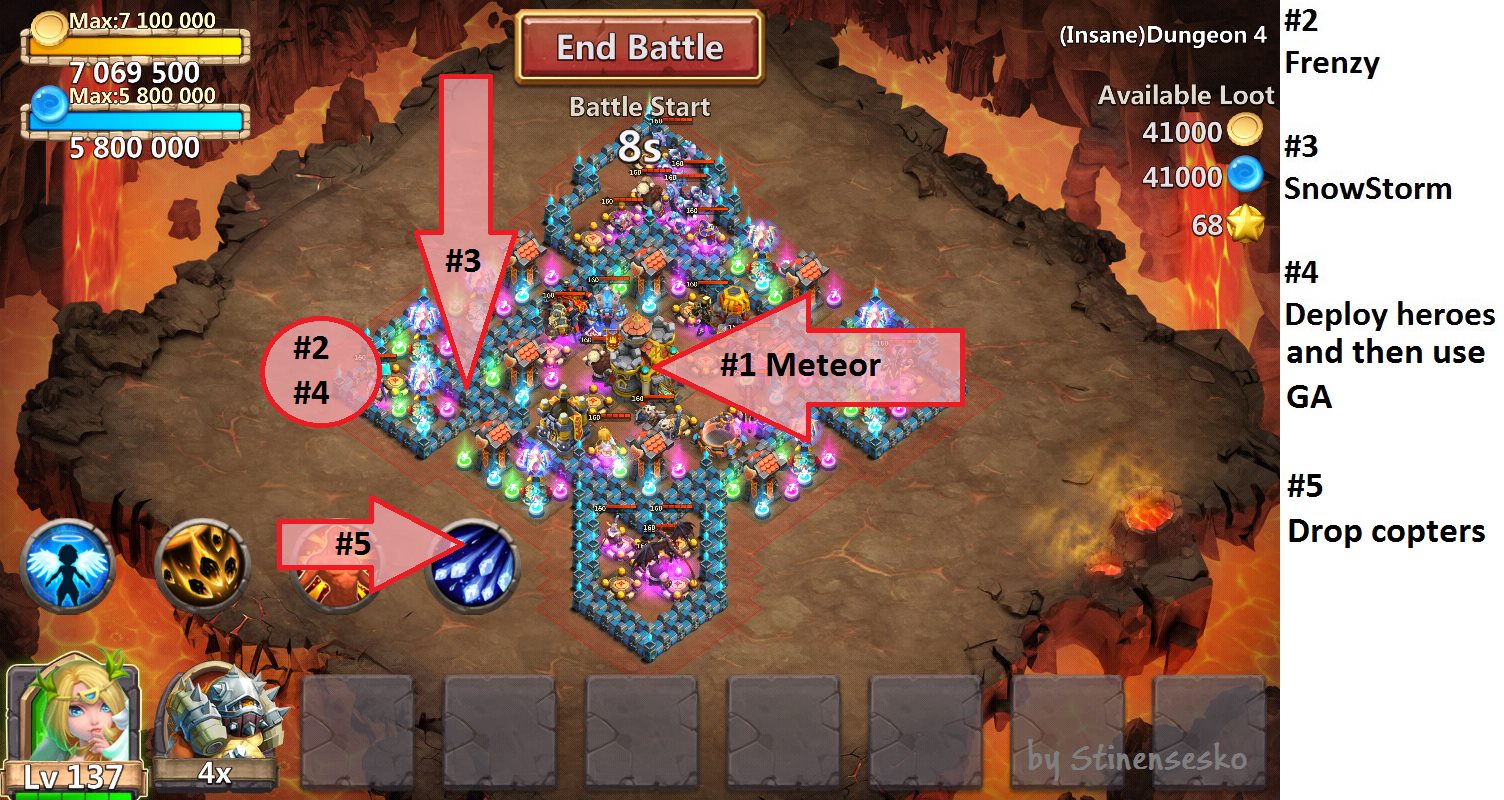 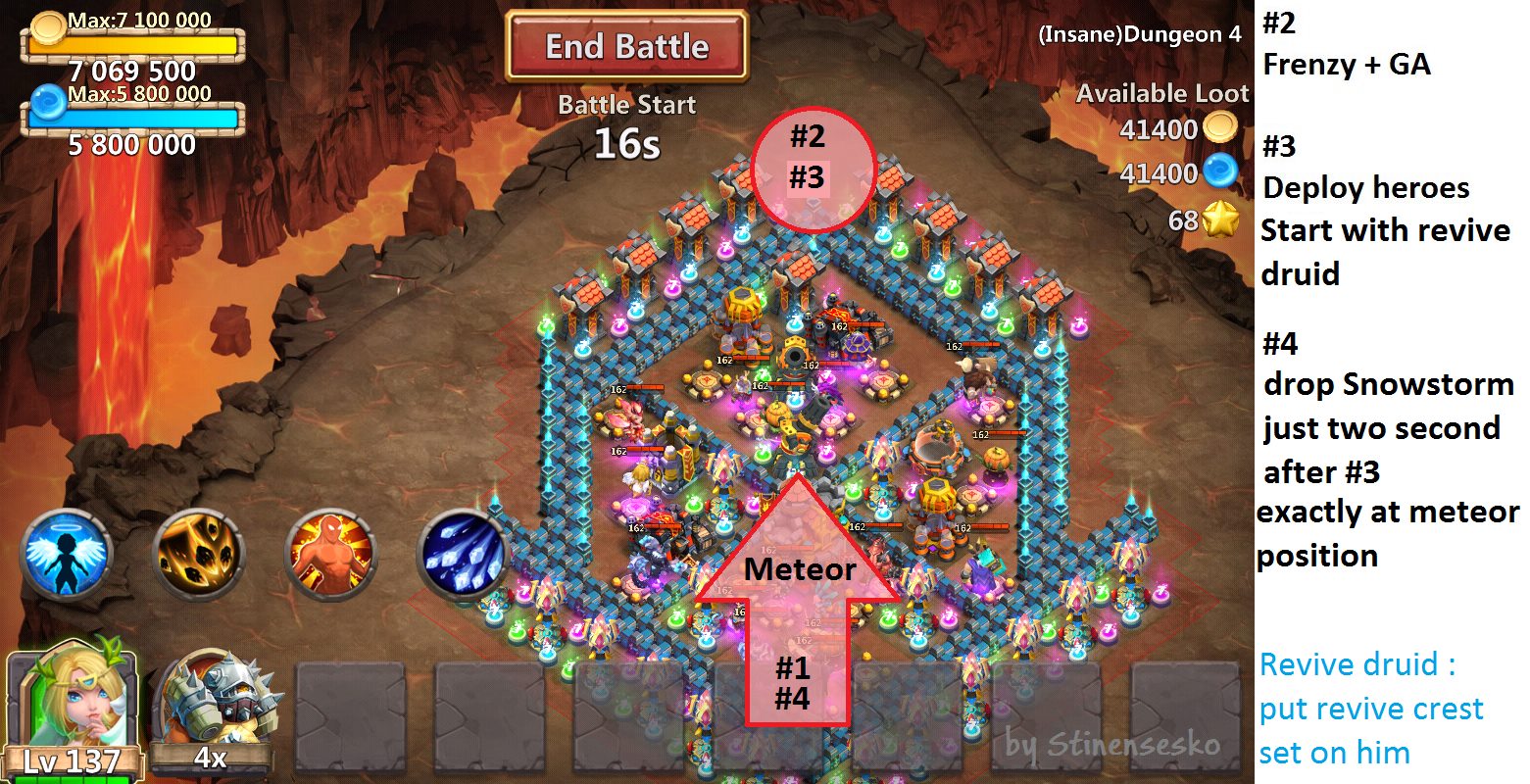 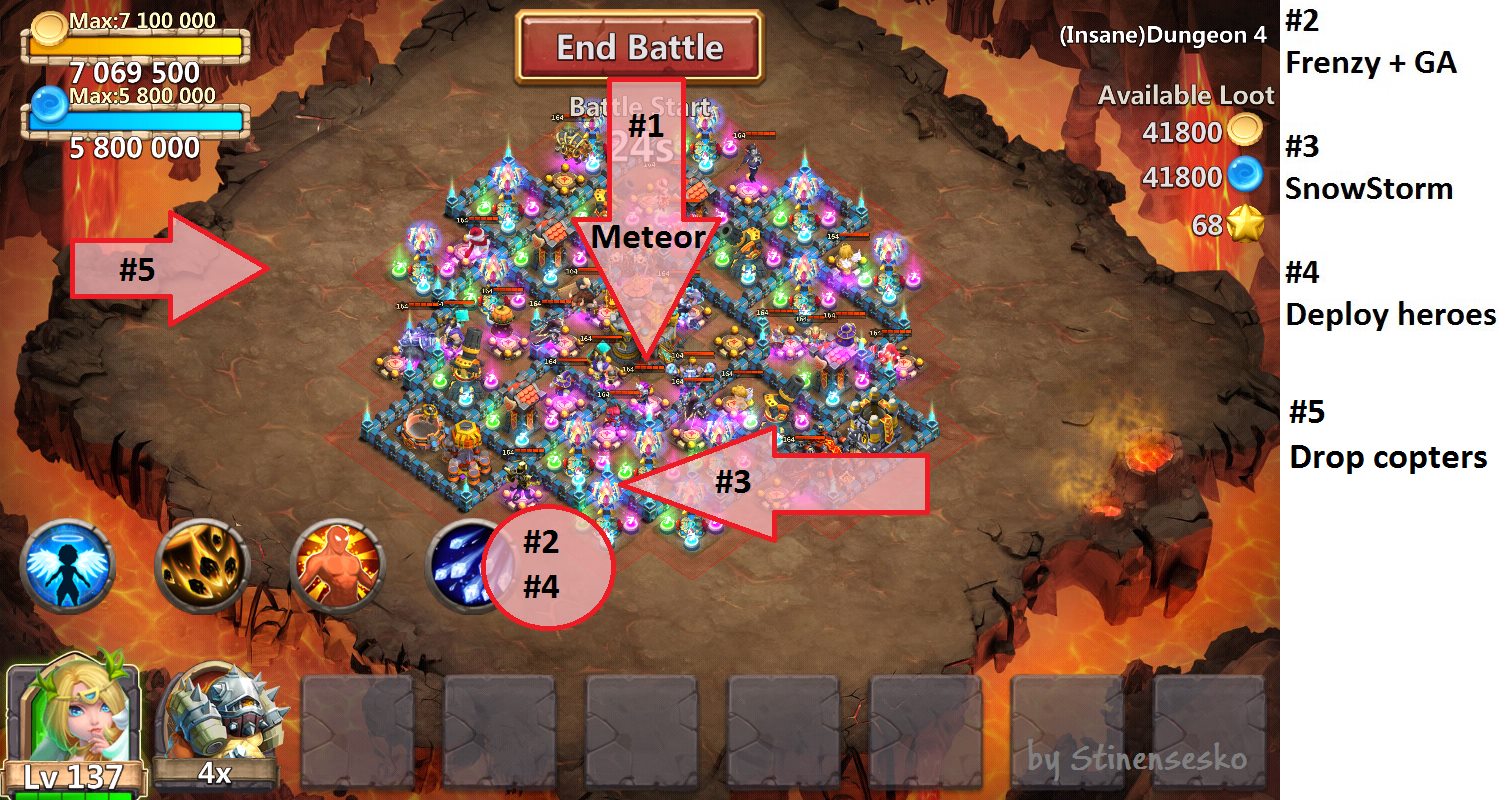 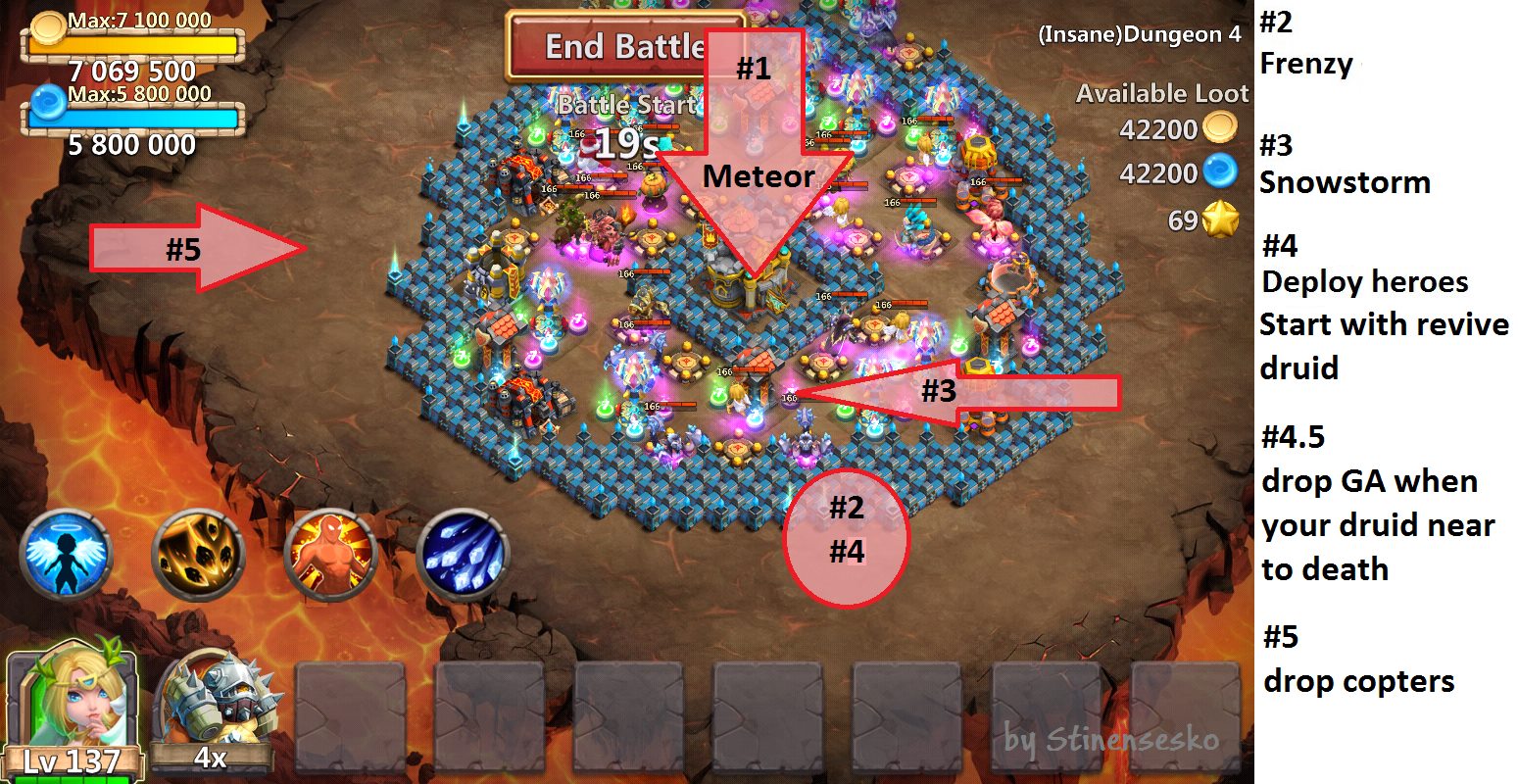 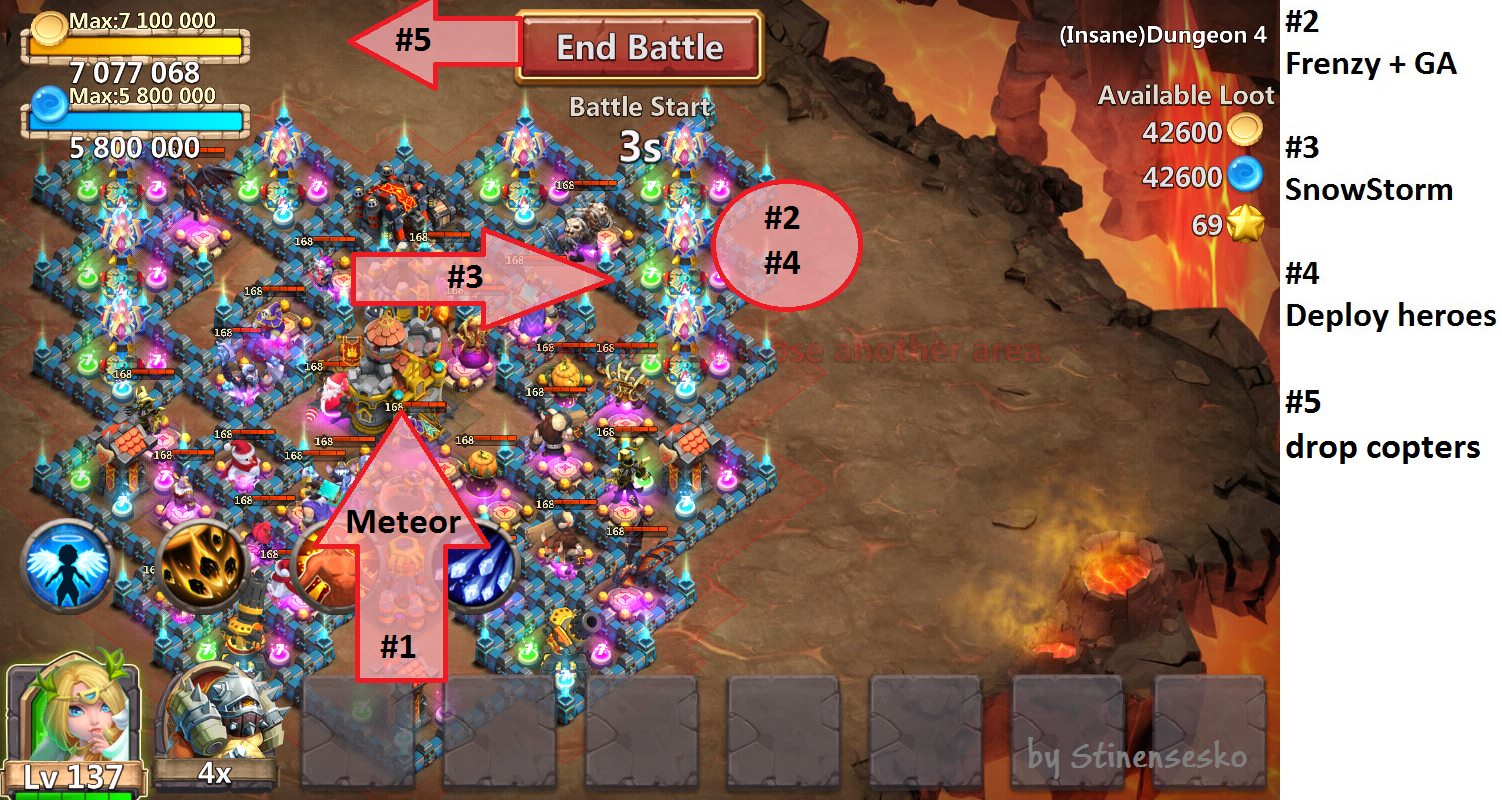 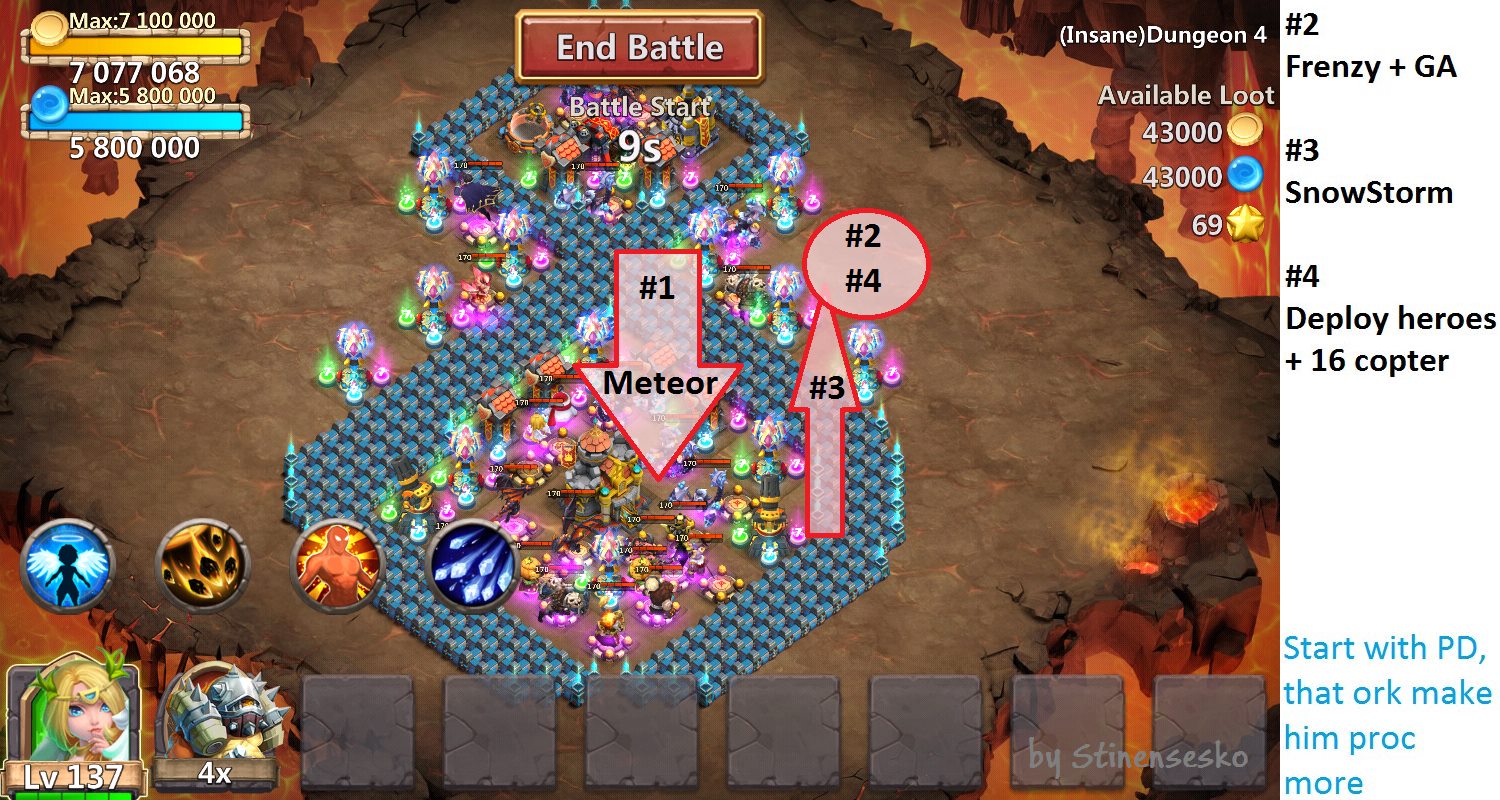 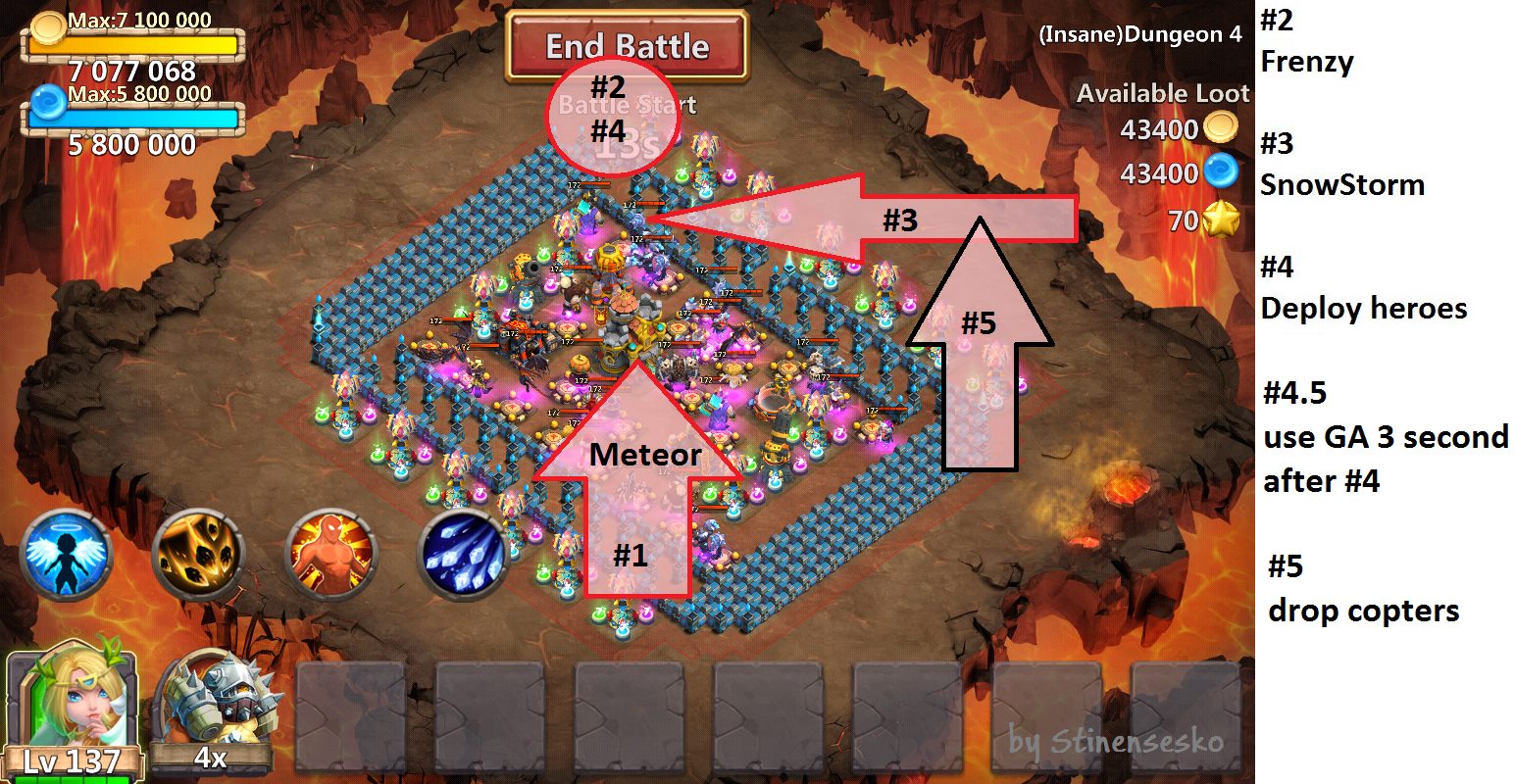 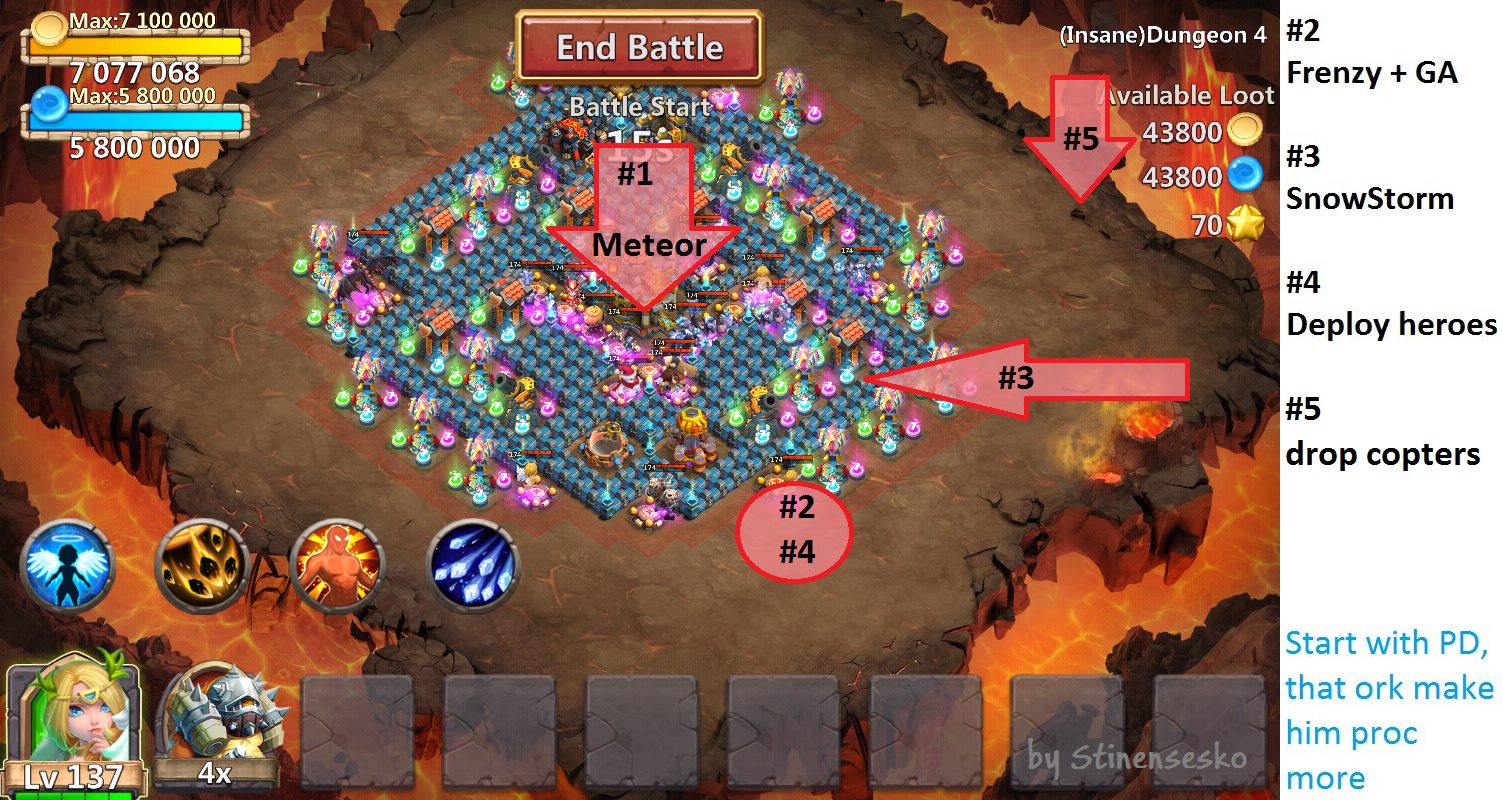 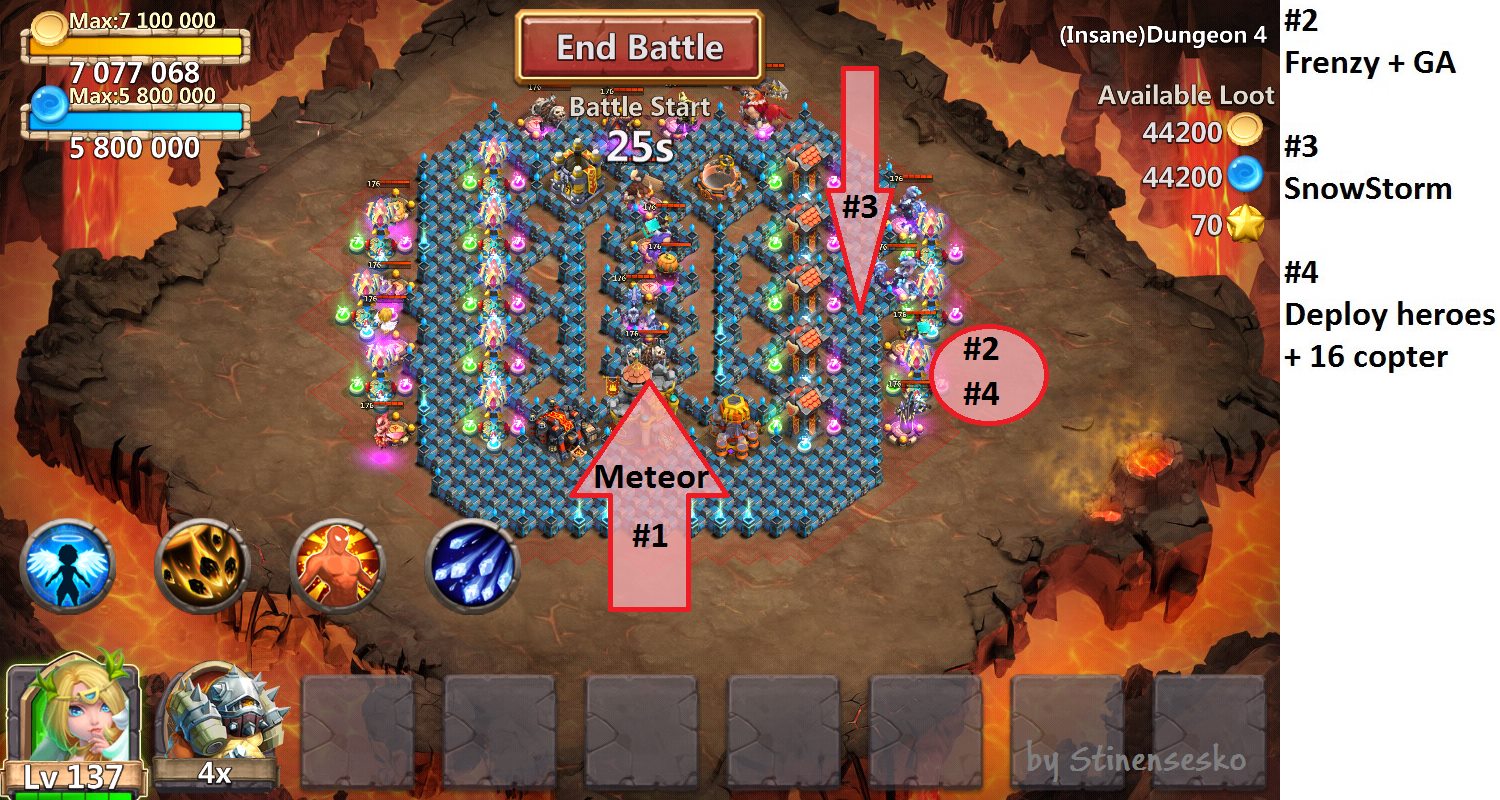 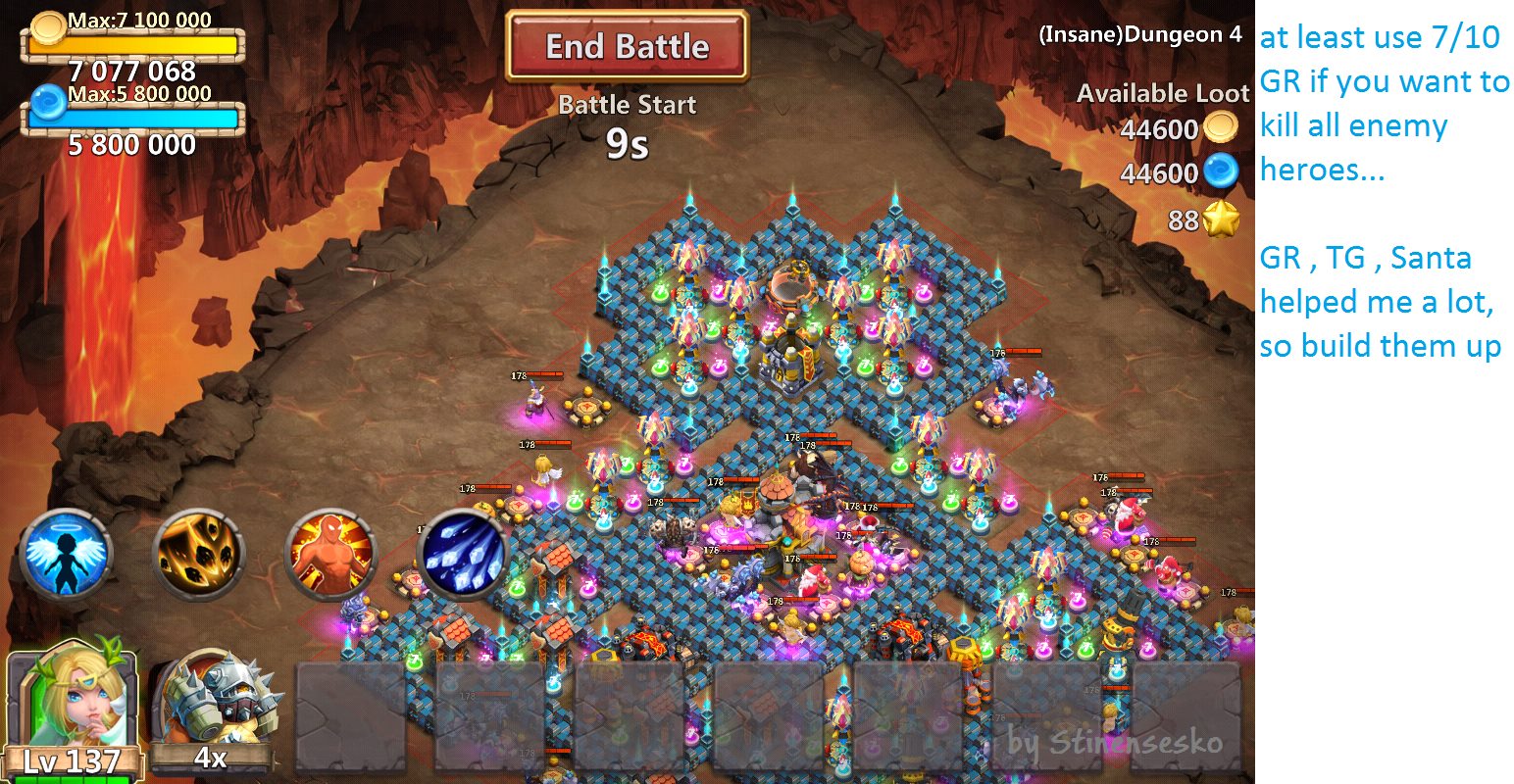 Can you post your heroes lvl, skill levels, talents, crest, etc, to compare with my own, I'm having trouble with 4-10 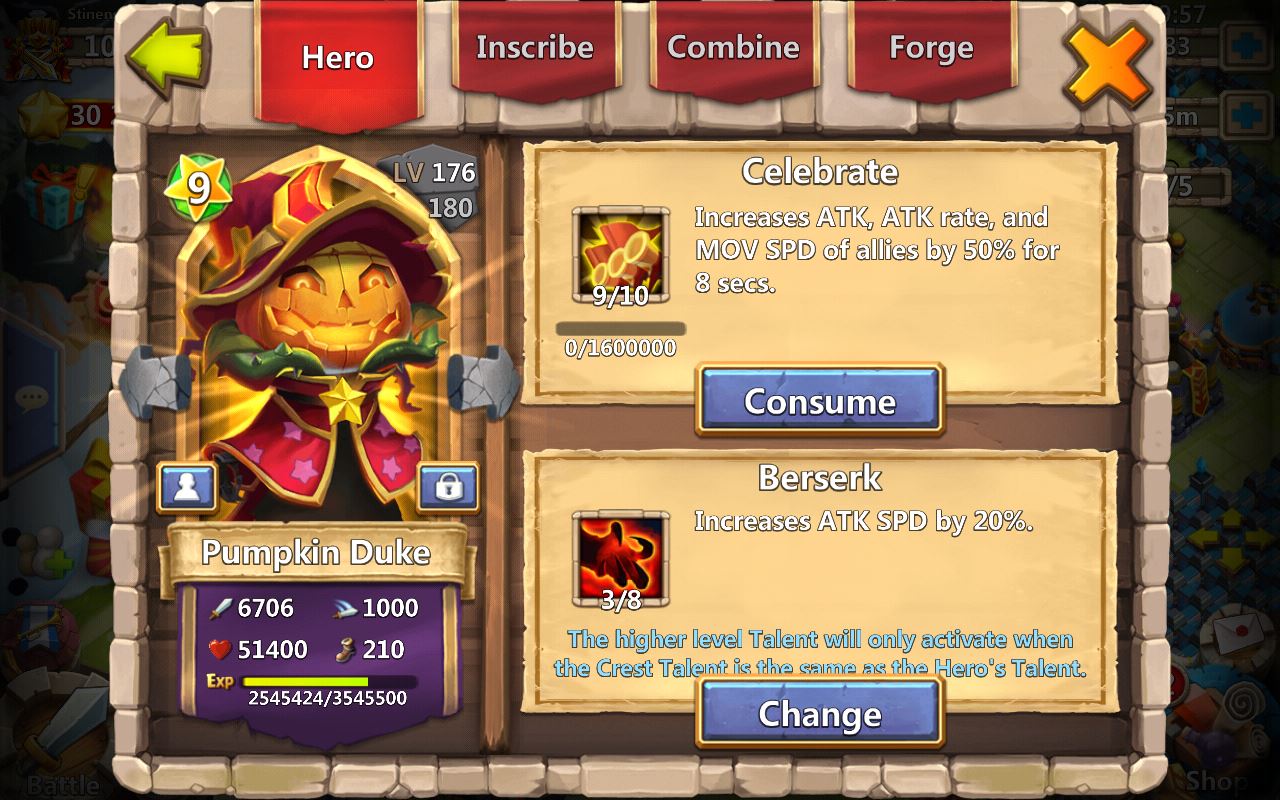 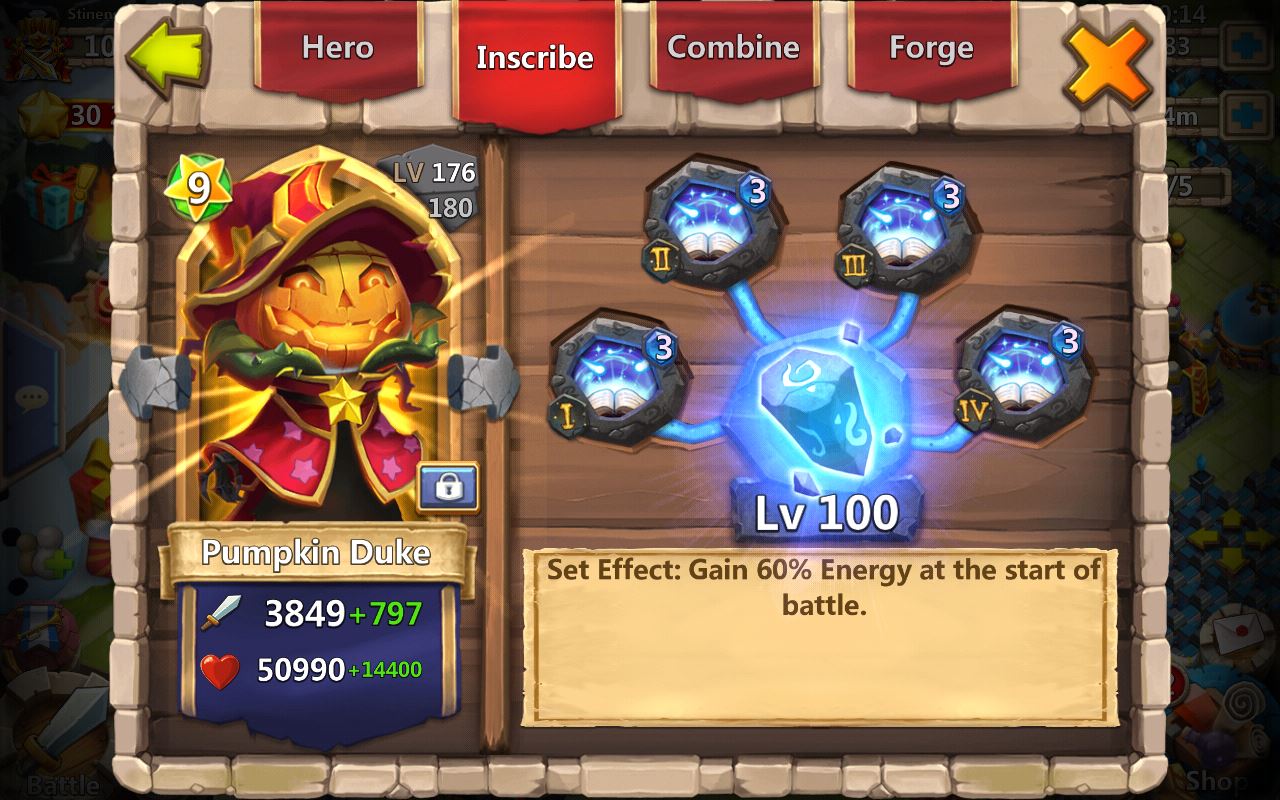 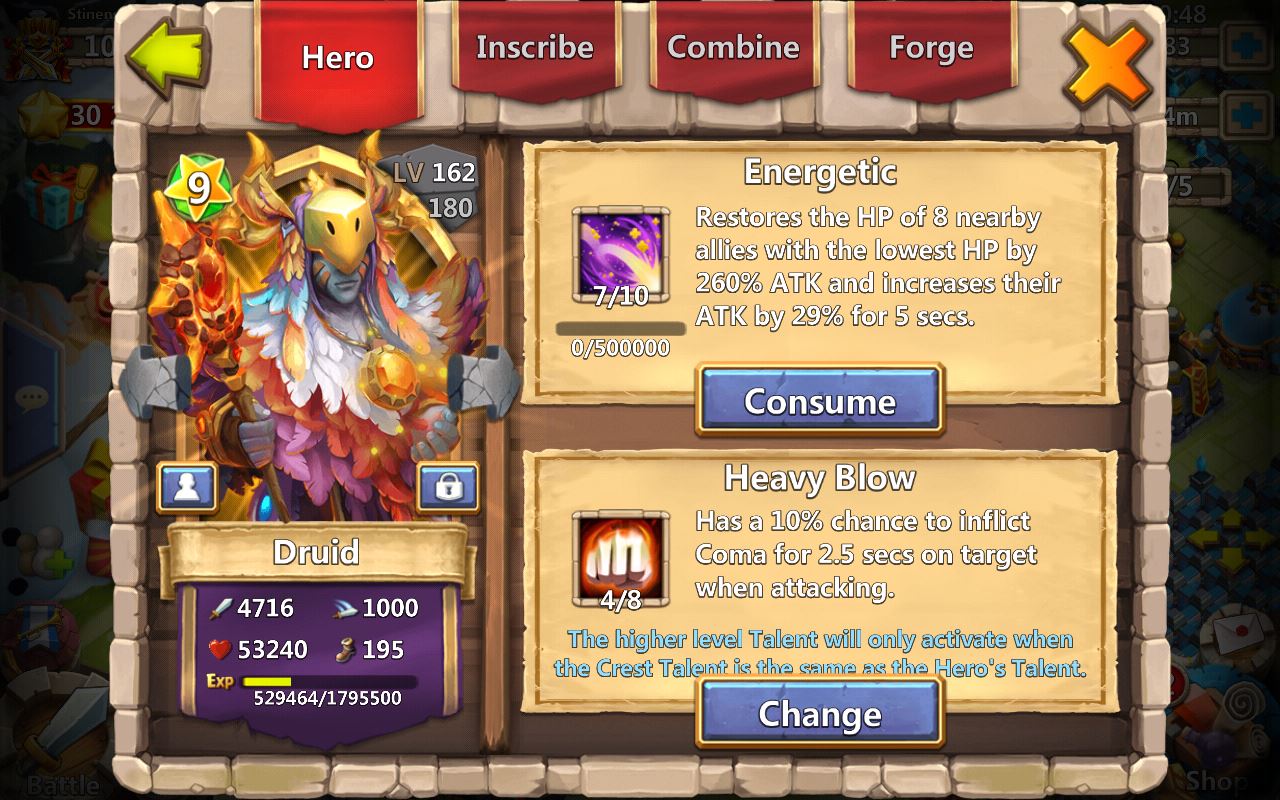 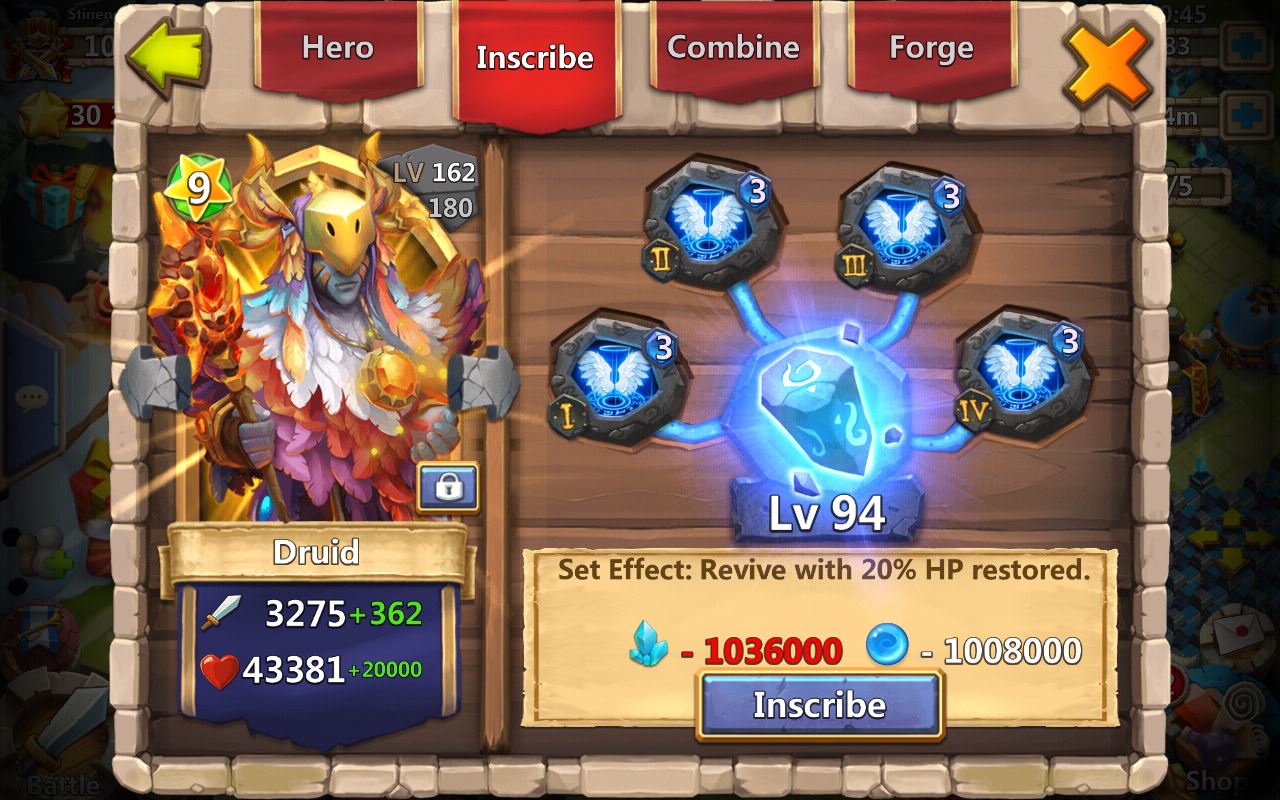 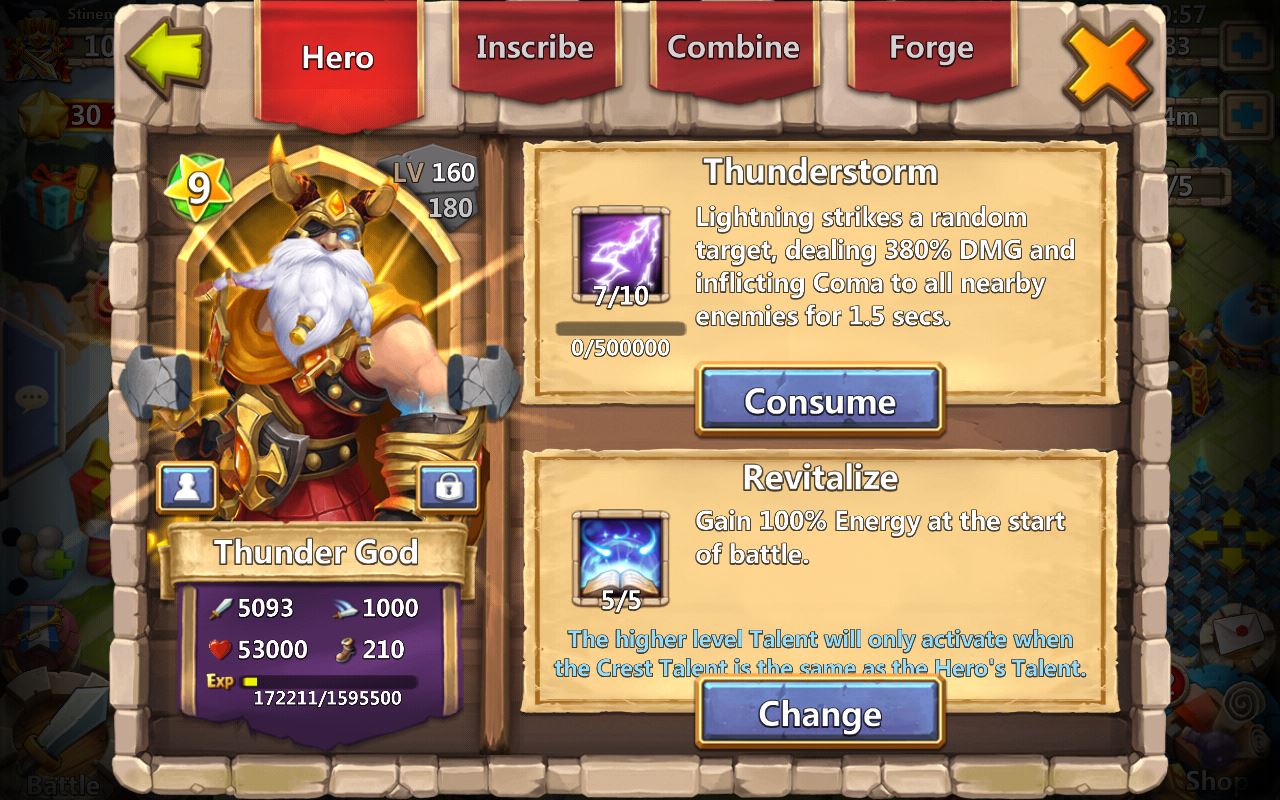 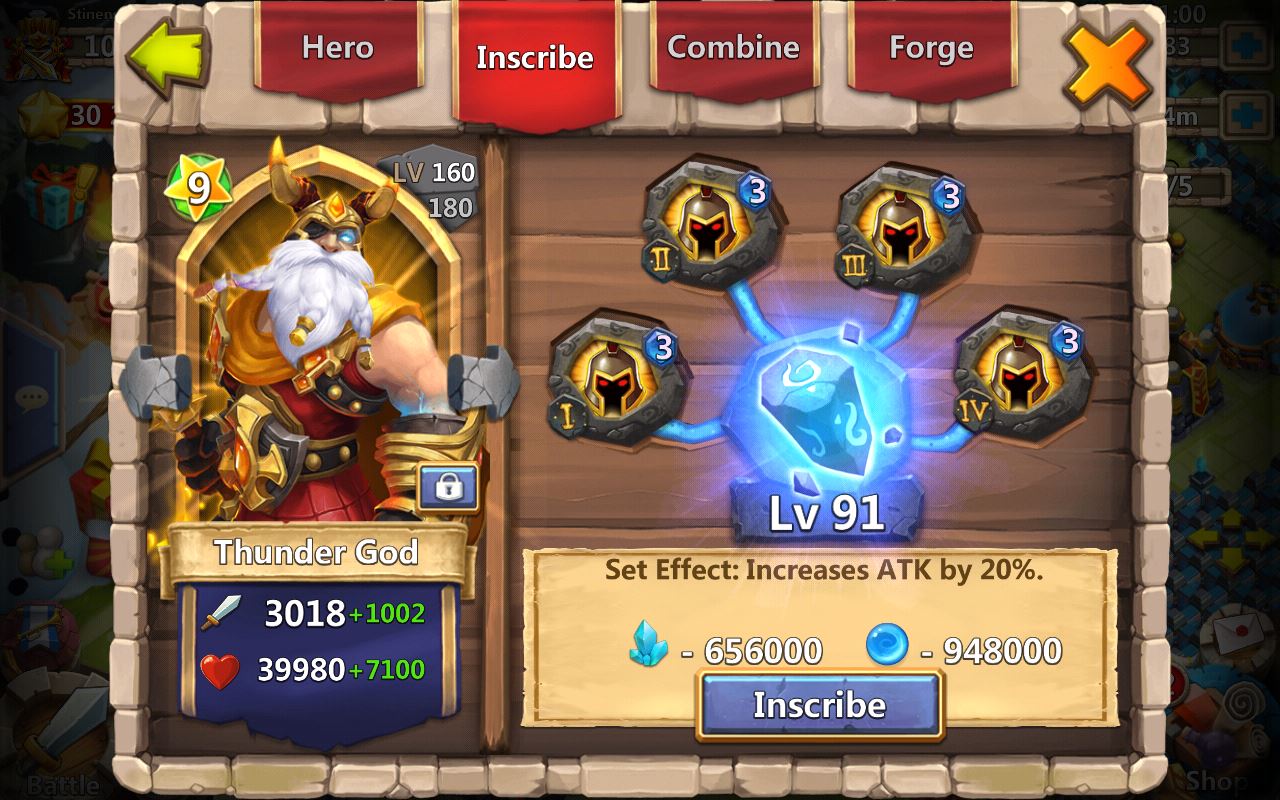 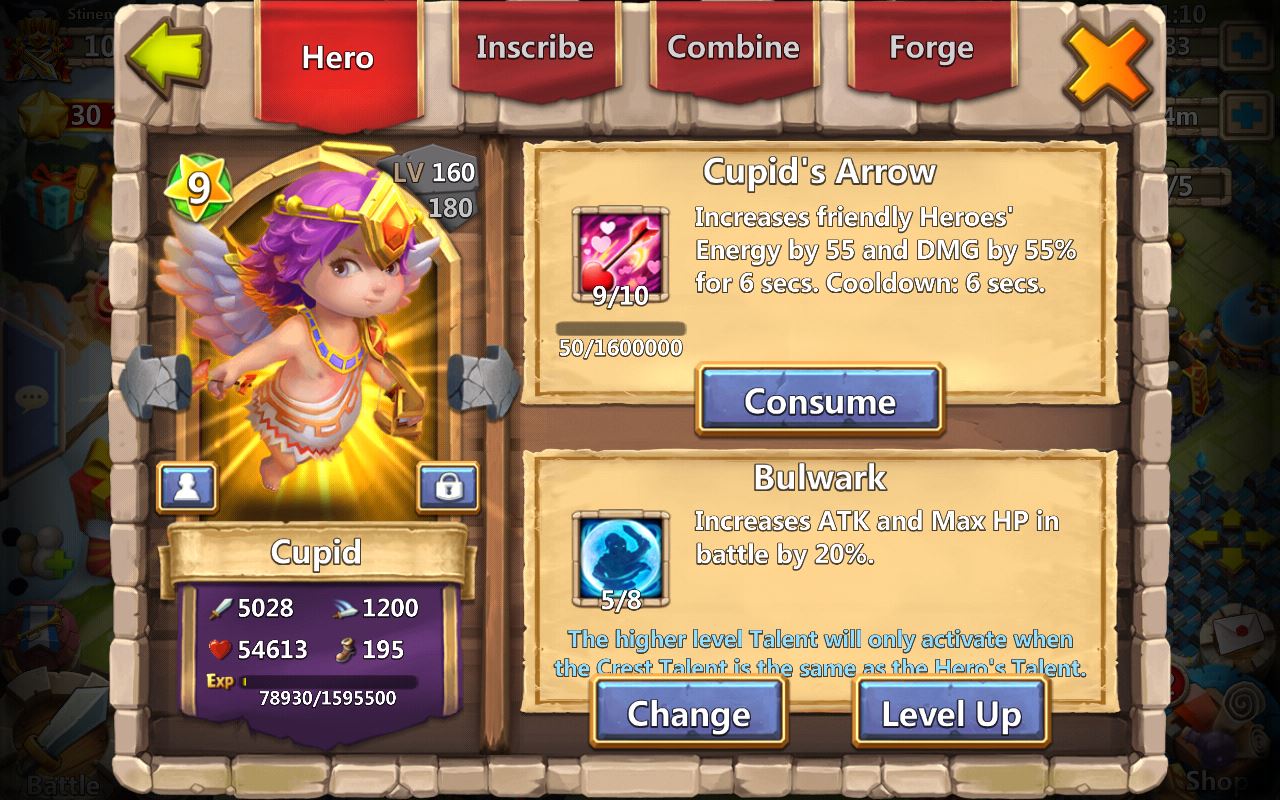 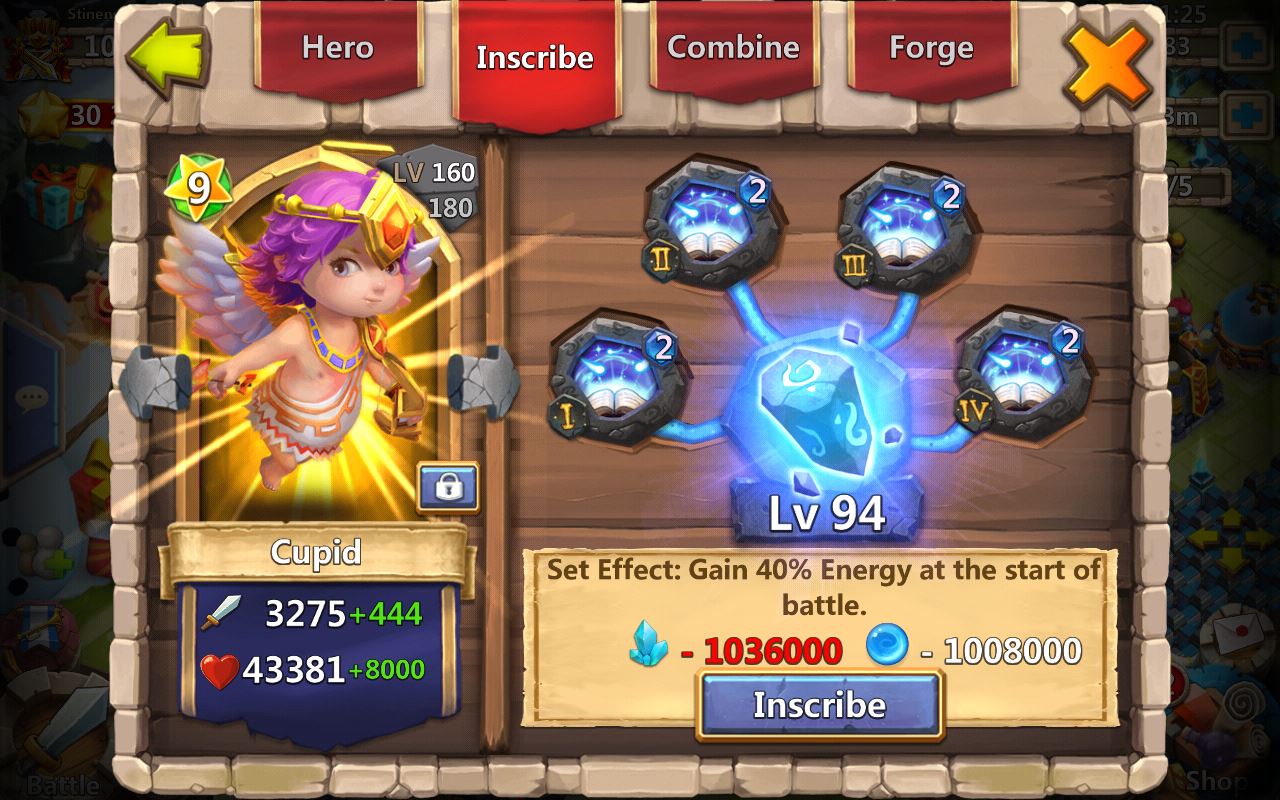 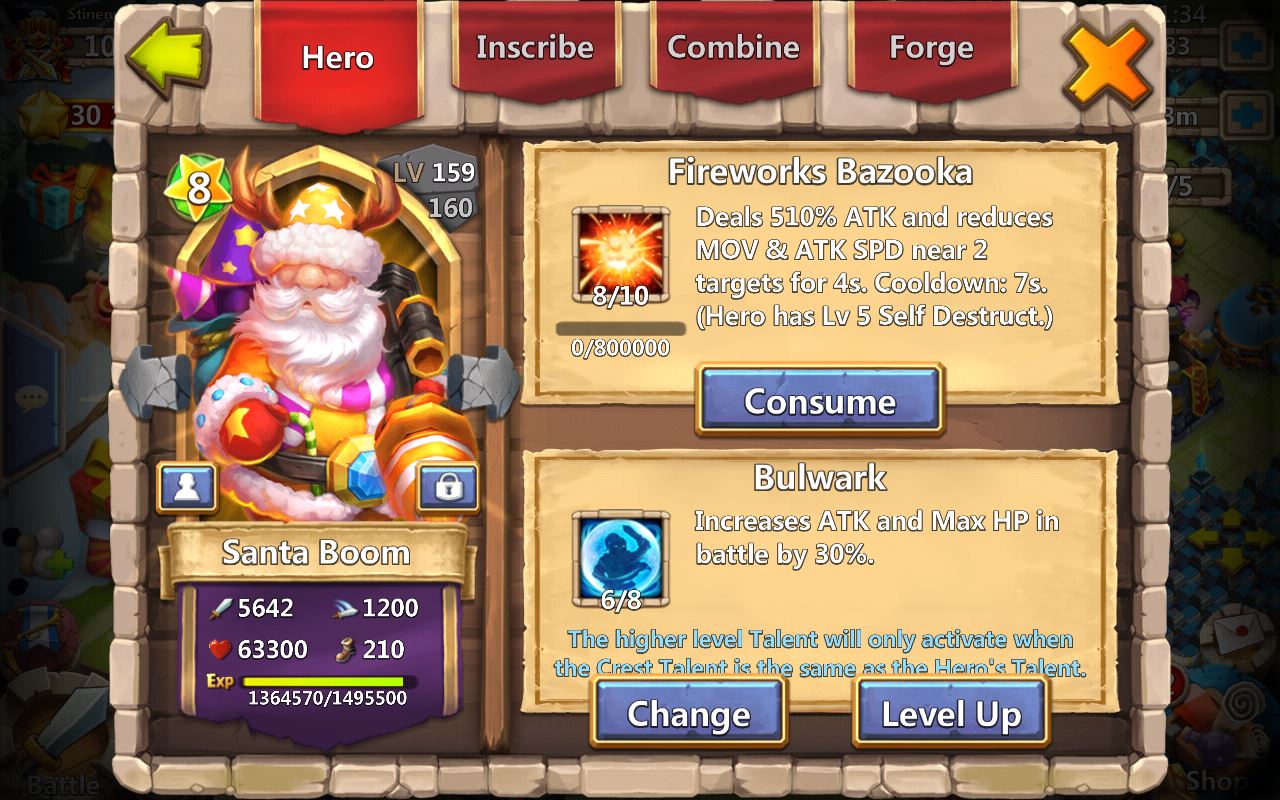 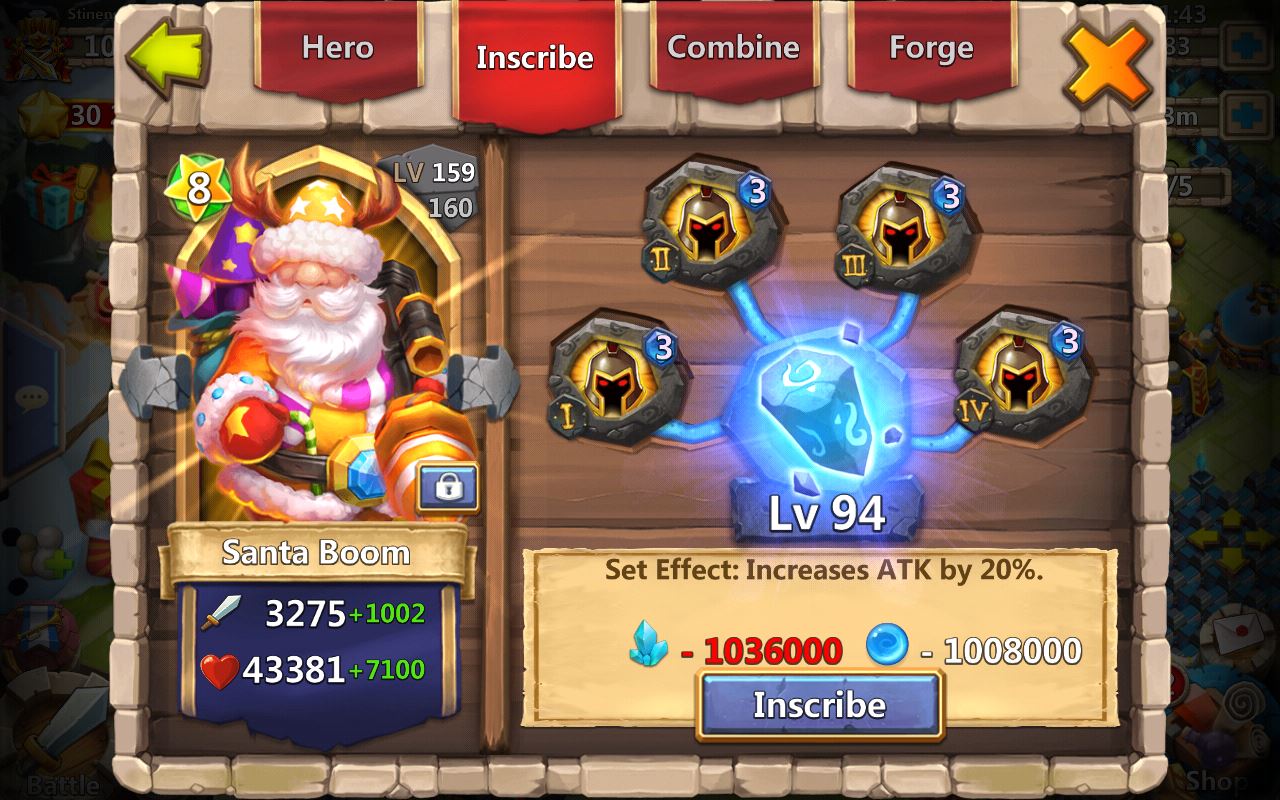 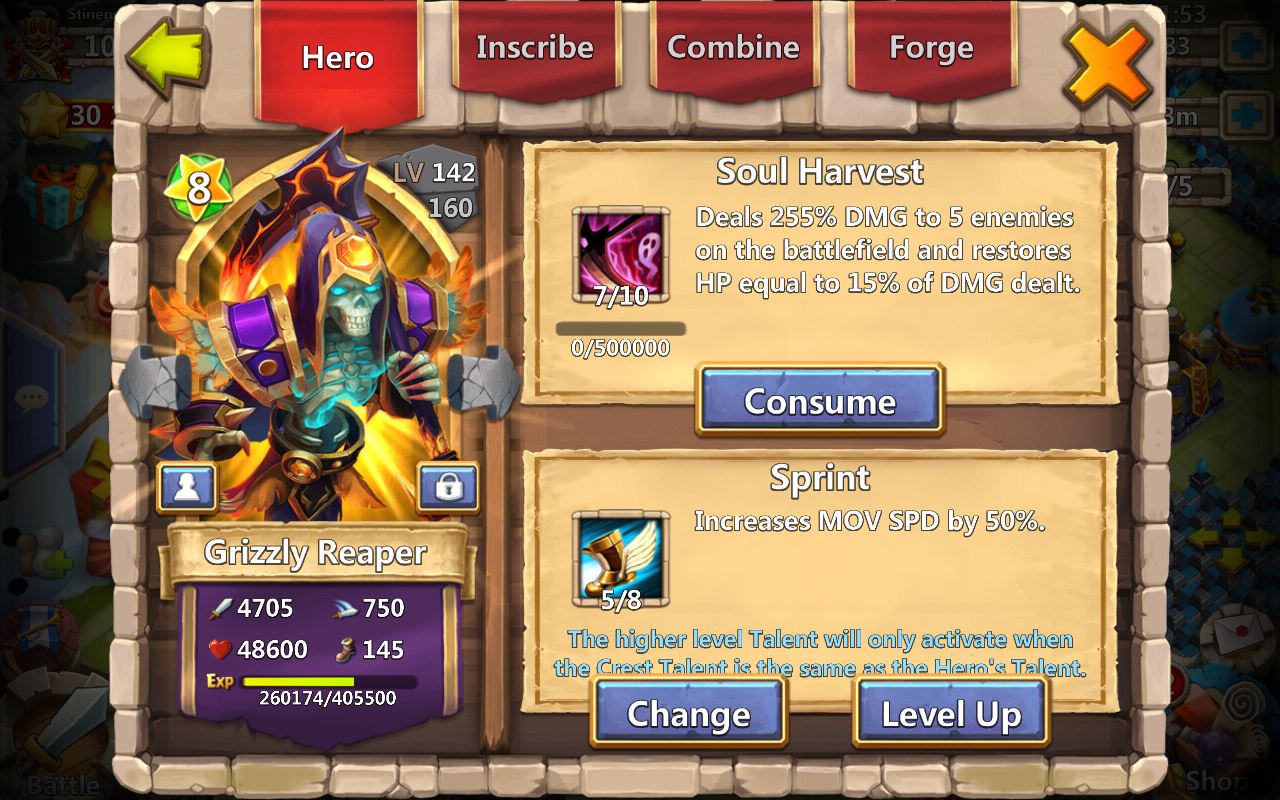 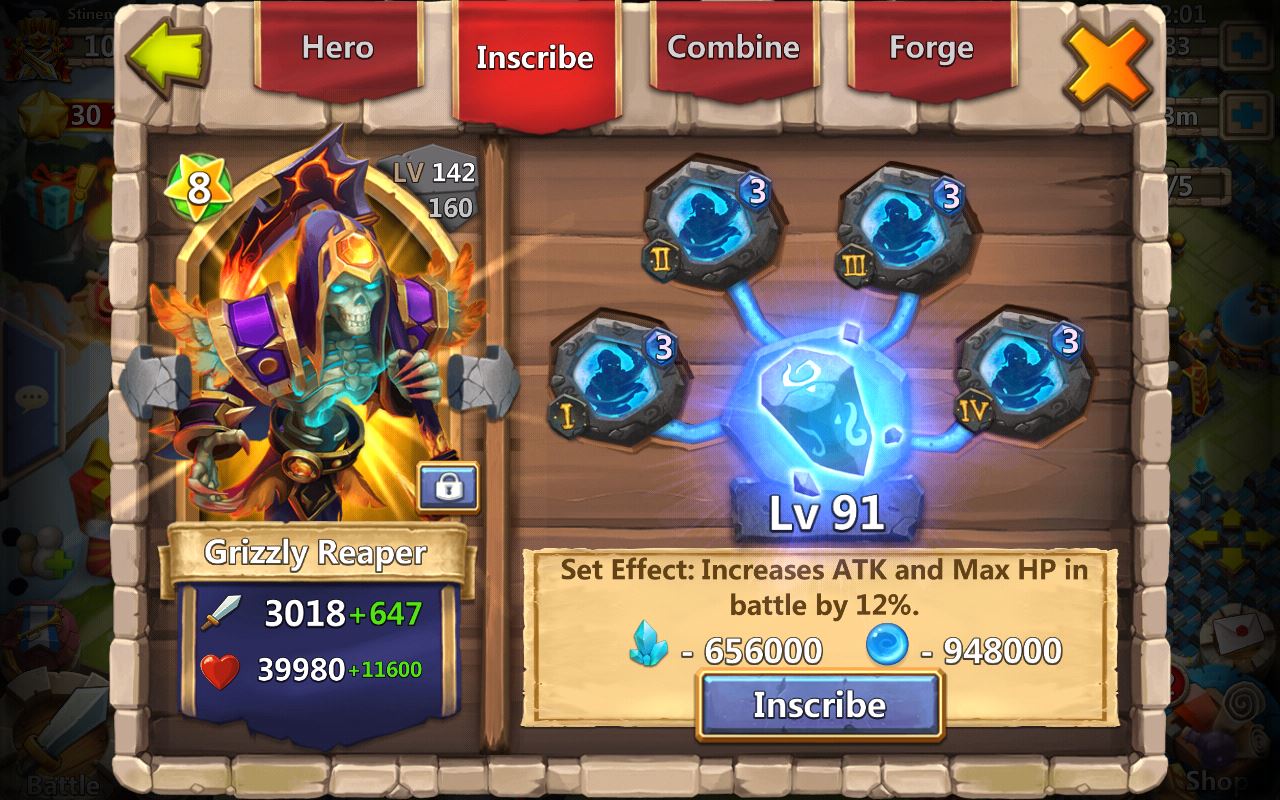 Hey, how many tries you needed for 4-6? Couse im stuck there!
Looks imposible, couse they still stun like crazy

want to know one thing.   which hero should  i drop first.  and target  should  be those 3 heroes  or tower?

BigOzzy Rated on 12/20/15 10:42:44 AM
I dropped PD first, but just kept my finger on the icon, effectively dropping them all (including copters) right away. Dropped GA and Frenzy where the guide suggests and Snowstorm right on the purple number 7 just to the right of the magic tower. As I said above, 3 tries all 98% or better.

Woah! I just did 4-10 first go with the exact drop specified here. I can't quite believe it!!! I followed these guides since ID 2-1 to the point and I faced a problem in about 4 dungeons out of the 30 I followed. In those 4 I looked at other guides and/or improvised. Here are my heroes for reference:

For everything the fixed four were:
PD, Cupid, Santa and SM. Vlad was the most used amongst the rest, only dropping him for 3 or 4 dungeons.

4-10 was achieved with:
PD, Cupid, Vlad, Santa, SM and TG. I was planning on dropping Vlad and didn't even have any crests on him. Placed the sprint 4 on SM and placing him on Lightening but I forgot to swap Vlad with Druid and was amazed with the result.

What i like about your guides is that you do it with 'normal' heroes .. great job stinensesko .. everybody can do it with super OP heroes with perfect talents .. but you did it with what you have and made it work .. and shared your experiences with the rest... kudos!

im working on a few more evolutions and levels to get past insane 2.7 but so far your guides have been rather helpful : ) and i look forward to using this one as well!

Stinensesko Rated on 1/11/16 5:08:38 PM
hope it can help , yeah evolve heroes would be really useful for clearing the dungeons

Thanks Stinensesko for guide ! Reached 4-10 but only 2 flamed it