If you encounter any issues in the recent Update, write information here for the Tech team to address.

Please provide a detailed explanation with pictures or video files presenting the issue, so that the technical staff can clearly understand the problem and respond quickly.

1. Insignia type and level is not view able in chat. 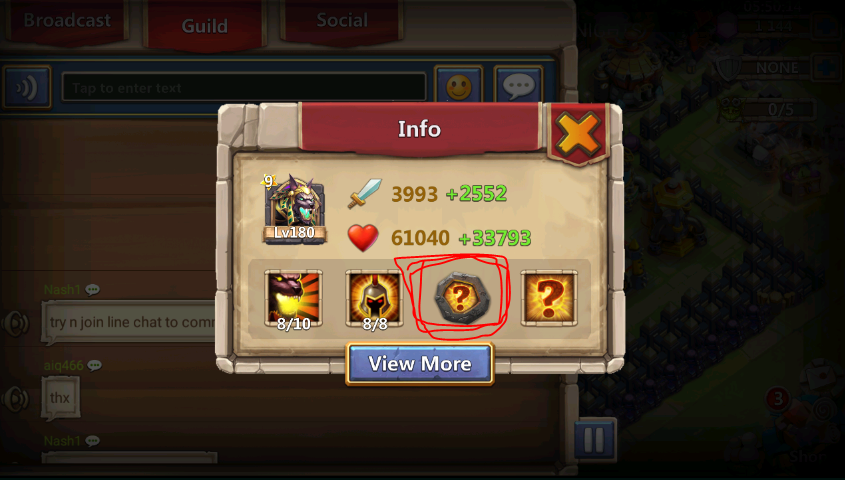 2. How insignia works??? - No tutorial or any info available?

3. In title rank gift packs, it does not show what level of crest set I am buying for Gems.
Rate Delete Ratings

iYoDa2point0 Rated on 7/2/18 5:43:50 AM
There is a guide on insignias in the “Guides” section of this forum posted by the Admin at the time of the update

ZoroCZ Rated on 6/14/18 10:25:55 AM
Just select insignia pack (or something alike) when you have warehouse building selected. Or in hero there is now crests and insignia tabs...

FirstLady Rated on 6/14/18 10:46:54 AM
I suggest you express yourself more appropriately for this enviornment.

In heroes altar if you use View filter and want to see heroes with crests, heroes with insignias are not there. I know, technically they are not crests but come on, it's the same thing.

Btw I believe adding a new filter insignias shouldn't be the solution!

iYoDa2point0 Rated on 7/2/18 5:45:06 AM
Crests and insignias are 2 seperate items, i believe there will eventually be an isignia option to filter by

Signature
Cheap 0.99USD p2p who likes to think of himself as f2p :D

The update said something about buying or rolling Heroes from a limited pool.  I was just assuming it would show on the new update can someone tell me where this option is available

Cichociemiak Rated on 6/14/18 4:09:49 PM
this is not bug, or place to ask that questions. Search forum, and you would know that this feature is more like event, which was not today. You need to check event tab and wait.

Signature
When good men do nothing evil wins

Game Crash: With a row wall where the row consists of walls below max level. i.e level less than level 15   1. Click on a wall to select. 2. Click Full Row  2. Click anywhere else. 3. CC Crash 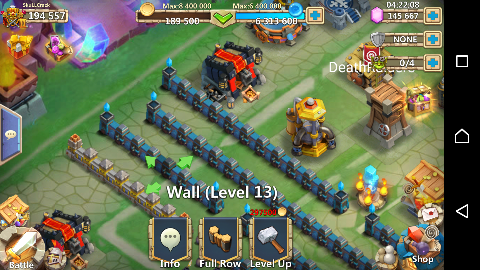 Cichociemiak Rated on 6/15/18 6:06:24 AM
Thanks for reporting, i have checked it and i had same situation. Game crashed when i moved full row of walls.

The game still disconnects in Ember Army for no apparent reason, past about Wave 14 or 15 or so, for me.

Once I reach Wave 14 or 15, it is a crap shoot as to whether I will be disconnected or not. Sometimes it will disconnect me on both runs, sometimes one, sometimes not at all.

It's not a connection issue as this only ever seems to happen in Ember Army, after Wave 14 or so.

It's not a hardware issue, because again it happens on three different devices... one of which is relatively new and not suffering from running older hardware (it runs on FFx4 no problems, without need for Min. Req.).

It doesn't appear to be a visual effects lag issue, as far as I can tell, because using the Min. Req. option doesn't help, either. I've had the problem with it on and with it off.

I don't have a screenshot, but only because there isn't much to screen shot with this. It hits Wave 14 or so, then just pops up the "you have been disconnected" message. No glitching that I can see, no weirdness, just one second it seems fine, the next I've been disconnected and my run ruined.

It appears to maybe be base related or Hero related, since changing one or the other can seemingly make it stop doing this for a while, but that could just be the semi-randomness of this bug.

I can't exactly experiment with this too much if I want anything resembling a half-decent score... not that I'm getting much of one, anyway. Still, I've tried to narrow it down as much as possible.

Bug:
You can't equip a rune set and an insignia at the same time.

So it's not possible to have a 5/5 revitalize rune set with a 5/5 revive insignia set and a 8/8 Talent at the same time.

Cichociemiak Rated on 6/15/18 6:02:38 AM
It is not bug. Where there were information that you could equip Insignia along with Crests ?? You still can have 1 talent and 1 additional effect, no matter if this effect is from Crests or Insignia.

Mebysilk321 Rated on 6/15/18 6:06:43 AM
Well it was my imagination. Was excited to equip all my heroes with a revive lvl1 insignia or something like that

Cichociemiak Rated on 6/15/18 6:23:45 AM
It would be great if we could equip them both, but i bet this option will not coma that quickly. But on other hand balance would be wasted even more. Now ppl must choose either Revive or different crest.

Signature
Nothing spectacular, just a friendly neutral person in the mid age from EU

This is sporadic but after spinning friendly wheel, it still shows exclamation mark even though I don't have 8 hearts.

Wth the new update its no one logging in in guildhouse to donate Shads to Guild.
The donation direct in Quest is draining Guilds from donations.
Solution?
Fix so that 50 shads is automatticly donated when donating in questbord, or when logging in 1:st time in a new day.
As it is now adays the only way to grow Guild in number of ppl is to have approx 400 000 a DAY to pe om "toplist" and be visible for presumtive newcomers.
The old inviting way and ppl asking to join is "dead" now