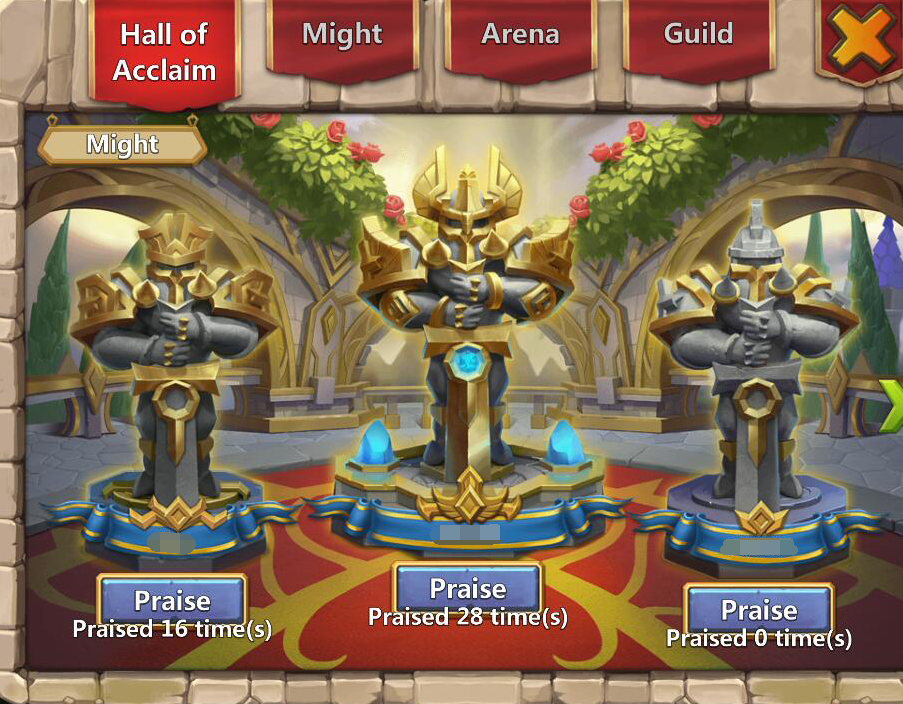 ~Anyone can Praise the players featured in the Hall of Acclaim.

~Players will receive a Praiser’s Pack after Praising.

~Each player may Praise in each rankings category once per day.

~The total number of Praises each featured player receives is shown. 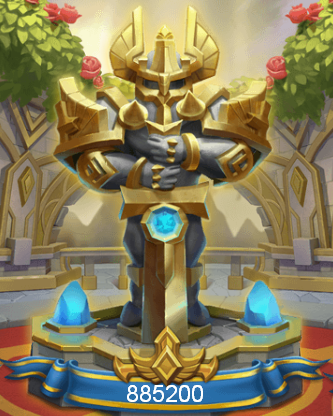 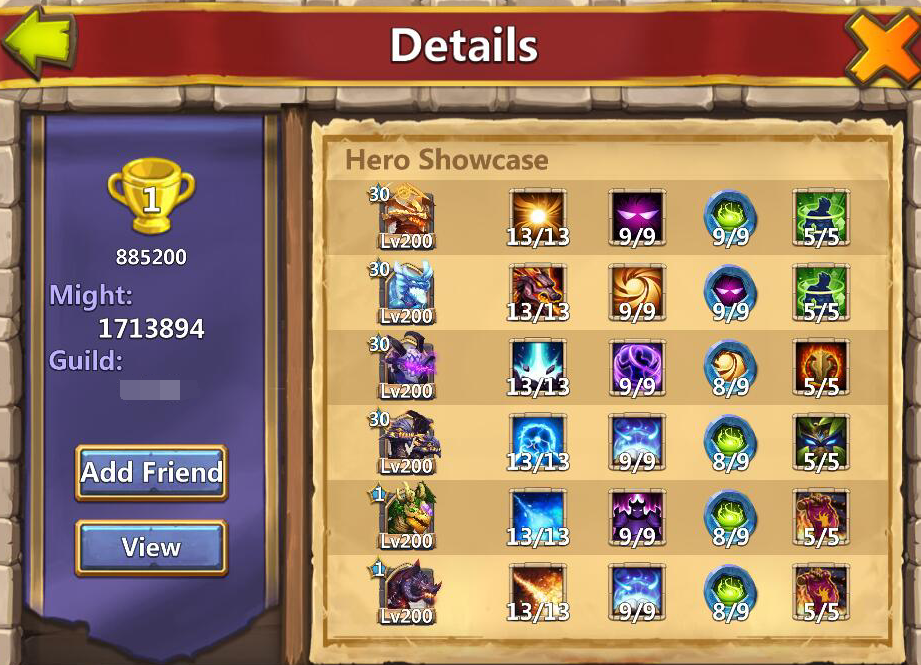 ~Tap on a statue to view its details.

~Tap on another player’s statue to view his/her details and Hero Showcase.

~When a Hall of Acclaim player comes online, a scrolling message will appear server-wide (3 times consecutively) to announce this.

~After the broadcast ends, it will not show again for a while, even if you re-log in. 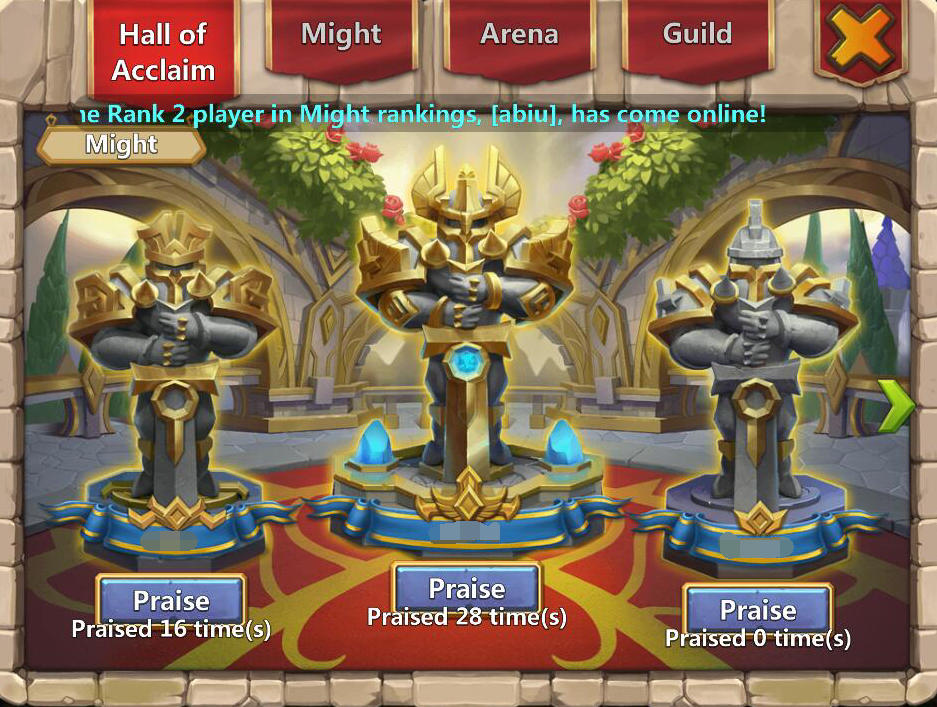