EDIT: with some video to prove it

Even with strong heroes, however, ppl rely on stun towers to farm (win 95%+) S. Like many, I don't like wasting exp on elites or ordinaries. So here's how to ditch those and increase your win-rate.

Step 1:
Dump your corner base and build a cc-hyuga sidebase.

As is, it's susceptible to 1) flying units off the back; 2) having walls broken. The first is a huge problem for S, as the waves' most dangerous units are all flying. To fix this, reorganize your hero bases from two rows of three to the pic shown below. 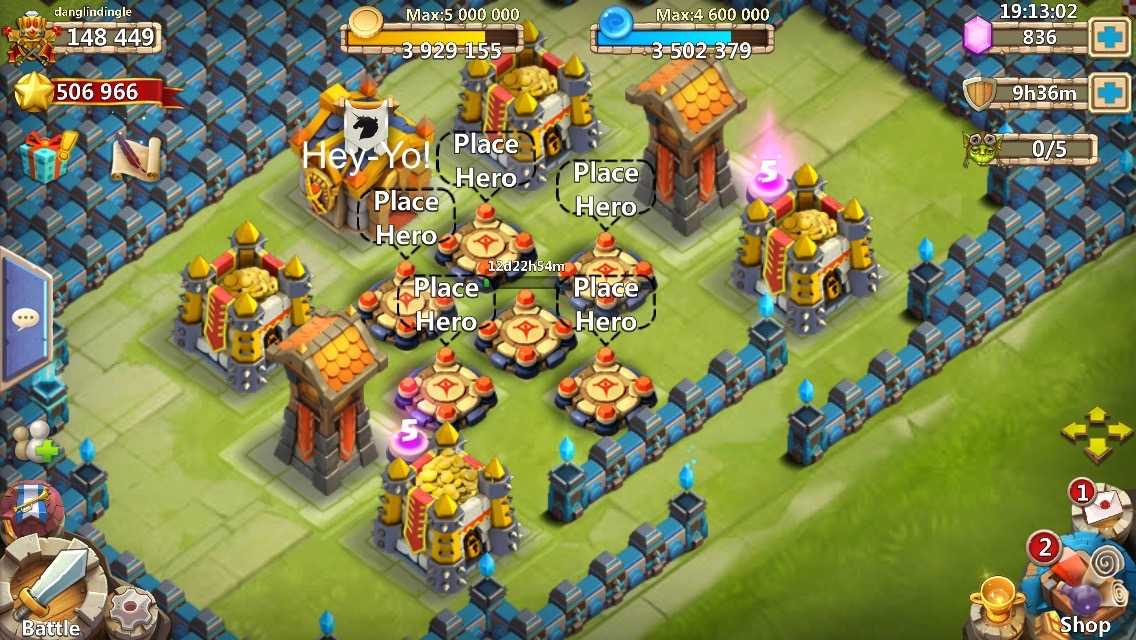 Next pull all exterior buildings far away from your walls. If heroes get too close and the building they're locked onto go down before they turn the corner for the single entrance, they could break walls. Not many TG procs reach your heroes with the simple setup below. 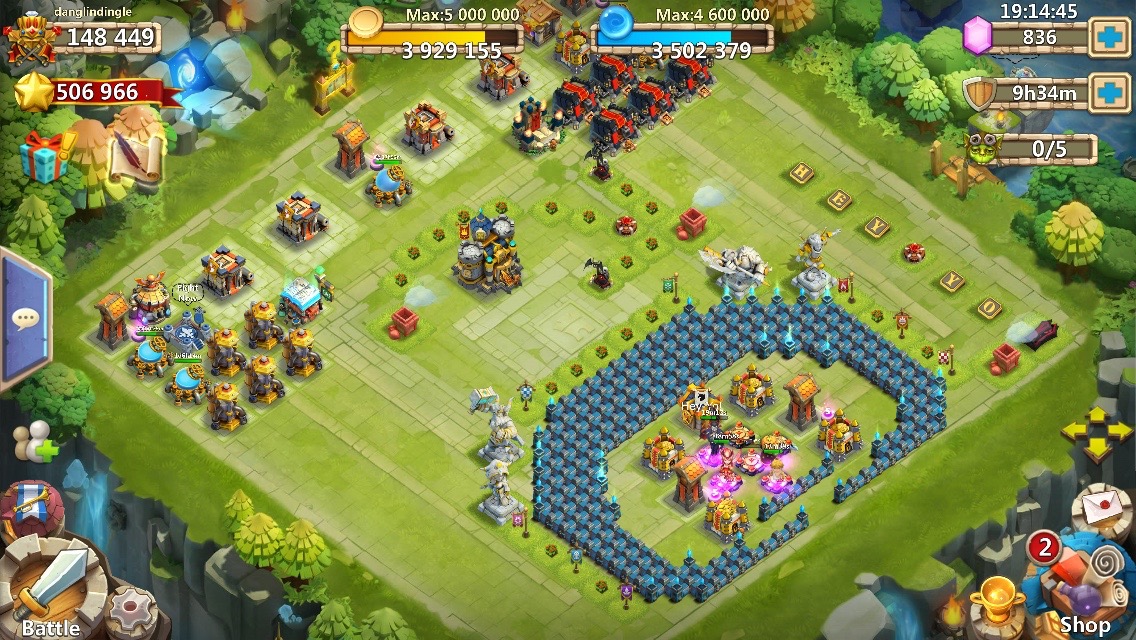 I benched my 10-star, 95i, 9/10, 5/8WG Santa a month ago and haven't looked back. PvP he's a beast - never drop him. High lvl HBM is different animal. 1) He's flawed; at some point he'll go down, as a wave isolates him and he sends two missiles to Pluto trying to kill a single fairy dragon. 2) You don't need more atk power; you need more defensive capability.

I can't tell you how many times 2 waves swallowed Cupid and PD, but massive heals (60k+) from the Pixie + Druid combo kept them alive. It's essential.

This is the necessary formation: 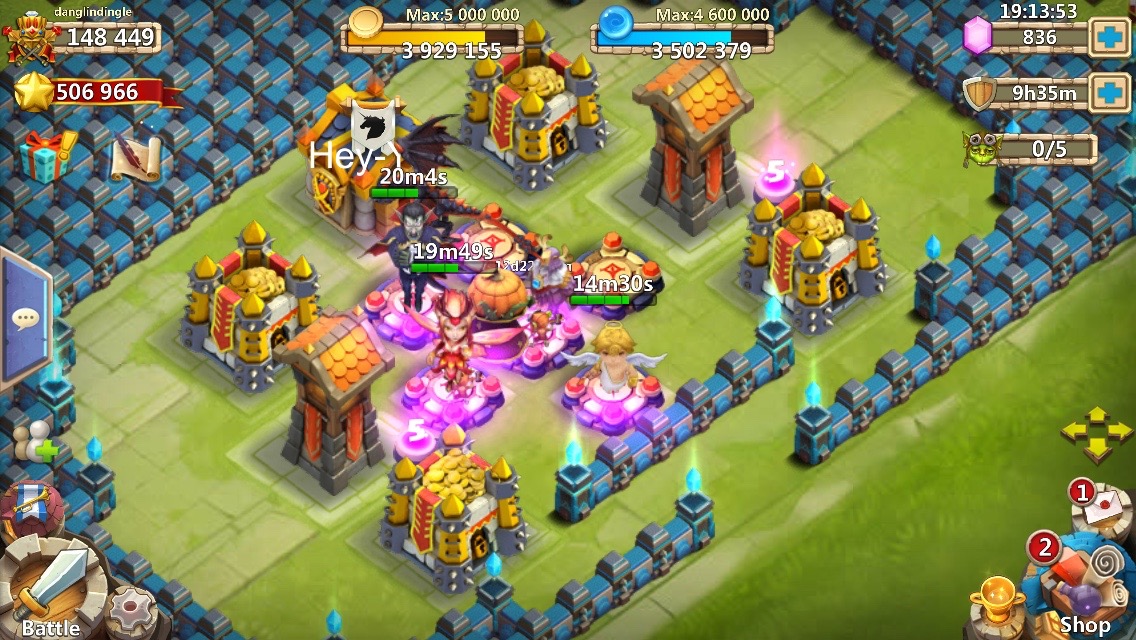 Distance and angles between hero bases prevents giant Molt from taking them all out in a single proc, as long as your heroes hold their ground at the point of entry and don't die.

Step 3:
Level (and use) defensive talents/crests - even "ordinary" ones.

The hero formation above relies on Cupid tanking. Vlad and Molt need to stonewall flying back waves before they destroy your buildings (#1 way to lose S). Cupid (and PD) tanking separately in the front will provide enough targets to keep everyone's energy and atk stacking like it should. Anyone else tanking in front is less ideal.

Bringing PD from 5 to 8 zerk allowed me to go from 80-85% win rate, to 95%+. It also put me on the top-5 (speed) leader boards for just about every S wave (on iOS). Without everyone attacking extremely fast, building HP at these levels are just too low to win consistently. Speeding everyone up is the best way to circumvent w/o gemming your builders.

AceMan Rated on 8/6/15 3:56:51 AM
I just copied the base few days ago, and I do not have molt nor pixie. I switched molt for orc and pixie for siren. Also I switched the druid with siren in place so I'll have healers on both sides. I do think that a flying unit will be better then orc but it provides me the healing effect. It did move me from farming P to farming Q, and I did pass R (on my first try). I didn't try S yet, but I'll try later I assume. By the way, I have slow down crest on cupid and druid - it helps a lot with slowing the boss, and killing it even before he strikes. Great Base!

Something tells me you're not even close to farming S.

danglindingle Rated on 7/30/15 10:54:39 PM
Dang, you're logic and sense of reasoning is too perfect. I can't argue. You win. I lose. I'll never say anything to challenge your authority again. Please be gentle.

PaljonRahaa Rated on 8/4/15 8:24:18 PM
Uhoh, someone's butthurt. There's no point in "arguing" about whether or not you can farm S, as it's not a matter of opinion. There's no way I am going to believe that someone who can't even beat T with 6 towers, level 25 hero bases, level 8 talents, etc etc, is even able to farm S. Doesn't add up. The fact you had as many screenshots on hand in less than a day's notice is also proof you've been saving them for a while-- you can beat S at 50%, be a mile away from "farming S", and it would only take you a couple days to save that many. Post an unedited video of you beating S 8 times in a row-- or even 7/8 times-- and I'll apologize. But I know the top players in the game aren't "farming S", so you aren't either, unless you have a b.s. definition of "farming" like every other braggart. The only thing in your post that was even on the money about making S easier is that you took your PD to Zerk 8, which would also make speed records a lot easier as well. Everything else you said was utter rubbish.

danglindingle Rated on 8/6/15 12:33:02 AM
I could care less what you believe. The fact is I'm getting 680 shards/ day from HBM and you're apparently not. Which is why you're the butthurt one, not I lol. I could care less about proving anything to you. You're nobody. You're lucky enough that I made the post. Btw, HBM maxes at 6, of which I have unedited video of that many victories in a row, not 8. Noob.

danglindingle Rated on 8/6/15 12:38:23 AM
Also, learn to read. My hero bases are lvl 21. And I use 2 towers inside my base. Guess I'm not surprised you overlooked that, since you simply believe whatever you want to be true, without basis, anyway.

MyNameIsAmin Rated on 8/6/15 4:55:59 AM
I believing u,just ignore them, response to positive comment only.at the beginning most player said its immposible beat s without vlad now i beat it....farming S is not impossible!

danglindingle Rated on 7/30/15 11:00:52 PM
Even if I post 50+ S5 victory screenshots, who's to say I didn't use 200 attempts? I can post them, but they're meaningless. I have video of strings of victories, but I'm not opening a youtube account for the purpose of pleasing you lol. Believe whatever you want to justify being stuck on R.

Brian_G Rated on 8/12/15 2:38:53 PM
This is a hilarious joke post, how did you guys miss that?What else could it be when darren questions someone else's credibility? It has to be nothing but a joke. FFS, just look at darren's sig below.

When I start farming a new HBM, I typically ss about 20 or so runs to edit a table used to see the average exp differences of each level. So to provide some small amount of credibility, I'll upload them... 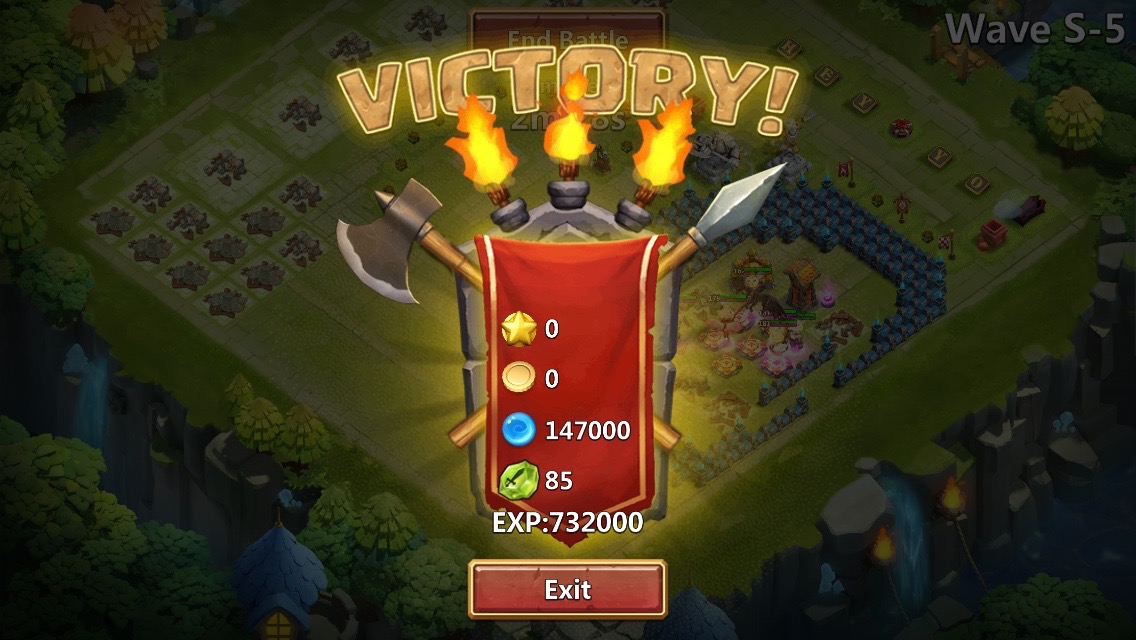 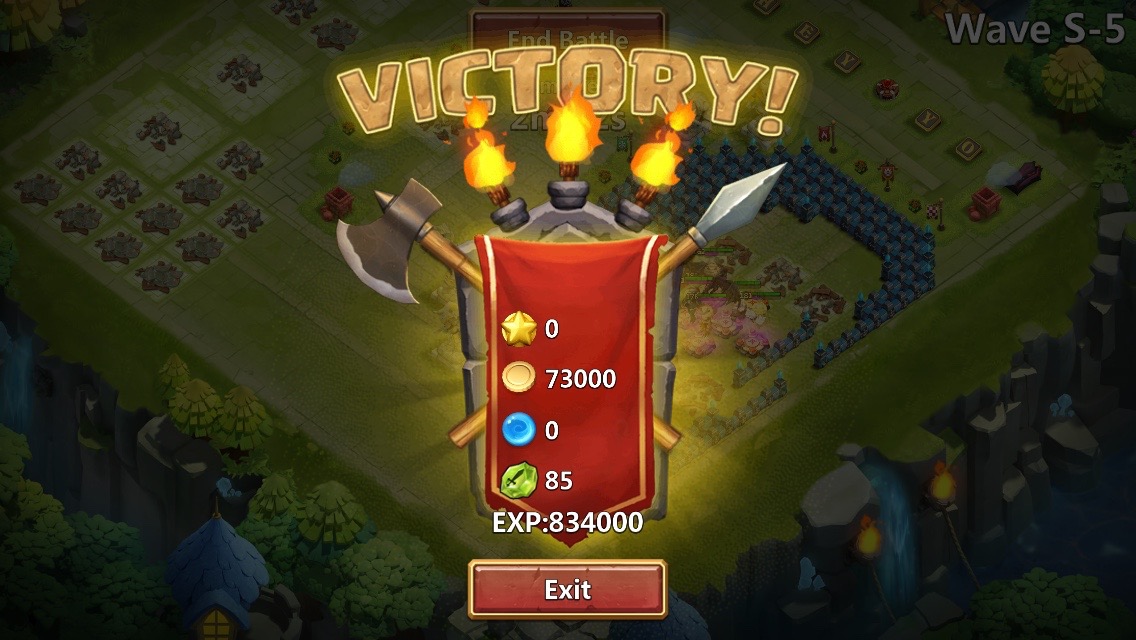 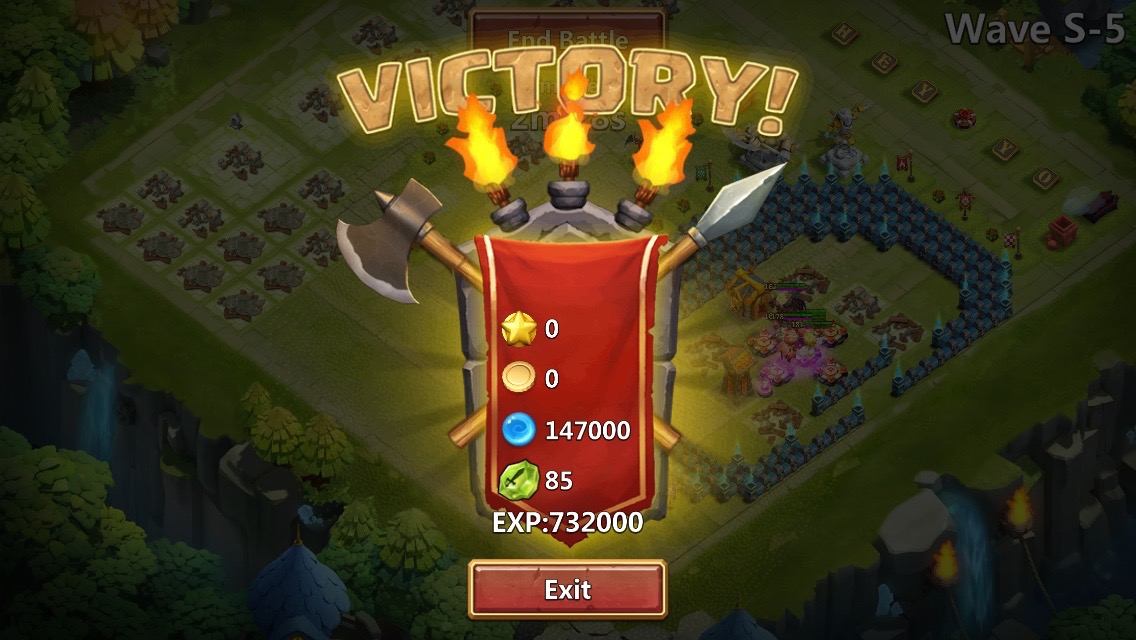 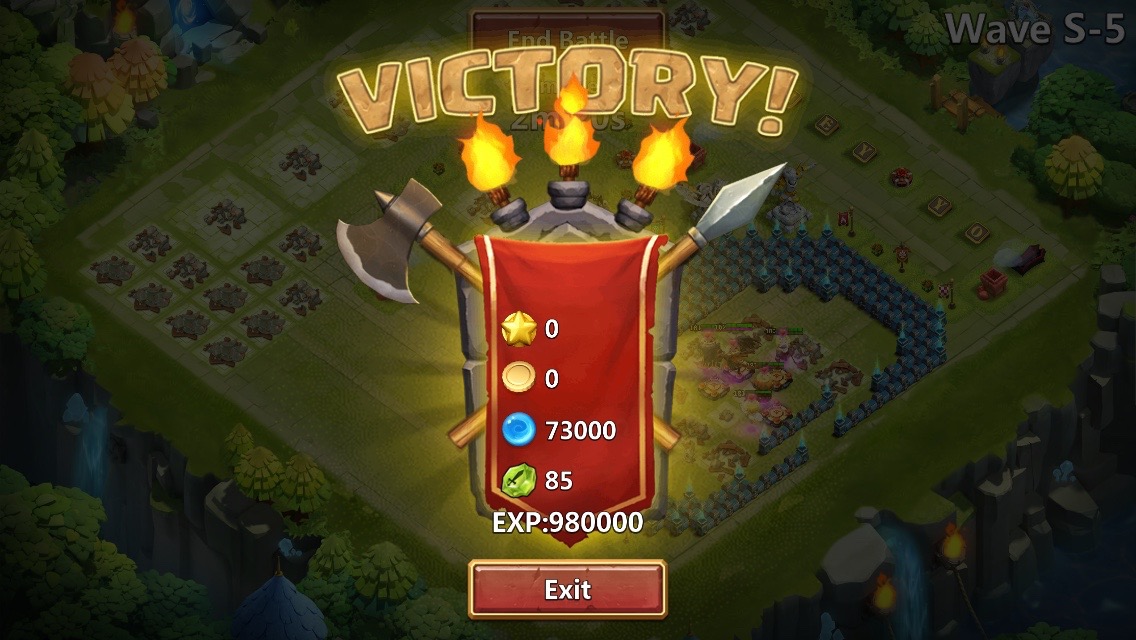 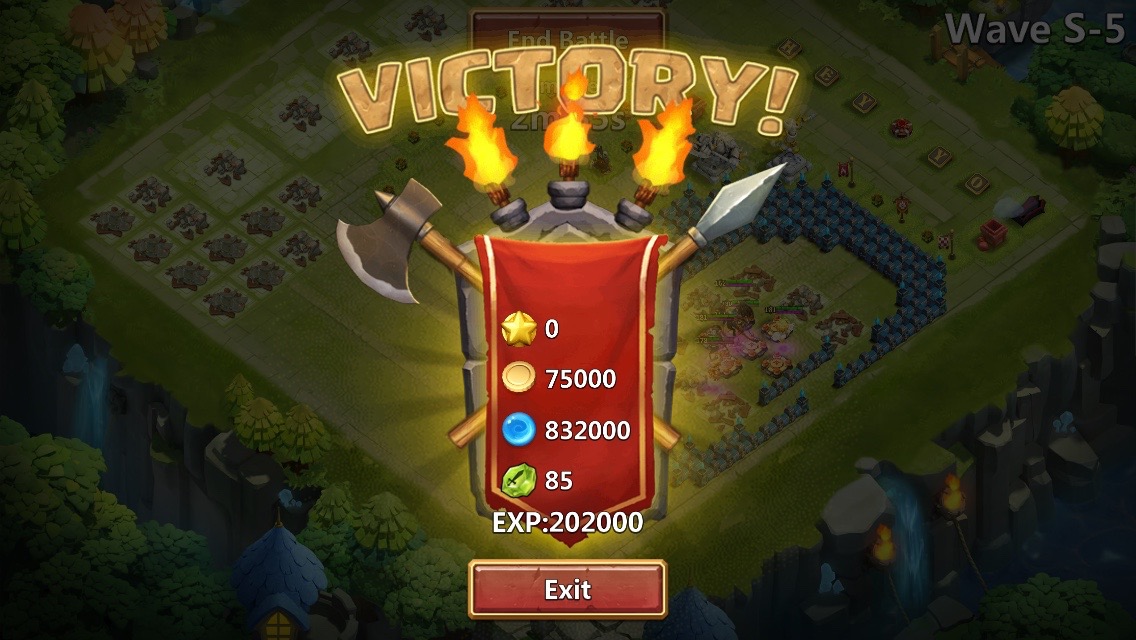 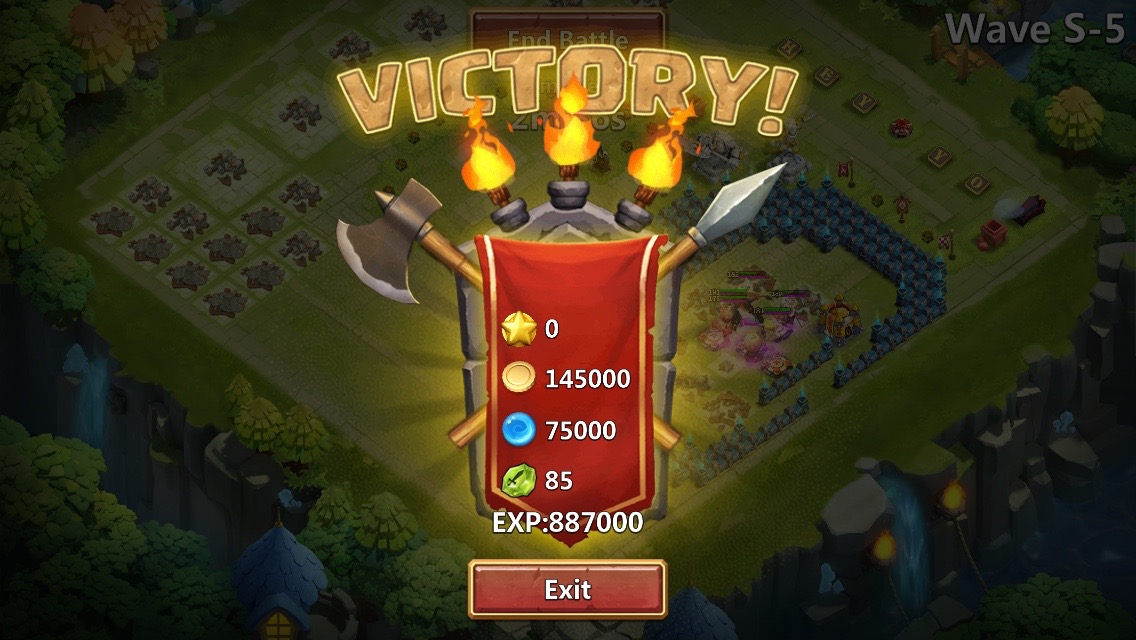 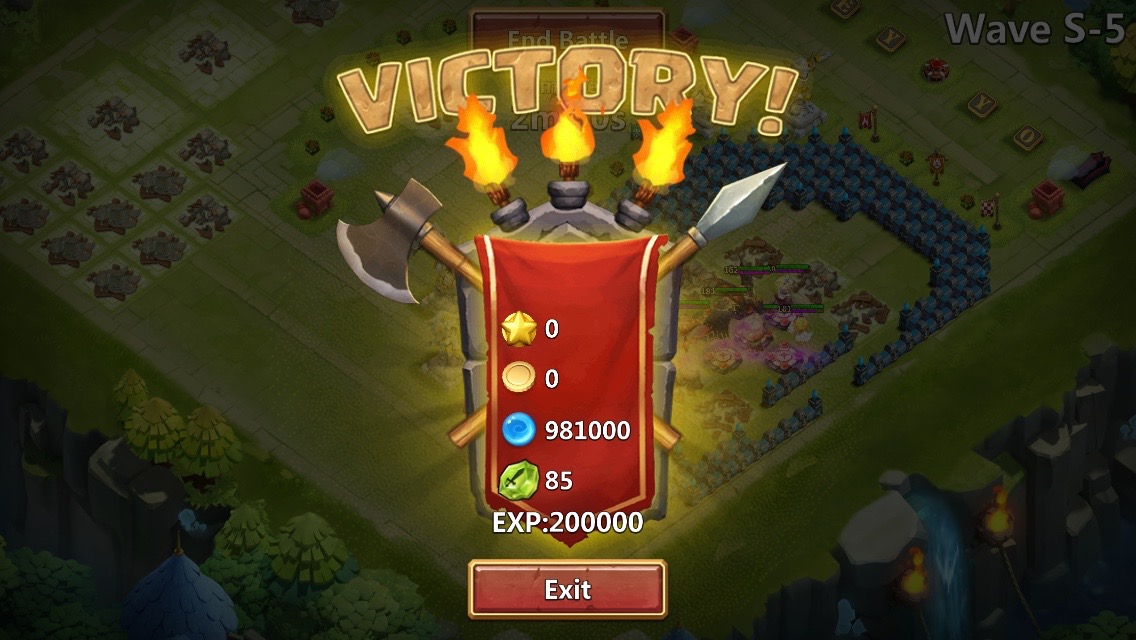 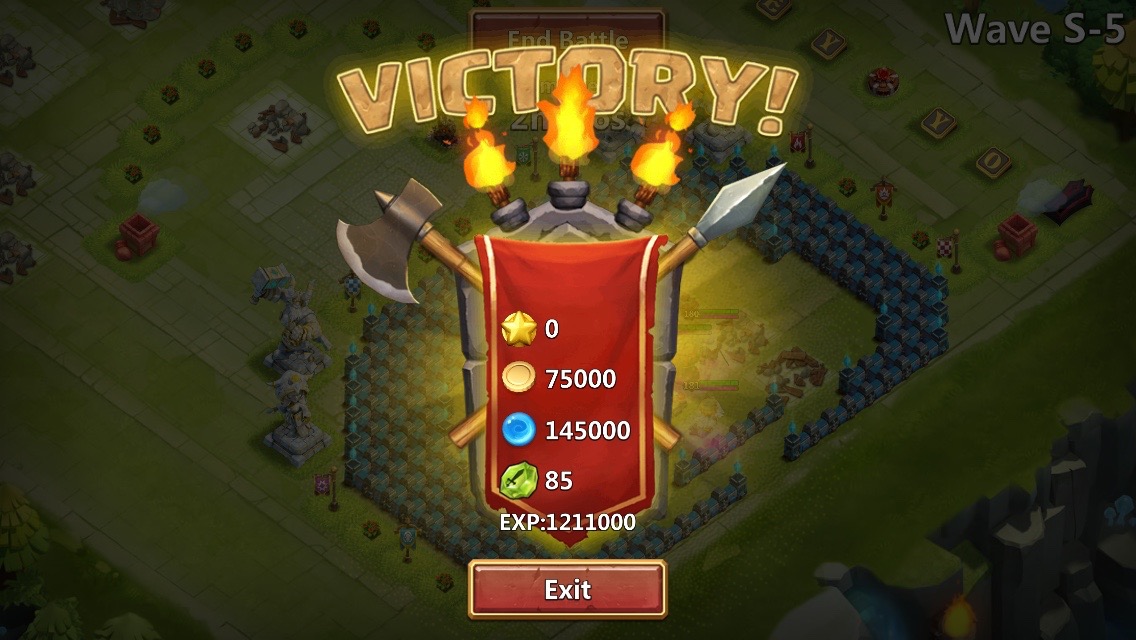 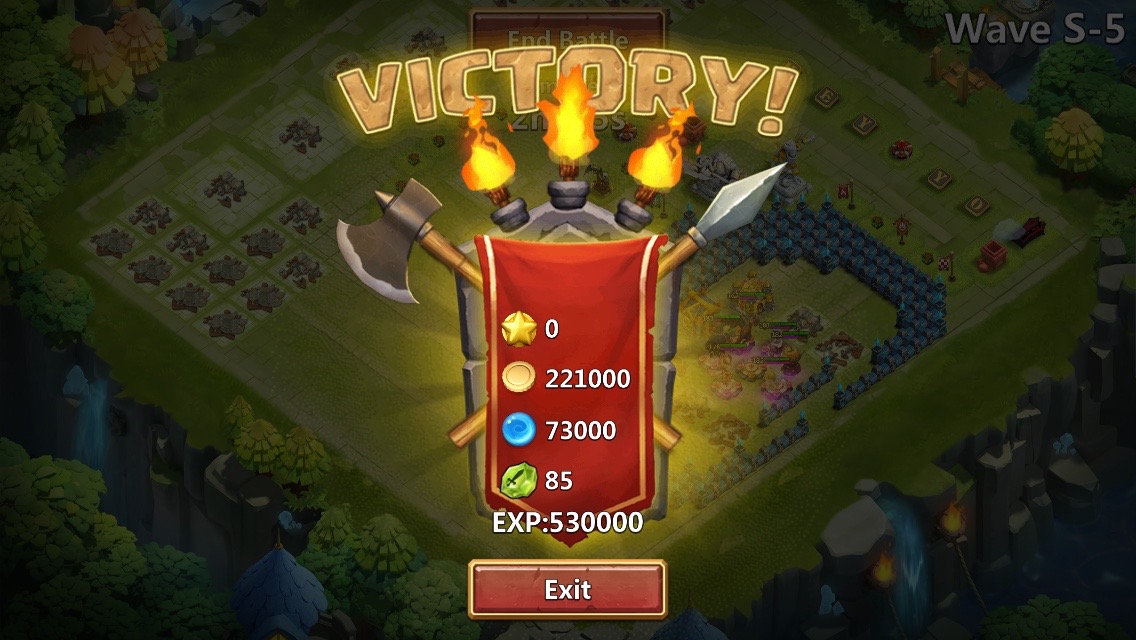 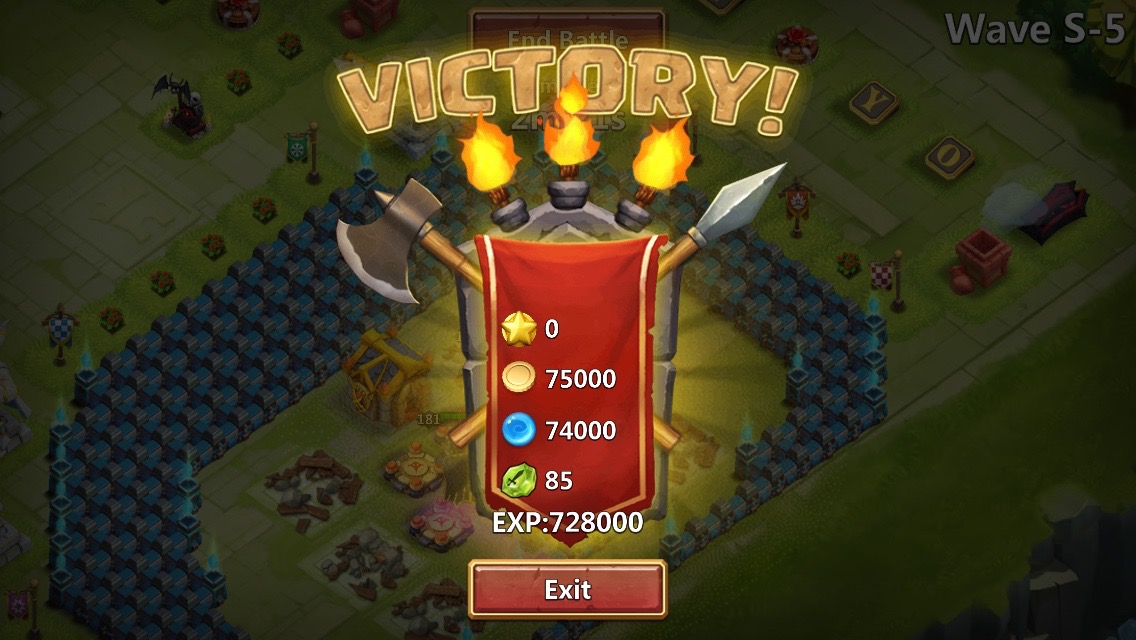 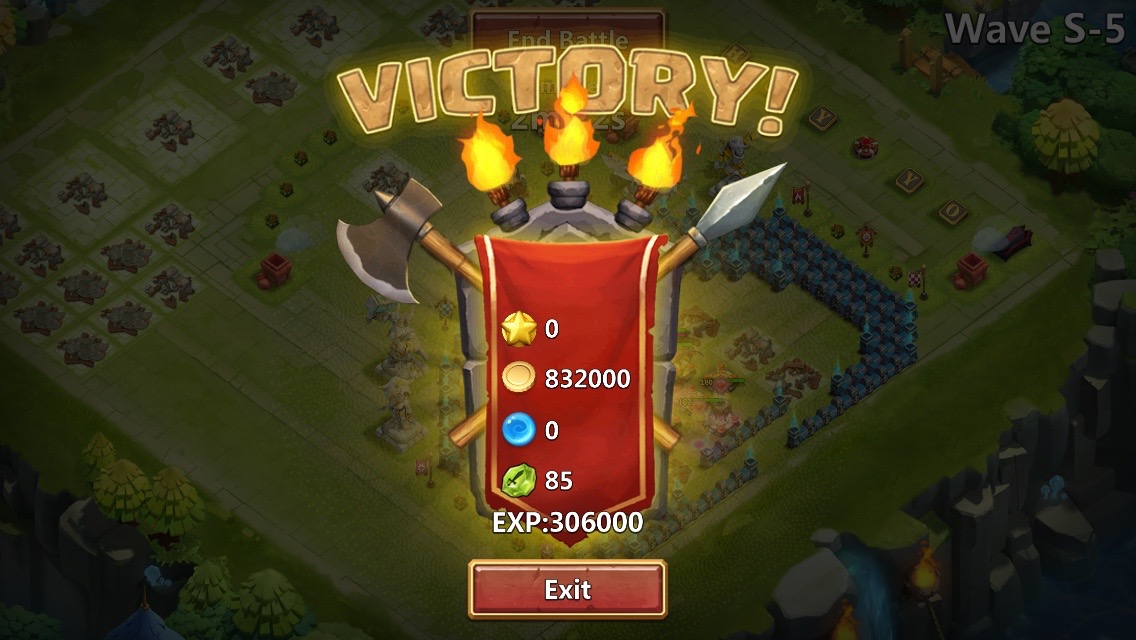 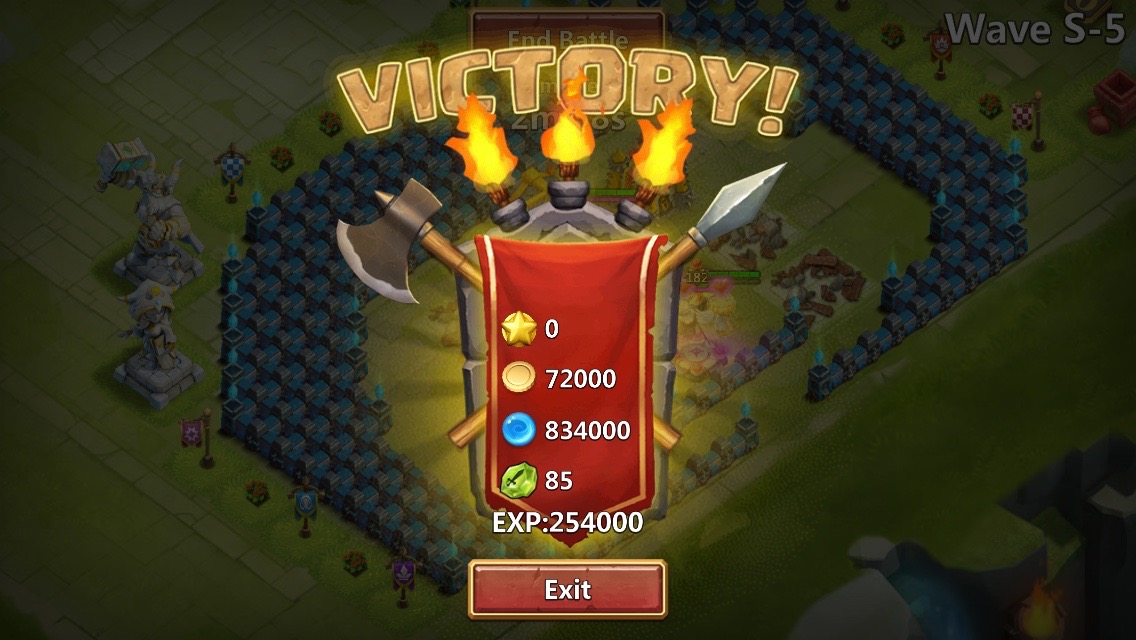 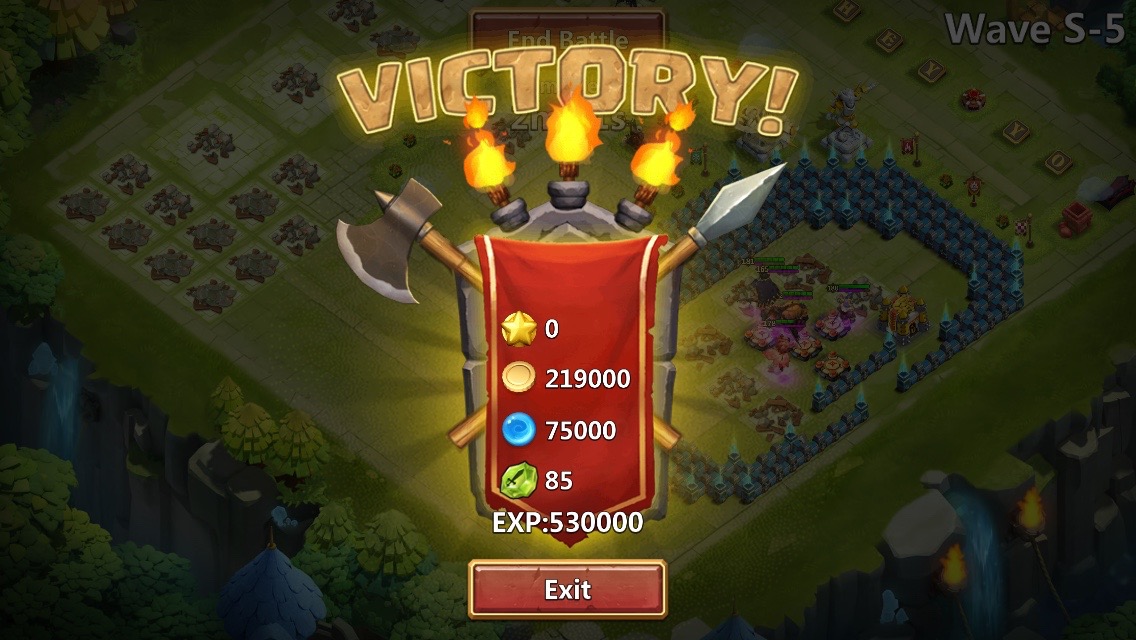 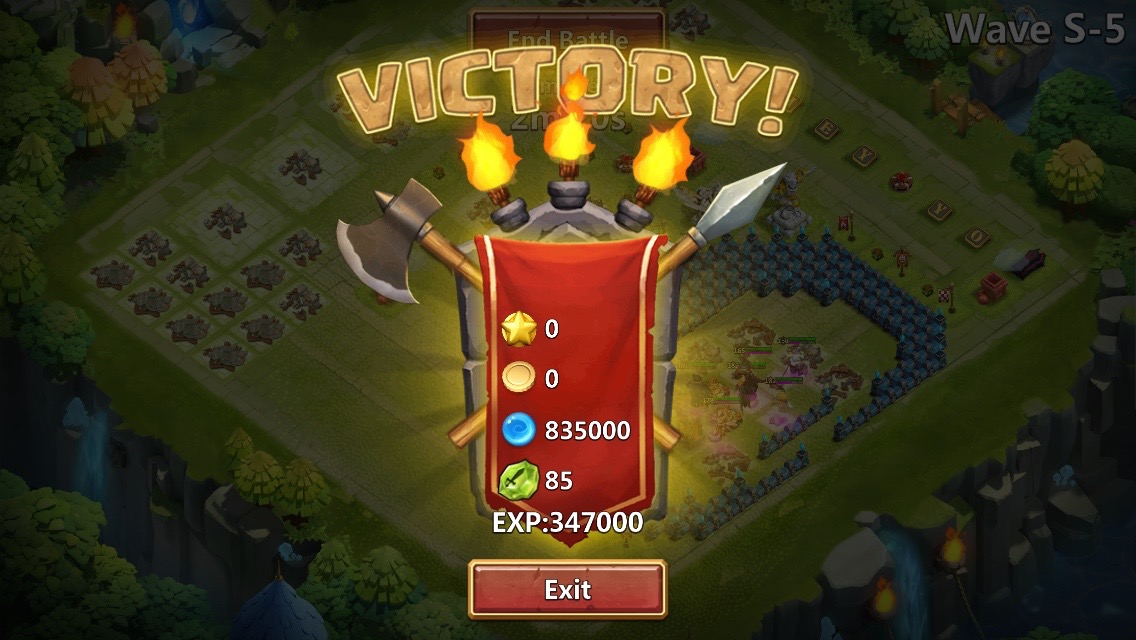 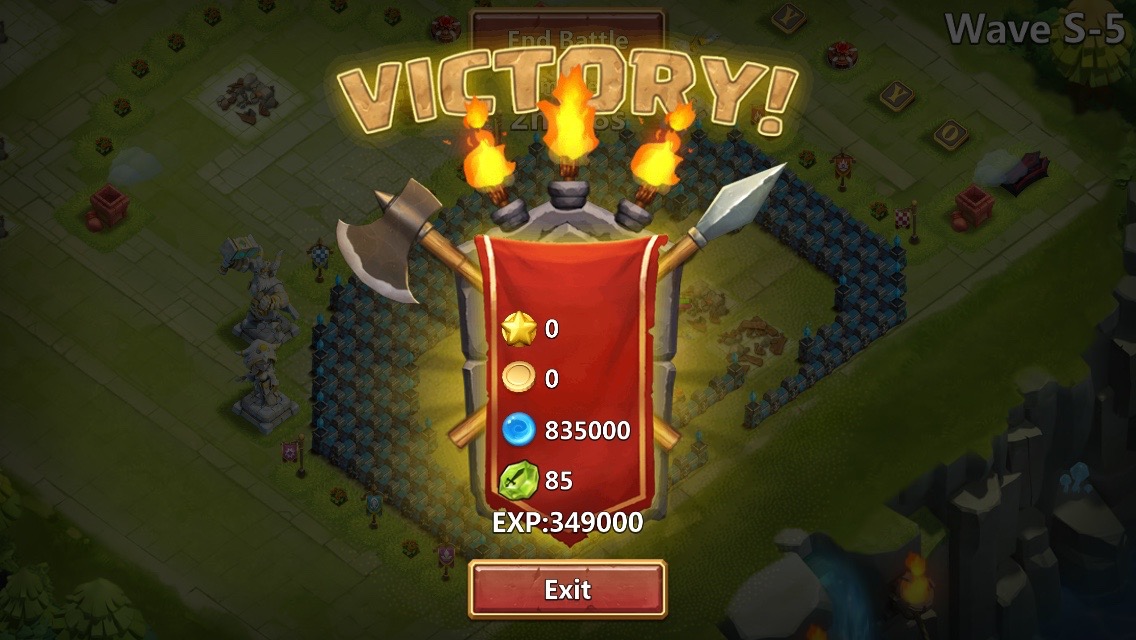 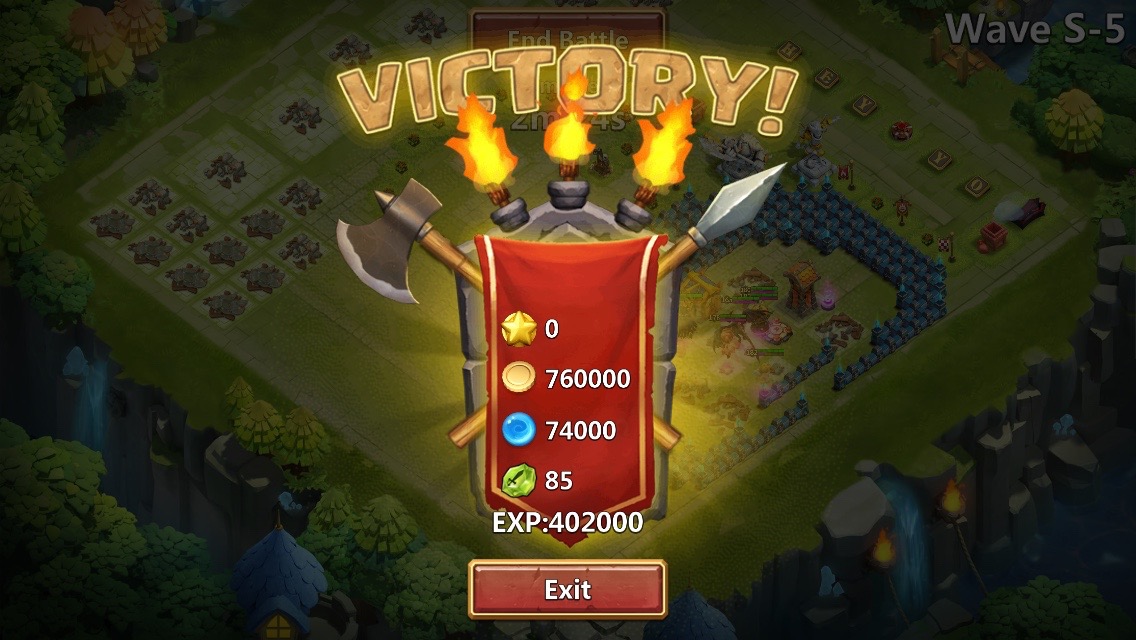 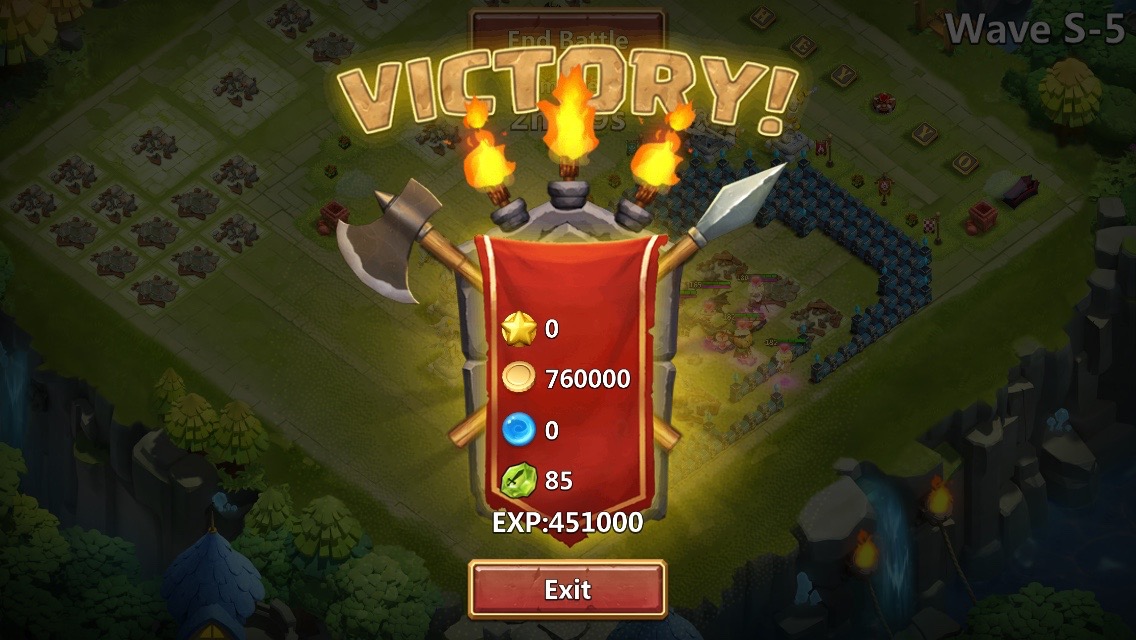 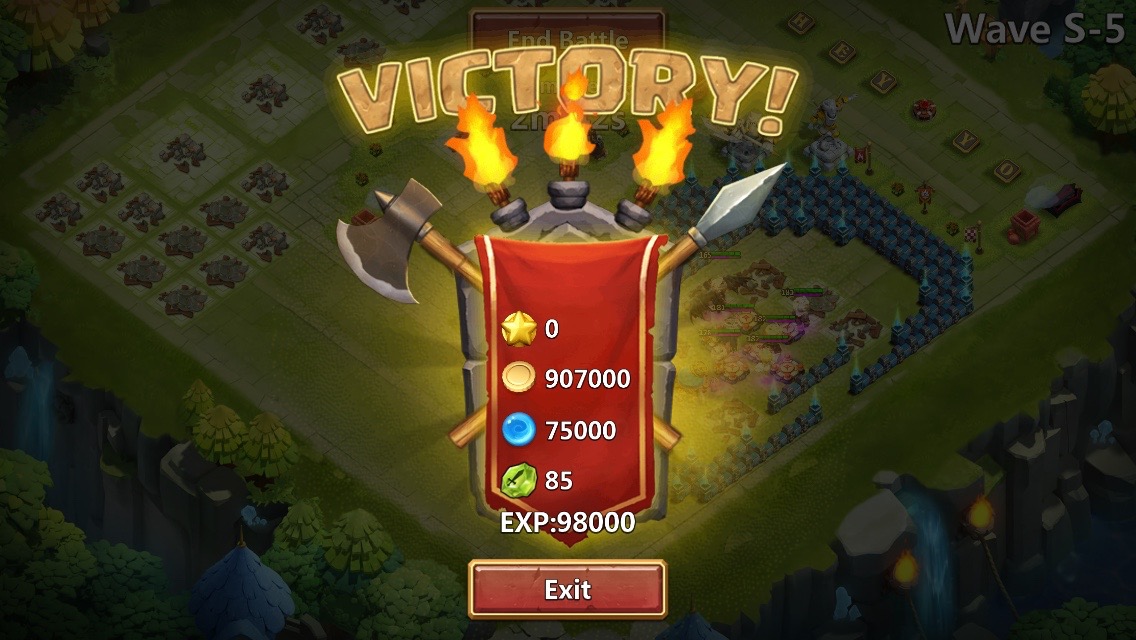 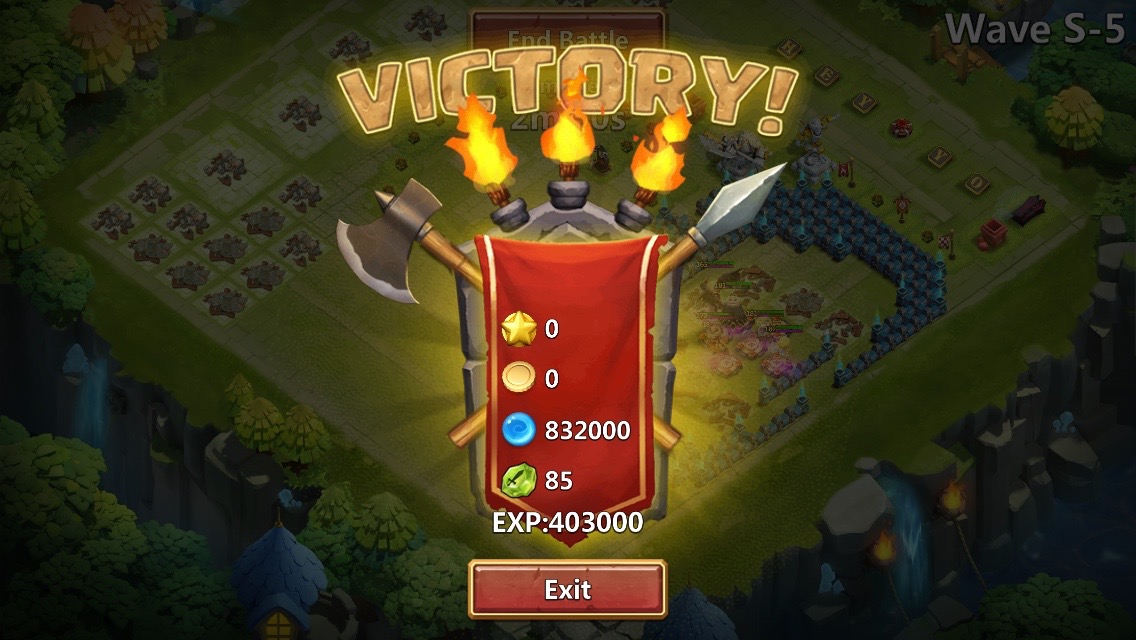 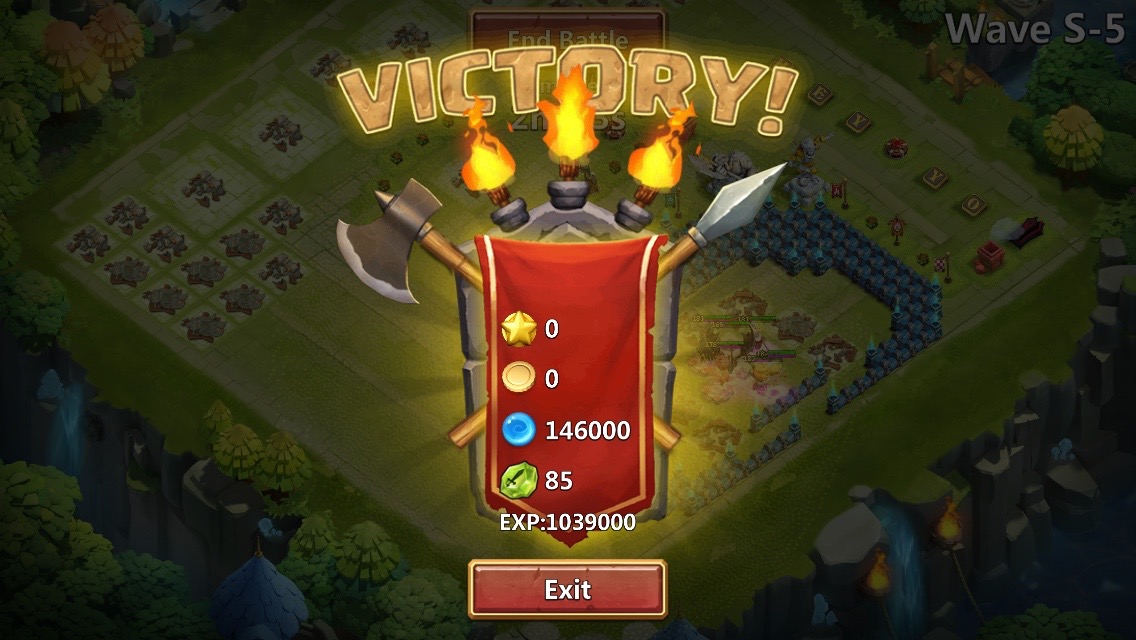 danglindingle Rated on 8/6/15 12:39:48 AM
Thanks, man! I tried S a lot without Molt, and while I could beat it here and there, I could never get close to farming it until having Molt :( There's prob a strategy out there to pull it off, but I'm not sure. I don't have Harpy or Treant, but maybe at high lvl they could come in pretty handy. 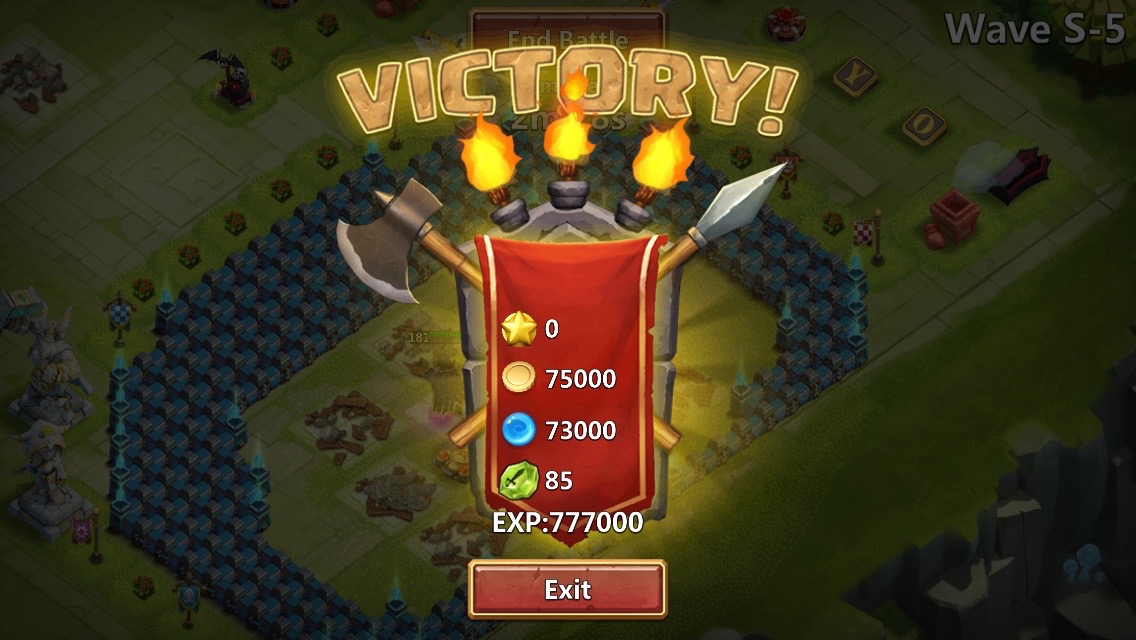 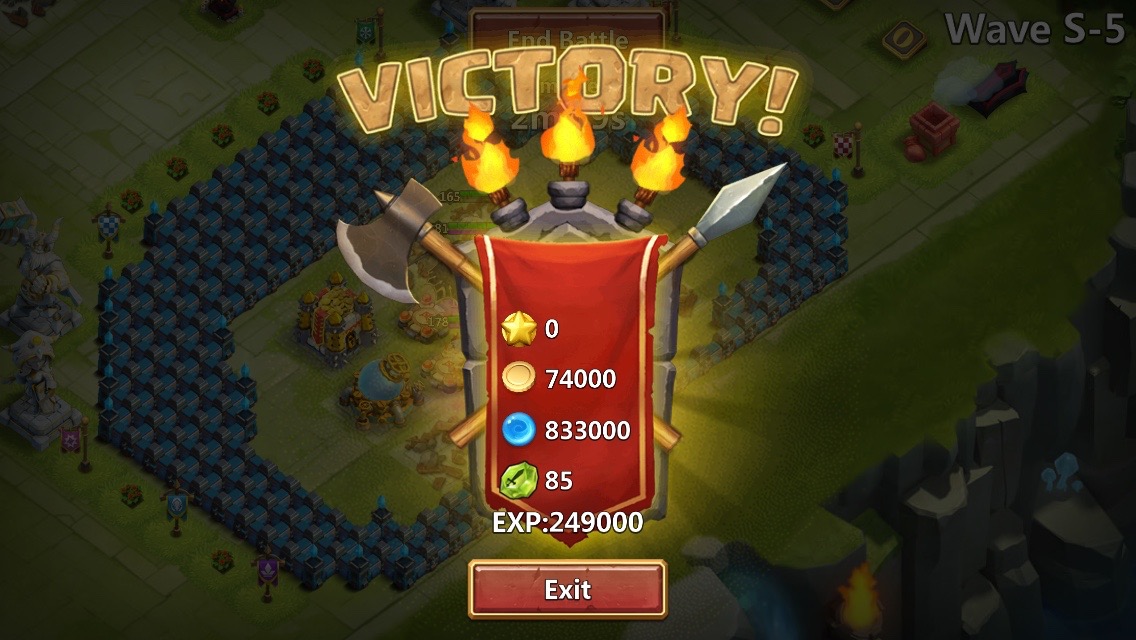 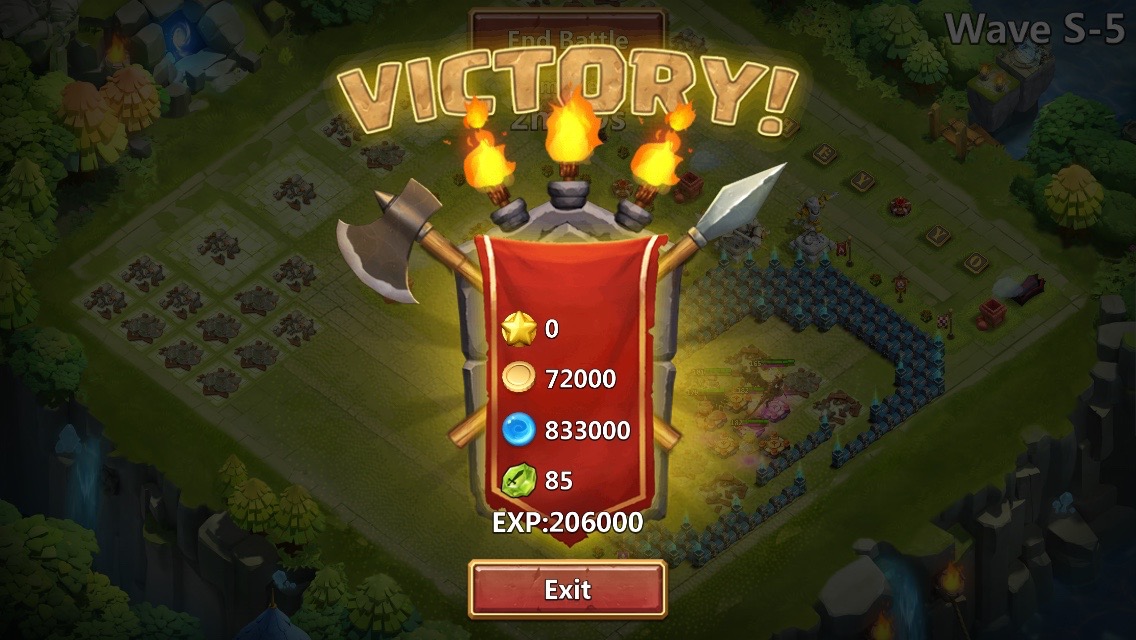 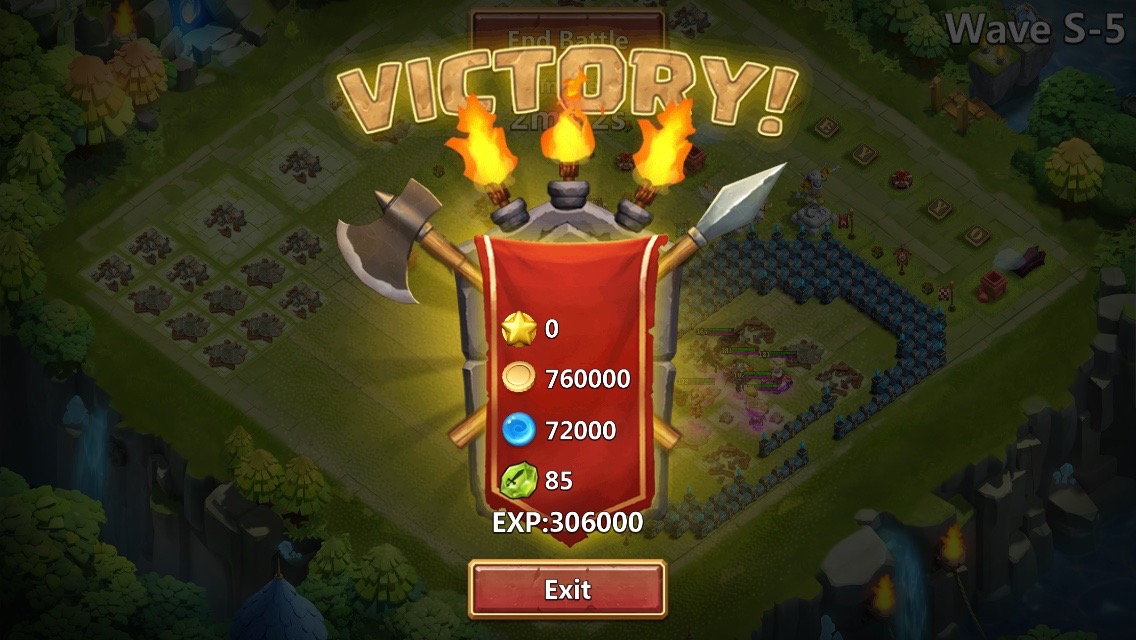 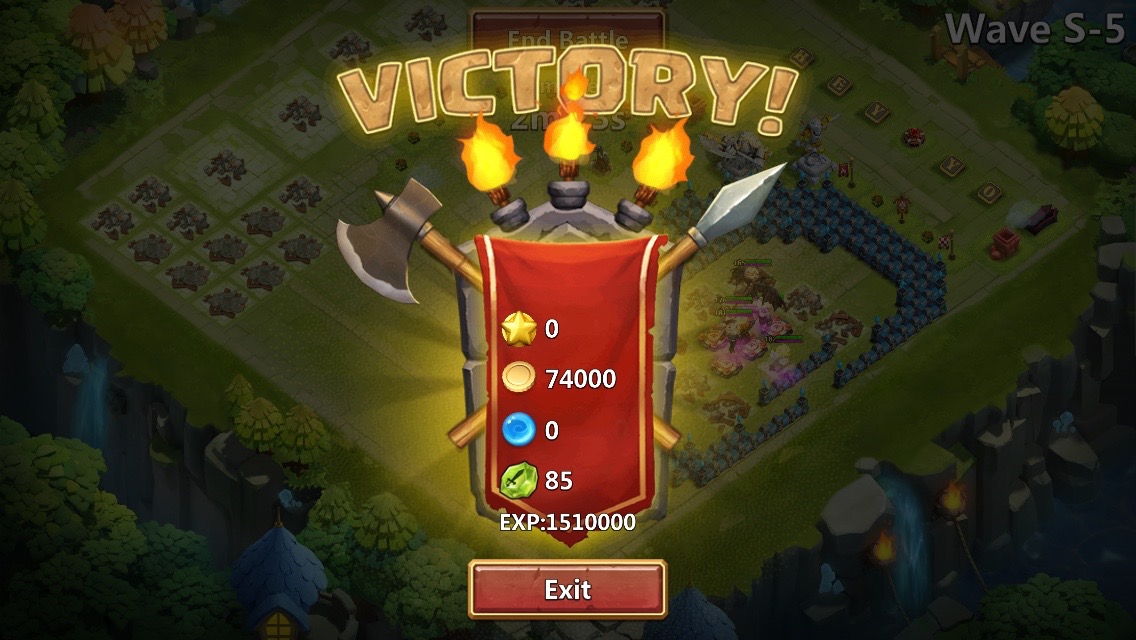 Indilol Rated on 8/3/15 12:28:42 AM
Nice reply to those who doubt and thanks for sharing this info. I'll definitely try your base cause currently I'm doing 50% only. Question. How well this base handle spawns near entrance?

danglindingle Rated on 8/3/15 12:34:31 AM
Surprisingly well, which is how I manage some of the top speed spots on S. Heroes usually target Vaults first. In any case, Cupid will instantly proc (or at least do so very fast) and give everyone lots of energy and buff their attack. This is where the double heal (Pixie + Druid) is pretty important.

jasjr Rated on 8/5/15 10:33:11 PM
First, thank you for shutting up those who question everyone. Second, why Pixie over Ork? Perhaps Pixies ability to heal those w lowest HP? Not sure, but live to hear your thoughts. Thanks.

darren gets his ass kicked, again, no surprise ...