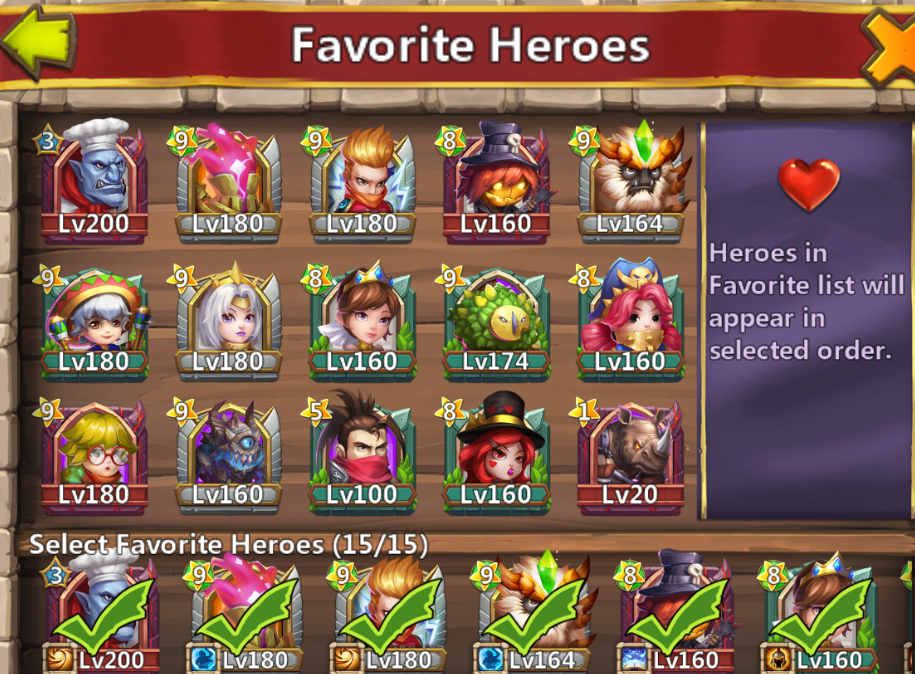 ii use wallawalla SE, Mike, Sassy, Espirita, GS for hero base. thoughts about ugrading Ronin and rockno? and the use of PD?

sorry for asking for so much

You have some nice heroes, but back to business.
- you are either using PD or Michael. You don't want to use both in same team (unless you have no better choices, which is not case in your situation)
- If you want team in Def modes like HBM, Hero Trials, GW than GS is best pick but SE may not be that good as Rockno in defense.
- If you want team for attack than you can swap Michael/PD(pick one) or GS with Rockno, and with Sasq he can really wreak havoc. Since you don't have Anubis you can remove both Michael/PD(pick one) and GS and add Rockno and Espirita, and it will be even better imo.

This may not be accurate, if you will find some newer heroes.
Good luck

As for now i would focus on Walla, Sasq, Michael, PD, Rockno, Espirita, GS,SE. Those heroes should be enough for most of time. After that you can trink to prepare team doe LBF.

Danstriker Rated on 7/9/19 7:04:17 PM
Thanks for all that Sir, Cicho. So mainly ill need to invest on rockno like another Sassy. Does PD and Mike's buffs stack? or nah. Ive never realized about their skills being nearly the same in a way..Btw should i also invest on Ronin for big bosses with heaps of hp? Thanks again Sir, Cicho

Cichociemiak Rated on 7/10/19 2:13:13 AM
PD skill stacks, Michael not (cause of cooldown). Ronin will be useful later on in GW, maybe in raids, it all depend. Ronin, Rockno can make similar damage, just Ronin will die more easily if not prepared with good talents.

Well you don't have a sniper in your team.. espirita good but not great
Also you have sasquatch.. he is better then rockno and he can do the same job .

So i would work on Ronin first.. for GW

Cichociemiak Rated on 7/10/19 2:15:19 AM
OP means Original Poster which is YOu, GW means Guild War, LBF is Lost Battlefield, IMO - in My Opinion, typical shortcuts. Any more questions ?