I want to know who the best non P2P player is! I can get up to around 900 in the arena but can't go much further and I know there are plenty of better non P2Ps who have gotten more legendaries than I have (I got 1). I wonder what the highest a non P2P has gotten to in arena.

Highest I got was also in the 800s. Because beyond that is either a full Legendary team or a Spirit Mage fest.

ALL ORDINARY HERO ARENA LINE UP. NO LEGENDARIES. 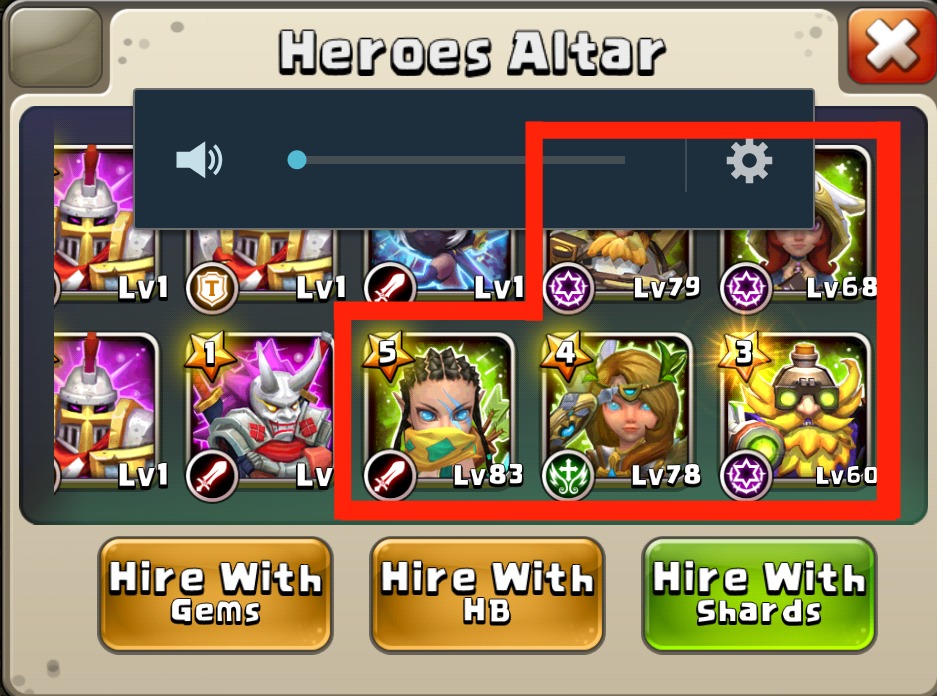 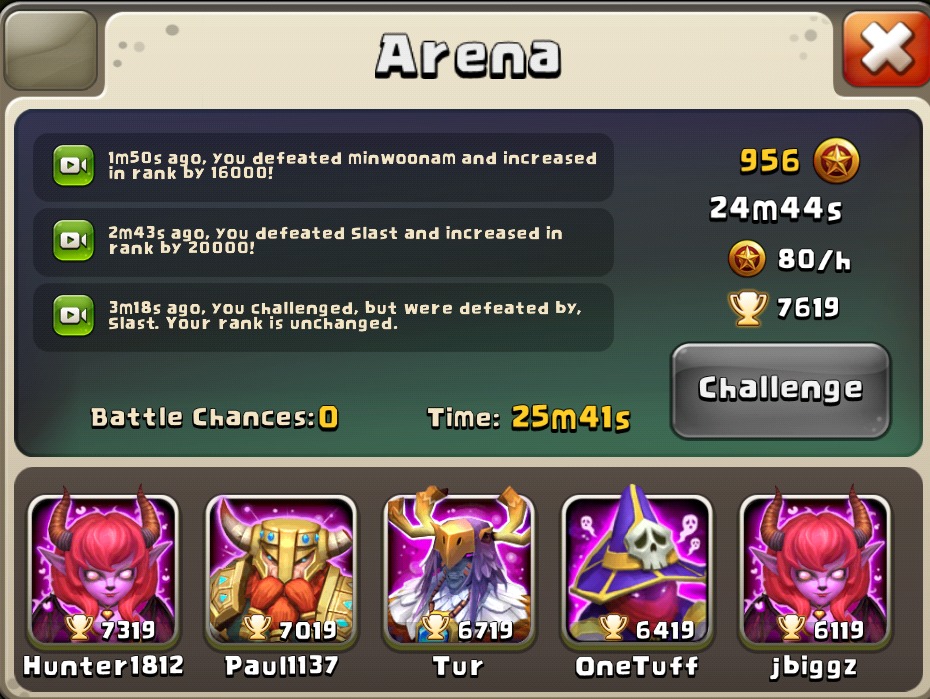 Currently rank 7619. lololol I bet when people see my marksman's picture as the arena photo in between all the druids/spirit mages/and others they'll be like WTFFF

Highest I got was rank 98 in arena w a druid n all elites. But I can no longer held the position due to all that I challenged are full legends or w SM. Gave in and spend on the game to get another 3 legends but its too late. Now I am stuck between 600 and 2000 in arena and 90% I'll meet someone with SM. Very demoralising indeed.

lol ive seen someone with marksman as their top but they had a bunch of legendaries, you are the only ive seen where she is really your best hero too! Kudos
Rate Delete Ratings
Comment
Submitting…

I went to around rank 50 before spending but this was long ago, sadly this is not possible anymore.

Dalcowboiz Rated on 10/6/13 4:24:24 AM
lol I love how long ago is probably like 2 months or so and it is now nearing impossibility to break 100 if you don't pay (unless it already is impossible)

Well there are non paying players that have reached rank #1, but not sure if it means anything as they will be beaten back down really quickly.

Dalcowboiz Rated on 10/6/13 4:22:18 AM
Yeah I figured long ago there weren't many players but once it got competitive things probably dramatically changed with people spending

Thinking about all of this makes me think there should be some mini game (if IGG loves us enough to make silly things like that) where hero lvl, troops, money and nothing else matter. I don't really know what that would be. In my head it is just something where they give you (something like) default heroes and troops to see if you can strategize well enough to beat a stage and rank up. Sort of like if they gave us default troops instead of us using our own troops in dungeons. It could be called missions.
It is like playing bejeweled. Everyone does the same levels and no one has an advantage over anyone else but we all have just as much fun. Of course in Candy Crush (pretty much the same base game as bejeweled) you can pay money to win but I think something like that would be fun.
This isn't probably the right place to try to post an idea like that so maybe I'll start a new thread.

Dalcowboiz Rated on 10/6/13 6:17:26 AM
Wow I am amazed you can get so high with no druid! I guess the succubus assassin combo works pretty well then. I probably just underestimate the werewolf tank, I dont like him too much :/

I haven't spent a cent but reached rank 799 today. I have: