1. How many ways are there to reduce enemy troops ATK stat in raid?  ( Different Heroes are counted separately )

2. What is the minimum number of walls needed to cover the entire base, so enemy CAN NOT spawn in the building area.  ( Can only spawn from the edge )?  Assumming only walls can be used on the base and they are unlimited in number. 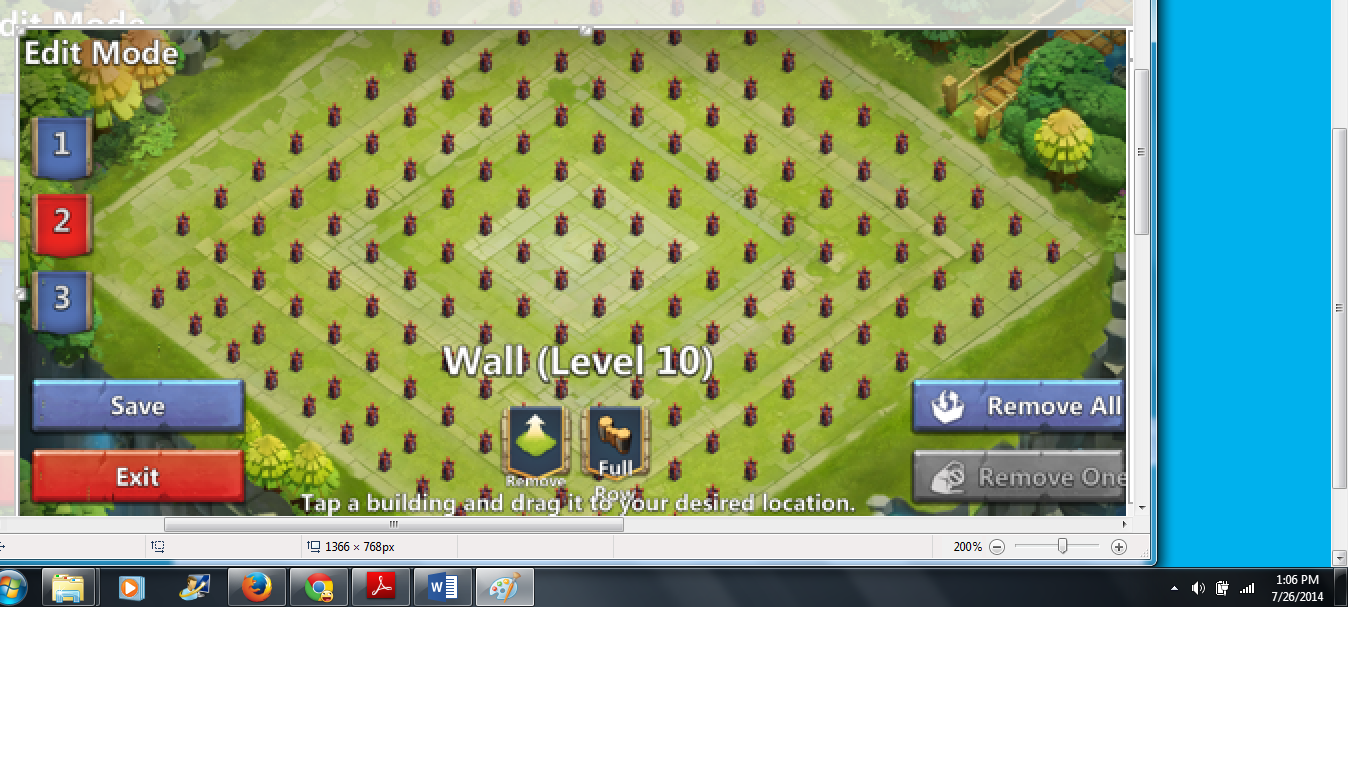 3. How many "arrow piercing through heart" design can you find in Castle Clash?  Where are they?       (Since the question explicitly asks where they are, you need to explain it clearly to be counted as correct. Simply giving a number is not enough)

You answer need to include AT LEAST the above two designs to be considered correct.  If you counted cupid skill in different places, that’s also fine. But you need to state clearly D7S1 as a second answer. 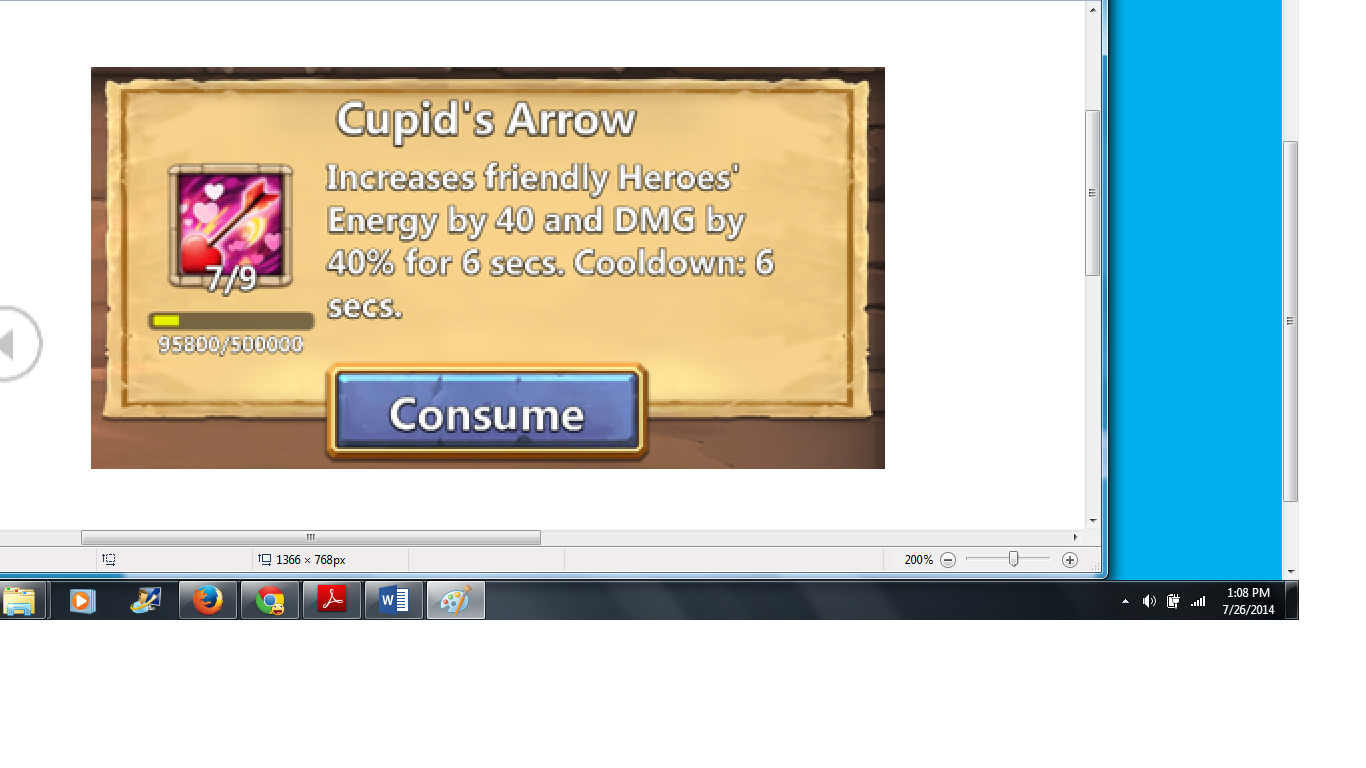 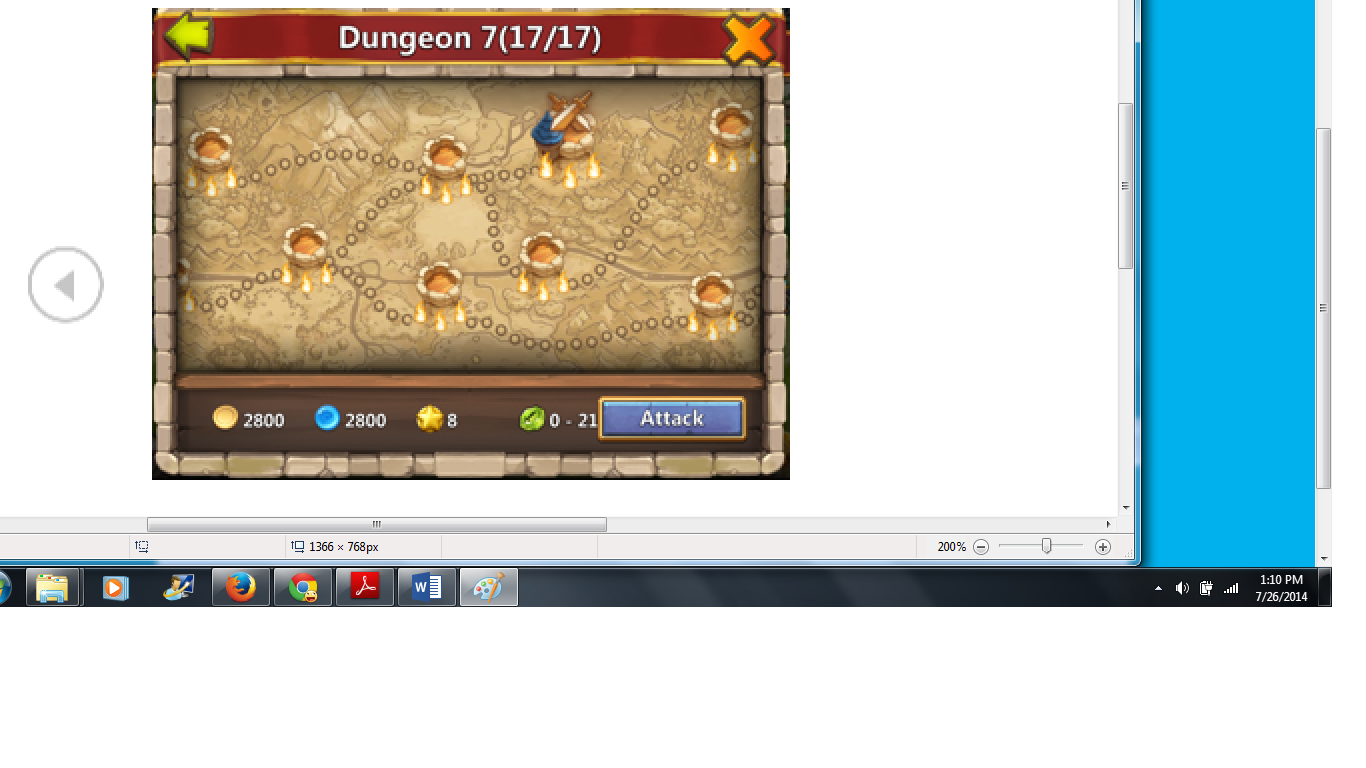 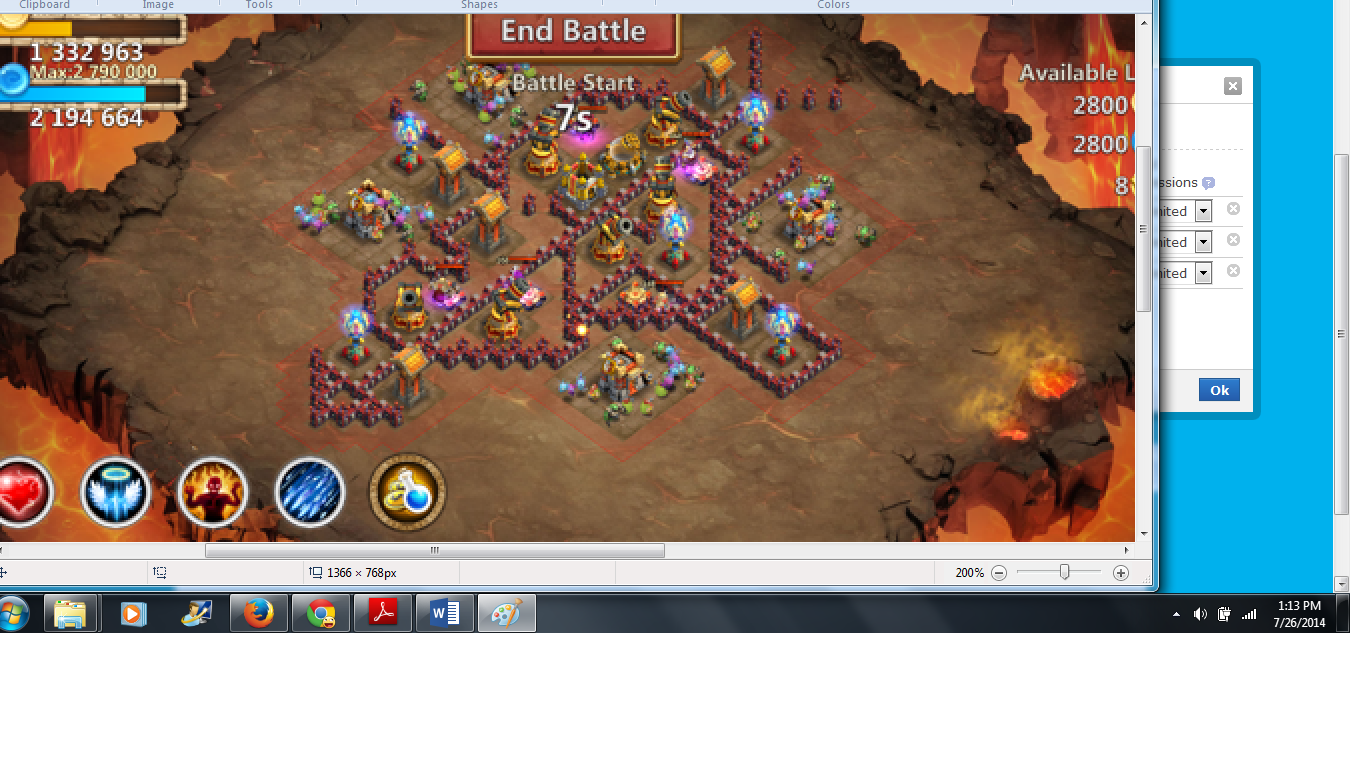 4. How many different heroes have their statue in Castle Clash?

The one that’s easy to miss is Palladin ( upper left and upper right corner of the base map, not from store, one can also find it in arena) 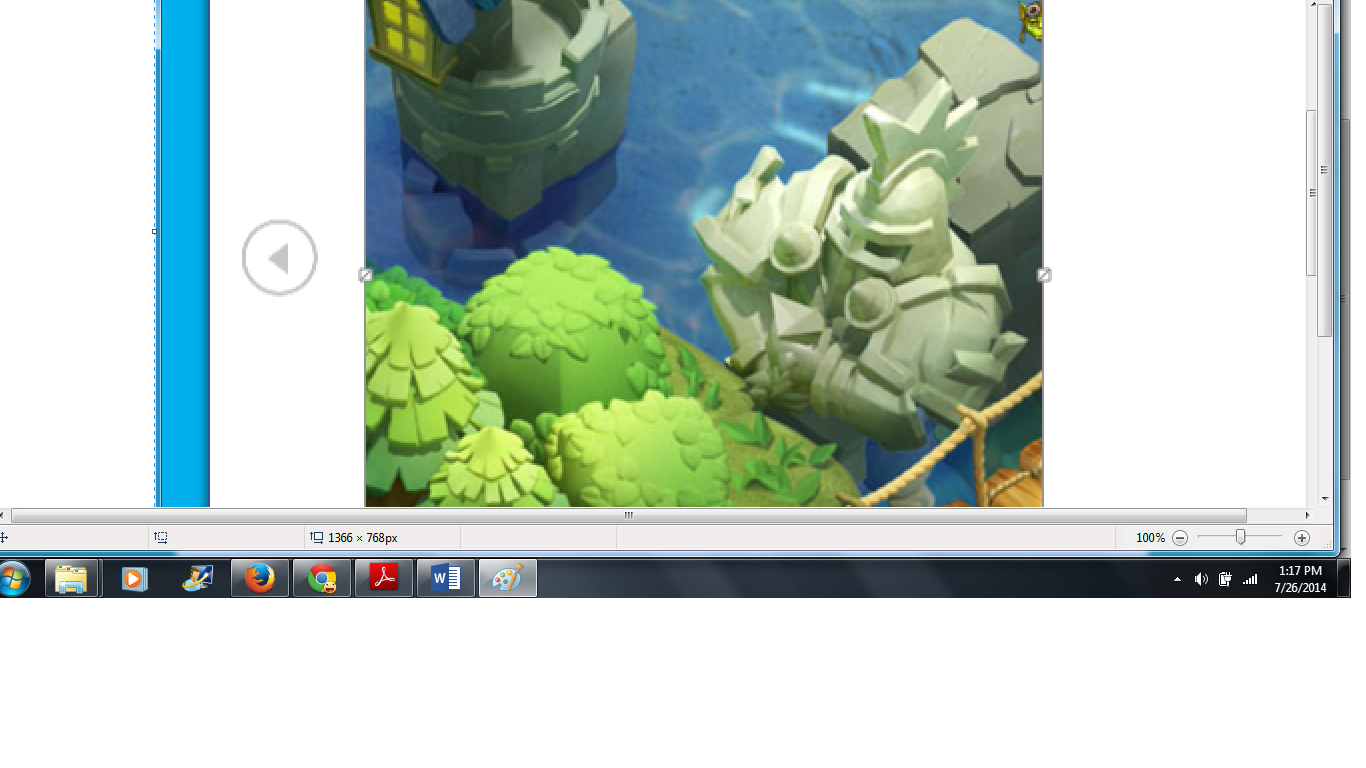 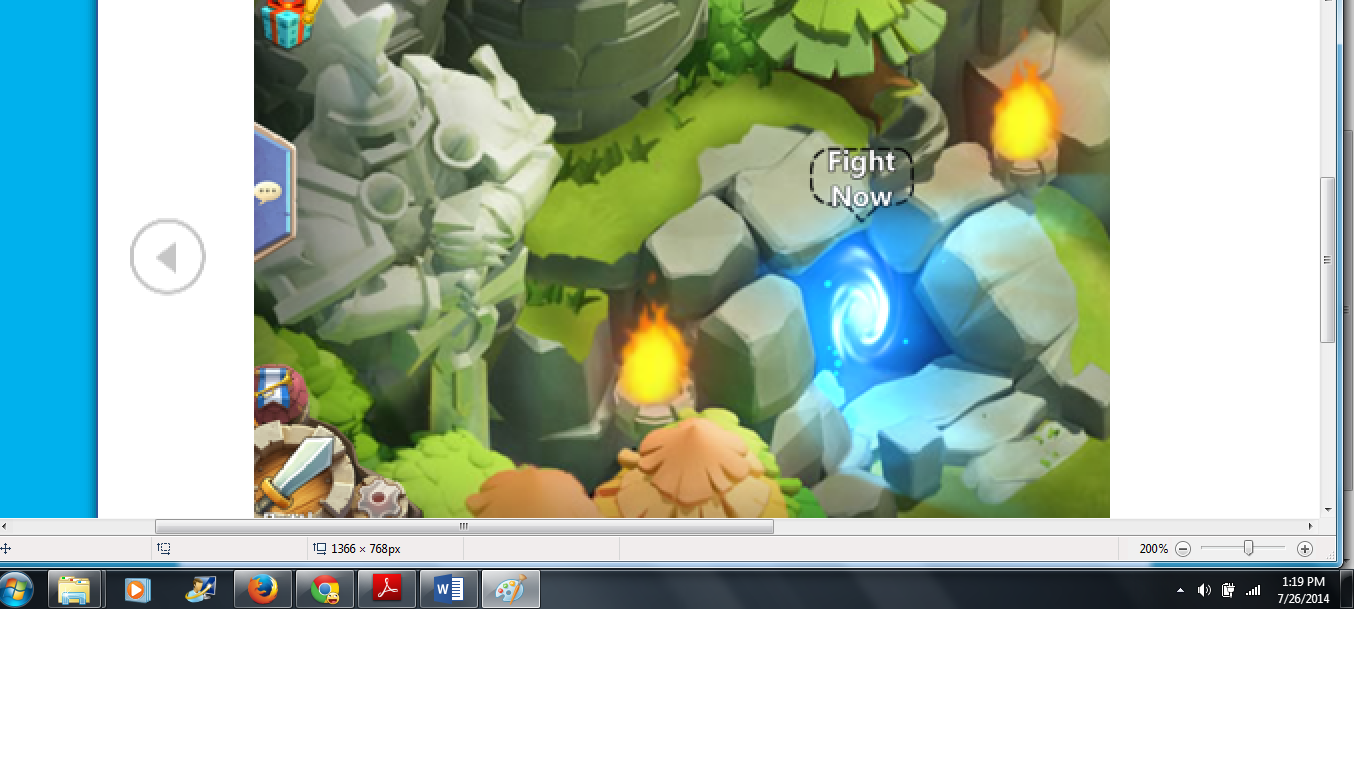 5.  What is the minimum amount of Lvl 1 Engineers (no Limit) needed to be able to kill a Level 180 9/9 Druid whom is healing himself and building energy from the attacks?  Assumming Engineer deals exactly the base damasge each hit and DO NOT use skills.  Druid only heals and won't fight back.  All heroes have no talents.

Because the number of engineers needed are definitely more than 7, druid will heal every hit.  Level 180 druid hp is 28720, heals 9190 proc for 9/9 skill.  Engineer deals 165 damage each hit if not consider procs from engineer, that's 56 engineers.

Signature
I muted myself. Talk about an abuse of power, eh?

It wasn't. they took it away because they thought it was to hard
Rate Delete Ratings

DdrNerd Rated on 8/2/14 9:38:12 PM
Too hard. Lol. I guess for common players, yes it could be. Myself, i would've factored dmg fluctuations to get a true min.. and failed

jbhsaints Rated on 6/19/15 3:26:05 PM
I couldn't figure out how to pm you, so here is my grievance: how is the word moron a banned word? You give me a warning for that? I have seen actual curse words and much worse on this forum. My comments weren't directed to one person. It was a question that I posed as to how long it would take for someone to 10/10 marauder, and you banned my thread for that. I'm one of the more respectful and helpful members of this forum. Please explain yourself as I find your actions completely unwarranted. If you are going to ban the use of the word moron when it isn't directed towards anyone you need to basically delete every thread on this forum. Kindly explain yourself to me in a pm or any other way you feel like.

FirstLady Rated on 6/19/15 8:33:20 PM
spamming these threads will result in your account being warned.

Signature
No one will control me
Return to thread list