[Guides] A Guide to Hero Evolution

Your Legendary Heroes can be evolved when they meet the required levels! They’ll be stronger and will even have a nifty new look. Read on to find out more! 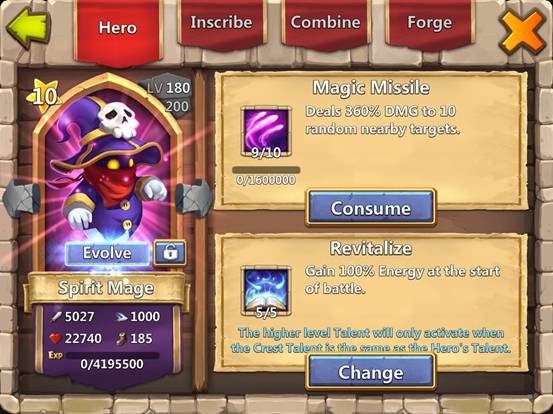 The following chart lists the criteria and materials needed to evolve your Hero. 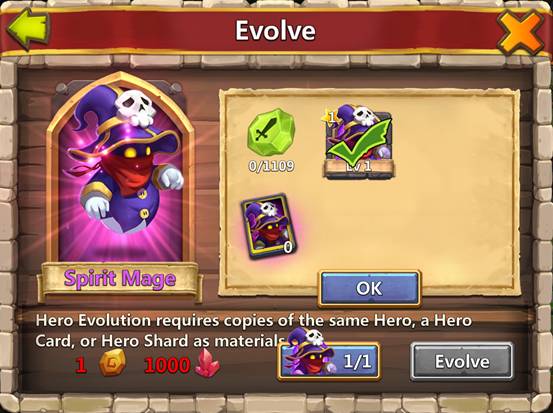 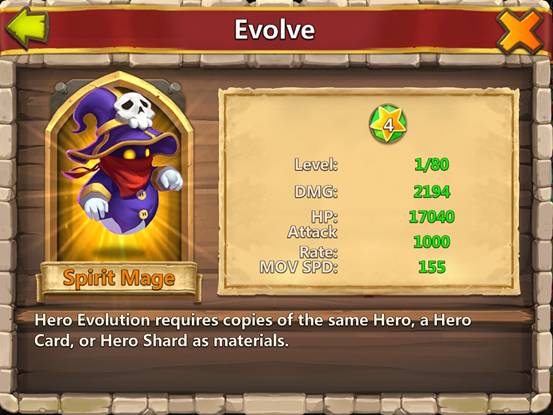 A Hero that evolved twice will begin at Star Lv 5 and Lv 1. (The background color of the Star Level icon is blue.)

Important Notes
1. There will be no change to the Hero's Talent, Skill level, Inscription level, and the inlayed Crests when it is evolved.
2. The evolved Hero will begin at Lv 1, thus they may be weaker than they were at Lv 180 before evolution. But at Lv 180, evolved Heroes will be much stronger than their pre-evolved counterparts.
3. The amount of EXP, Gold and Honor Badges needed to level up and upgrade evolved Heroes remains the same after evolution.
4. Evolved Heroes will receive a fixed boost to their ATK and HP.

Thanks, say I have a dupe hero 7/10 lvl 170 and I use it for evolving my main hero. I lose out big time, right? I get nothing back from that dupe?

Oversight, or just the way it is?
Cheers

PulpFriction Rated on 9/28/15 1:08:37 AM
Yes thanks guys, shards it probably is then ;) Dupe is still a waste though, if I evolve my main hero, the dupe's a white elephant. Decisions decisions?

PD all fly next evolution

Pls sticky this before the trolls bury it.

I don't understand this part.


Are you going to level the hero again at 80/80? or is this a level up with hb? or is this another evolve? Does the evolve happen once the hero only hits level 180?