Here is a more detailed guide on the new Castle Clash-O-Meter IGG have released.  It is in preparation of the new Guild War feature that is currently in development and will be updated with Freebies, Events, Videos and other News as IGG release it.

This is the main attraction.  As the meter goes up, players are in for a chance of some fantastic prizes Including Gems, Key Chains and one lucky player winning an iPhone 6! 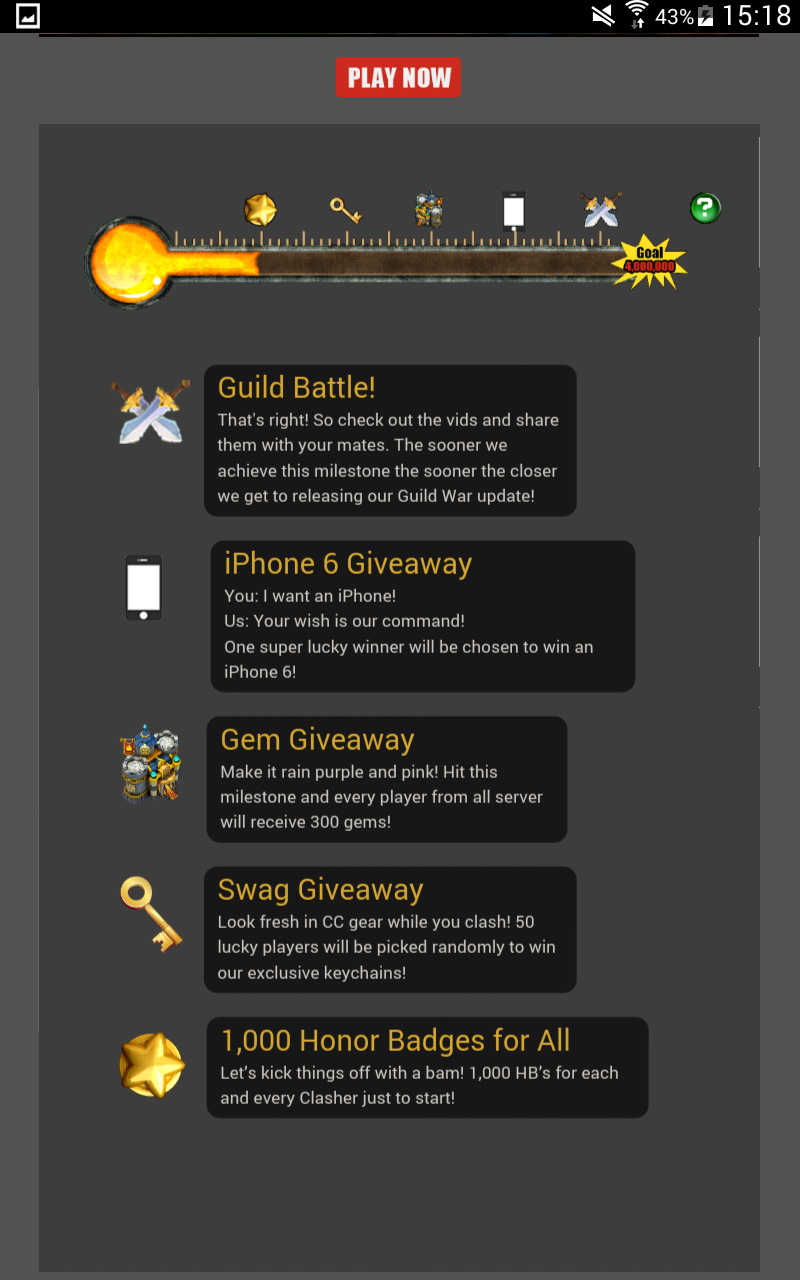 How to Raise the Clash-O-Meter?

There are 8 ways to raise the Clash-O-Meter. 6 through Social Media and 2 in-game.

By doing each the following the Meter will raise;

YouTube - Subscribing to the Official Castle Clash IGG Channel OR by watching one of IGGs Official Videos. CastleClashIGG@YouTube

In-Game - Participate in any In-Game Event OR get a Victory in any game mode.

*The Meter will be updated every 2-4 days* 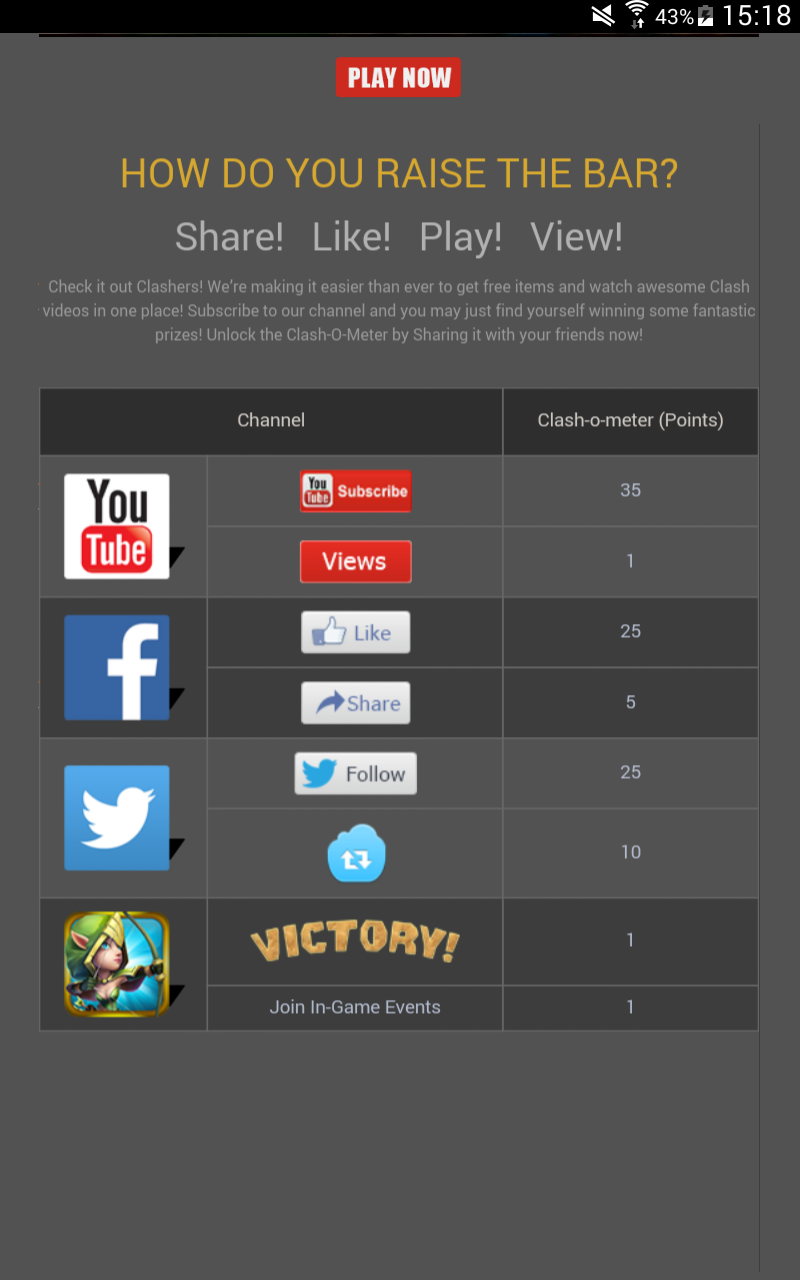 Events, Videos and other News

During the run up to the new Guild Wars feature IGG will be releasing Informative and Comical Videos, Interviews, Free Events and other News.  Keep up to date by checking out the Castle Clash-O-Meter. Keep up to date with new updates and features as IGG release their informative and funny videos.
Rate Delete Ratings
Manage

SouliP Rated on 9/30/15 8:06:50 PM
While we r at it since iPhone 7 might be released in the future how about the first iPhone 7? When I win can I have the cash value instead, so I can buy gems. I don't want another phone.

There are 11 more comments, click here to view them.
Submitting…

I would like to enter the secret codes, but I can't find where I can enter the codes. Is this event also for iOS devices?

There are 5 more comments, click here to view them.
Submitting…

So what does this "victory in any game" mode mean ? Succesful raid, dungeon, mesa, LR boss, LR minions ?

CCDigi4 Rated on 10/2/15 12:28:26 AM
if that truly is the case then the meter must go up to a few billion or else it would be completed in a few days (unless it takes 100 victories or more in each of those events for a single notch on the bar)

CCDigi4 Rated on 10/2/15 12:41:45 AM
didn't bother zooming in.. 4,000,000.... honestly that is nothing... how many players are there in this game, 2 points for each "victory" (1 just for joining)... personally I play across 4 accounts and do around 200 dungeons, around 300 raids then add on LR, LB, SM, HT, HBM, Guild boss, Torch Battles, Arena and im looking at an average of 1000 or more actions a day (so 2,000 points just for playing the game) I know not everyone does this much but some do more and for the amount of players playing this game across the Globe that 4,000,000 points seems very small indeed... it's a good thing IGG have once again been clever with their wording in saying that "The sooner we achieve this milestone the sooner the closer we get to releasing this this Guild War update" in other words, you could hit this milestone tomorrow but that doesn't mean you will get the update the next day (could be another year from now... but thats still "closer" than 2 years.

Guess it was too much work for them to actually link the social buttons (like/subscribe/follow) to their social pages.

LOL? Iphone6? So the ppl who play on android will start over with CC because they won a Iphone6?

There are 6 more comments, click here to view them.
Submitting…