[Guides] A Guide to Hero Attributes

A new button has been added to the Hero page this update. Tap it to view the new Hero attributes and check if your Hero is blessed by an Artifact.

To access: Heroes Altar > Tap any Hero > Tap the button on the bottom-left of the Hero. 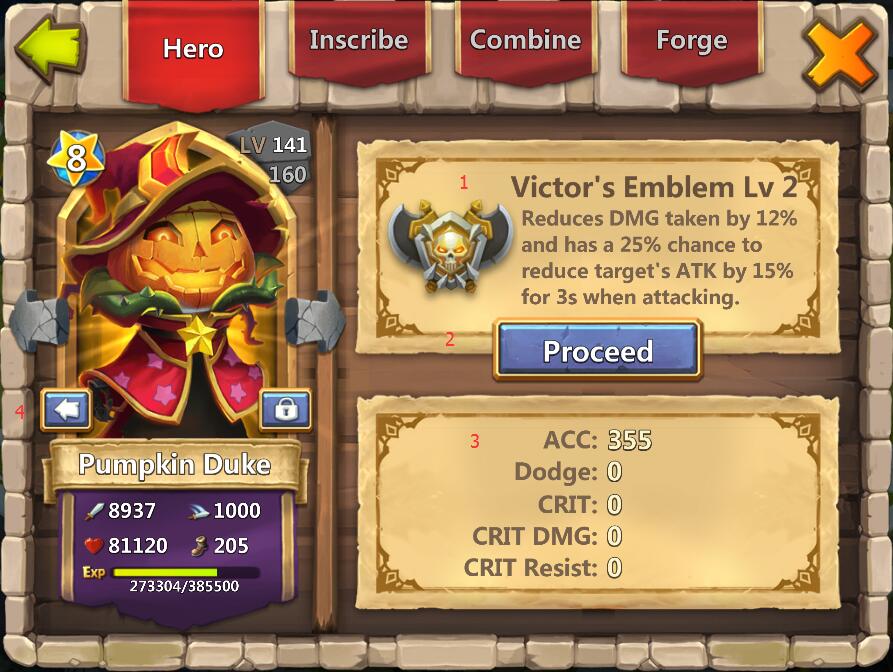 ① The artifact that’s blessing the Hero and its effect.
② Tap “Proceed” to access the Artifacts interface where you can manage artifacts and reassign Heroes to be blessed.
③ There are a total of five new attributes for Heroes which will be explained in detail below.
④ Tap the arrow to return to the previous interface.


Note: All Heroes have some Accuracy by default. The other attributes will be unlocked later on along with new features. (Each Hero has a different Accuracy value. Accuracy is increased each time the Hero evolves.)

Note: When Dodge activates, your Heroes can avoid getting hit by basic attacks, skills, and even some conditions.
Dodge is effective against basic attacks, Hero skills, Stun, Fear, Silence, decreases in MOV SPD and ATK SPD, Energy reduction, increases in incoming DMG, boost removal, and Guild Boss instant kills.
Dodge will not work against deflected damage (such as the talents Flame Guard and Blade Shell, or Hero skills), conditions inflicted by the talents Corrode, Heaven’s Wrath, and Condemnation, damage and conditions inflicted by Traps and Defensive buildings, Energy reduction from the talent Scatter, or damage and conditions caused by Spells.

3）Critical Hit: Increases the chance of dealing a critical hit. Heroes with higher CRIT have a higher chance to deal critical hits.

4）Critical Damage: Increases the amount of damage dealt in a critical hit. Heroes with higher CRIT DMG deal higher damage when they do a critical hit.

I still dont understand what "silence" is.  Something like aries calamity?

"All Heroes have some Accuracy by default. The other attributes will be unlocked later on along with new features."

So is the "dodge" attribute active or not?  The dodge attribute value is showing as "zero" for all heroes, and the above statement implies that only accuracy is unlocked, but I see a lot of effort being spent explaining it.

Travis_Clupp(209215833) Rated on 12/2/15 9:49:36 PM
Those values are default. This update they only gave us accuracy values for each hero. Some heroes have more than others. Just like hp and so on. Future updates will have more attributes default values given. They probably want to test and run numbers to figure out what to assign to each hero. And one last thing to point out, just like inscriptions - if you have an artifact active, the bonuses you get are not reflected in your attribute scores. For example you may increase your dodge, but the number you see is default. That number is what each hero is assigned by igg, not your total

This maybe not really new info, but maybe it can be included in the guide. CRIT also works for procs. I equip only my SB with crit artifacts just to test this, and when he procs there are multiple crit figures (yellow font) appeared one after another. Definitely not by other heroes because I purposely set different artifact on them.

The default dodge is zero.  Multiplying that by an artifact buff, as indicated in the formulas I've seen, will again result in zero. Yet heroes are already being "missed".  Indeed, what is the meaning of accuracy, which clearly varies among heros, if the enemy has no chance to dodge.  So, there must be dodge already operating, even if the default attribute is zero.  Please Explain. What is dodge in the current release, and how do the artifacts affect it?

This thread has been banned.