My current heroes are below. I just got ronin and mechtessa. Which ones should I work on? 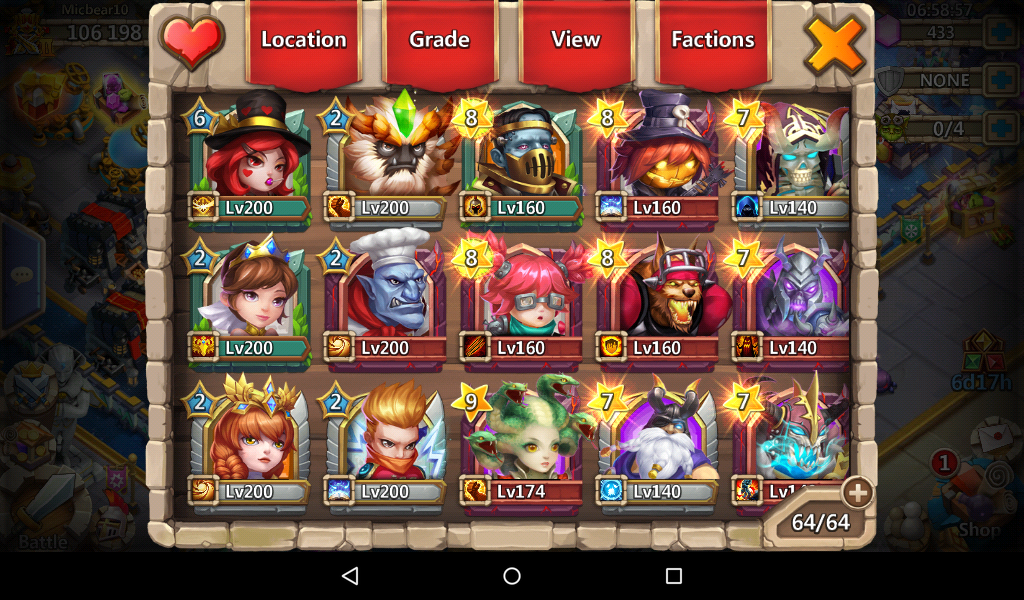 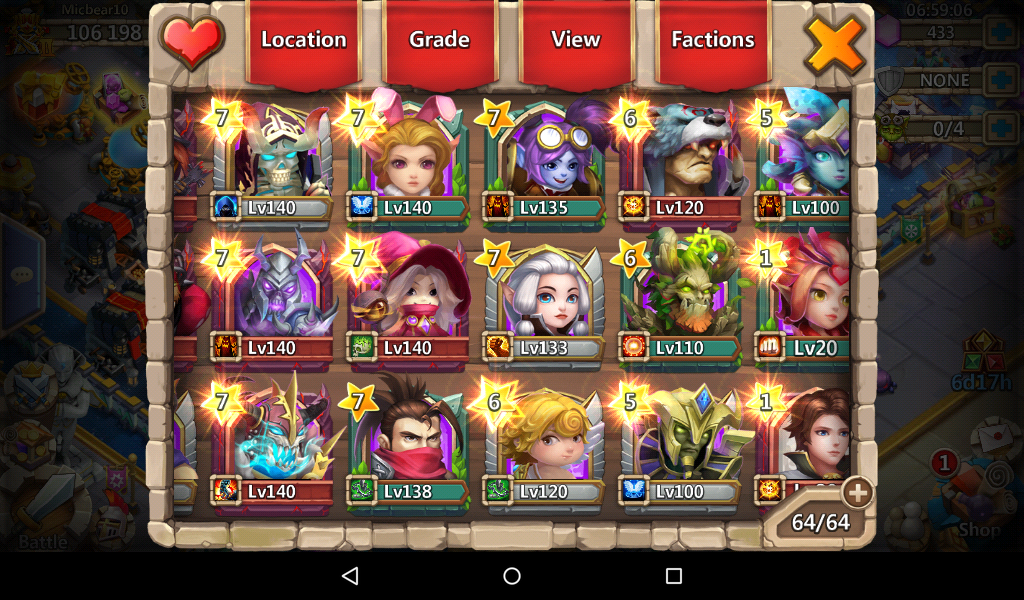 Hi.
In my opinion work on Anubis, after that Ronin. Tessa is not that good any more (not that she was until maxed out). It will be best way imo, which will allow you to get rid if HB. She is also not that good, and when Anubis will take her place you will see difference. Just give him either SL or UP or WA depending what build you want.

LvL up Anubis asap, he will help you tremendously in most game modes...
After that Pumpkin Duke and Cupid if you're not @ insane dungeon 8 already


If you are high in dungeons, then Ronin and Tree for GW would be best option !
Tessa is not really used anymore... so don't bother with her @ all

DragonSl2 Rated on 7/30/19 8:25:03 AM
While it is true that Athene is overall better hero than Cupid (gotta agree with you on that one ),still Cupid is IMO perfect hero for dungeons mostly cuz it increases DMG by 65 @ 10/10 for Anubis to "oneshot" heroes all the way Up to insane 8... on the other hand Athene increases ATK speed... and her Proc "oneshots" buildings that Pumpkin Duke needs to stack as much as he can...(drawback).I think in some cases Cupid is still a viable option (unless Occultist proves to be better @ buffing :))

Can you also tell me what builds I should have for heroes in every gamemode?

Ok, as for what to use where here are my ideas:

LBF- not sure, i am not that good in making teams for it, but still you have not many heroes lvled.

Now why i wrote Cupid/Athene. Both are good, and both need revite 5 insignia/crest set. Cupid will increase damage and energy, but he must attack to use skill, while Athene boost also energy, but attack speed instead, and if she have revite 5 she can autoproc, which is good in PvP. It is all up to you who you will use. My Cupid was warming bench since Athene received revite 5 insignia.
Michael with revite 5 can be also an option instead PD, but i think PD will be good.

I'm with everyone else on Anubis and PD. They are more useful than pretty much any of the other Heroes mentioned or listed.

If you plan to do Archdemon (Castle Crisis) I'd also suggest getting Trixie Treat, Beast Tamer, and Siren built up, in that order. PD, GS, TT, BT, and Siren are often big deals in getting the most damage possible in Archdemon.

If not, then those three are less pressing to have.

Treantaur or Cirrina is helpful for Lava Isle, if you plan to run it, since it's always a good idea to have at least one Hero that can revive anyone who gets beaten down. Depending on your Guild, this may or may not be necessary, but I've found most appreciate it.

In my experience, PD generally doesn't see much use in base defense or raids after a certain point, these days. However he is still vastly useful to the point of being required in several other modes that give vital rewards.

So I would suggest working on PD, Anubis, Treantaur OR Cirrina, Trixie Treat, Beast Tamer, and then Siren, in that order, if you plan to do Lava Isle, Infernal Summit, and Archdemon.

Regardless, I'd focus on PD and Anubis first and foremost.

Sorry for bringing up this old thread, but should I work on PD or Anubis first?

Signature
I am F2P. Don&#039;t judge me
Return to thread list