I would like to suggest a voting system to be implemented on suggestion threads on this forum.
I have  the idea IGG really takes into account what the community wants. That doesn't mean they will blindly do what we ask for, but at least take our ideas into consideration.
To help them finding the priorities for the players, we vote on made suggestions to show the general interest in such changes.
Make it a little bit more structural, so to speak.

This is a example screenshot of the Mojang Minecraft suggestion forum where people are able to vote made suggestions. At the glimpse of an eye it is possible for the creators to see what the community desires. They respond in their turn by putting suggestions either "Under review" or "Announced". Both really rare and only for the top most voted suggestions. "Under review" means they are obviously reviewing it and "Announced" means it will for sure be implemented in one of the following updates. 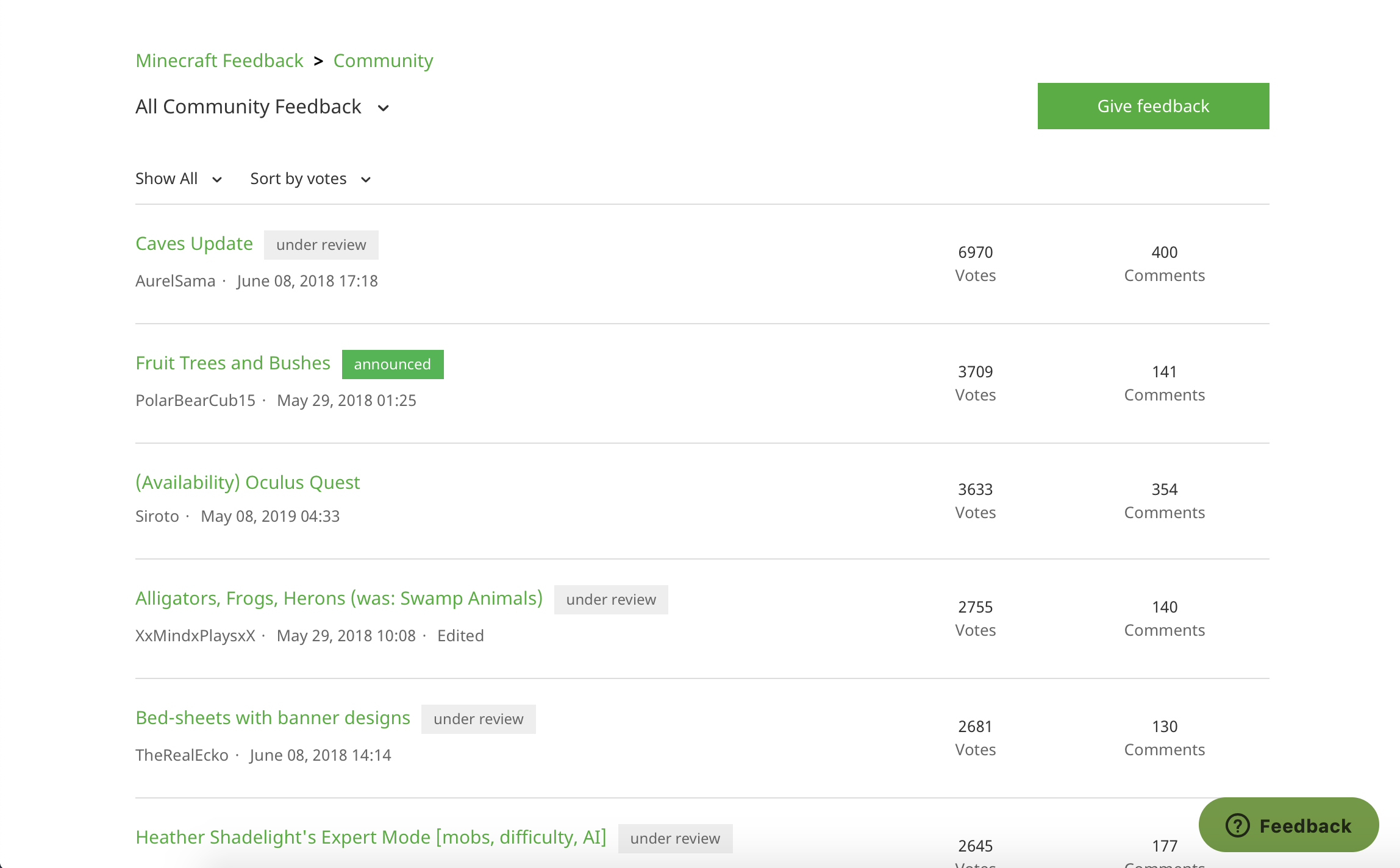 If this would be possible, then good suggestions might not go forgotten and "bad" suggestions will get filtered away, so IGG will be more tempted to use our feedback.
I got the idea they required more structural feedback because of the FB-spreadsheets they recently uploaded for people to give their opinion.

What do you think? Give your opinion!
Question for the mods: Would this at all be possible? Is there a IGG IT-team that would be able to implement this on the forum?

Good idea, although all we can do now is just comment our opinion, but since we can make polls i think it is possible to add poll system to suggestion threads.

Question for the mods:
Would this at all be possible? Is there a IGG IT-team that would be able to implement this on the forum?

Yes this is certainly within the capability of IGG's IT team, however the real question is "Will IGG be willing to invest the time and energy into this when they are actually promoting WeGamers as a replacement for the forum(s)?

kraggle Rated on 8/22/19 7:31:37 AM
If we gamers is ment to be a replacement for forum why haven't they changed the link in-game. The main issue I see with this suggestion is very few players use the forum

FirstLady Rated on 8/22/19 12:36:25 PM
More members use the forum then you might think, just everyone does not post, however for those suggestions or even good topic discussions I or someone else generally post on WeGamers, just they from time to time post their content here.

The_Spectre Rated on 8/22/19 8:16:44 PM
WeGamers as a replacement for the forums is a HORRIBLE idea, IMO. It's a good social app, I suppose, but for technical advice, bug reports, suggestions, and things like that? I don't see that working that well. Personally, I'd prefer they work on better game integration (like seeing who is logged into the game through WeGamers, being able to see linked Heroes, emojis working properly between WeGames/Castle Clash, and fixing the issue of sending notifications about a game I'm currently LOGGED INTO!) and allowing responding through notifications (I could see the notifications thing being useful if THIS was possible, since I could respond during Lava/IS/LR/LB/whatever). Yes, I've suggested all of that to WeGamers months ago... it was all soundly ignored.

FirstLady Rated on 8/23/19 12:10:51 AM
I actually don't see it working either and have a list of other things I think the time and energy would be better spent addressing, but alas I was ignored as well. :(

Ondrashek06 Rated on 8/23/19 1:30:08 AM
I do not really see WeGamers as a replacement for the forums. Most people do only use WG as a reward platform which gives you small gifts in games, and they do not use the social features as the forum is there. Anyways I do think that the forum is 1000 times better than WG.