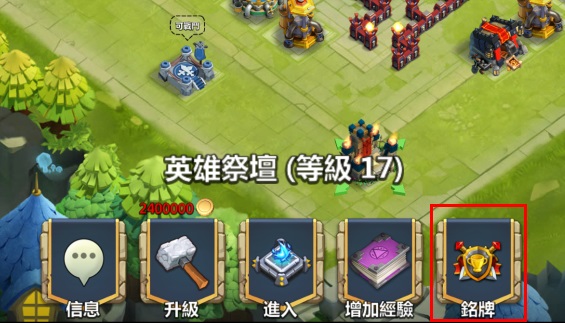 Inscriptions
1. Inscriptions are unlocked when the Hero reaches Star Level 4. Click the arrow to switch heroes 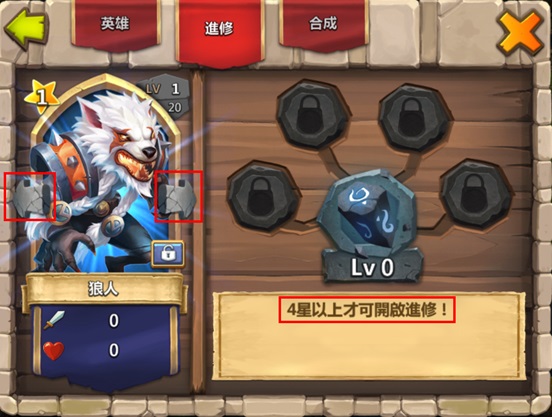 2. The Inscription Level can be increased by using blue crystals and mana. It may increase ATK and HP of the corresponding hero. 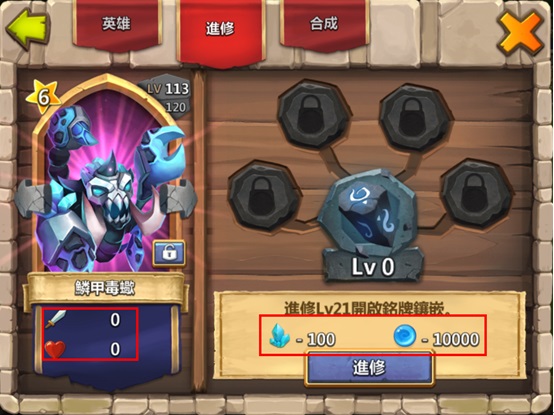 3. Crest slots are unlocked when the Inscription has reached Level 21. Crest can give extra boost to stats. 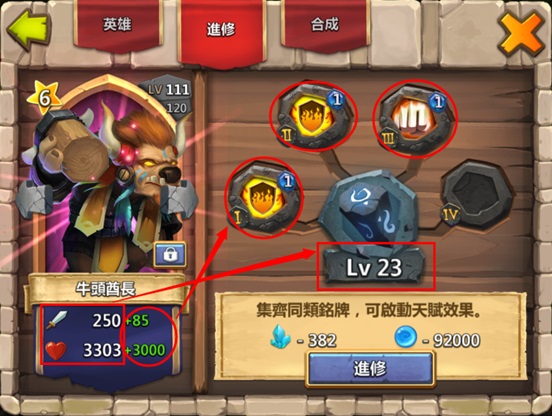 4. When inscription reaches lvl 41, Level 2 crest can be inlaid. 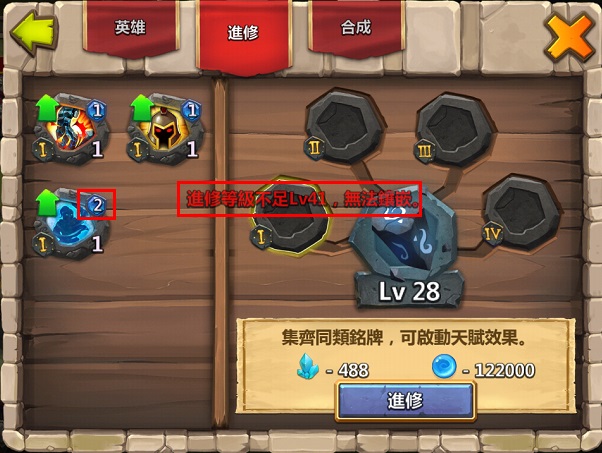 Crest:
1. Crest slots are unlocked when the Inscription has reached Level 21, which boost hero attributes further. Having a full set of Crests will activate the set Attribute (a second Talent). 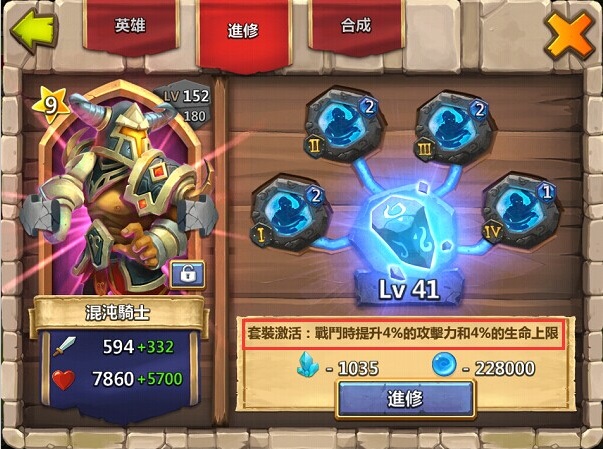 How to obtain Crest.
2. Crest may be obtained from the new world, by opening teasure box or defeating monsters. 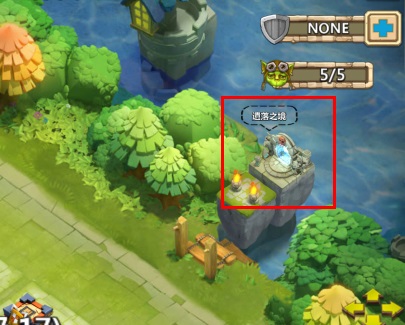 Inlaying Crests
1. Once crest slots are activated, one can choose a certain slot to inlay crest.
2. There are 4 Crest slots: I, II, III, and IV.
Crests are also classified into 4 types: I, II, III, and IV.
Each Crest type belongs to a respective slot and can only be inlaid in the correct slot.
For example, a Type I Crest can only be inlaid into Slot I. 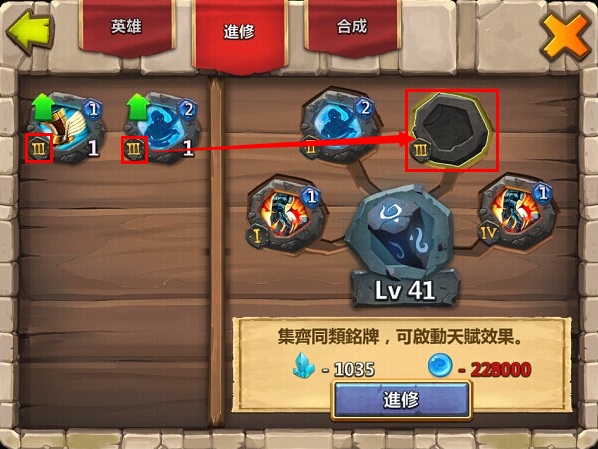 3. Player can inlay or remove crests as they like. Once removed from slot, crest can be used on another hero.

Combining Crest
1. How to Combine Crests
- Method 1: From the Warehouse, tap “Crest” then tap “Combine” in the sidebar to access the Crest Combination interface. 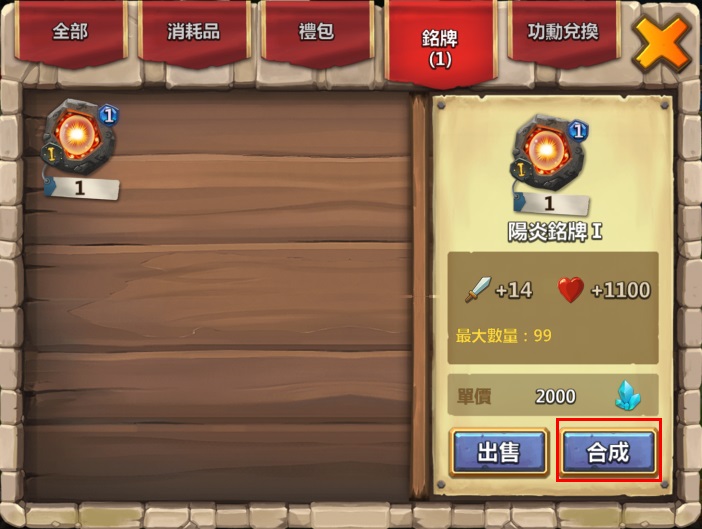 - Method 2: From the Heroes Altar, select a Hero. “Combine” will be available on the Hero’s interface. 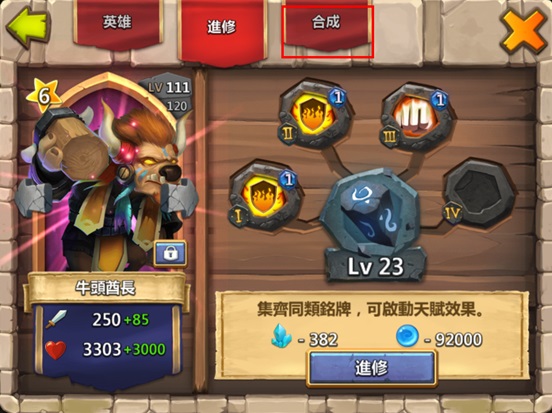 2. Each Crest can be one of 5 levels. The level can be increased by combining Crests.
Increasing the Crest’s level will increase the Crest’s Attributes and raise the level of the activated Talent.

3. 4 identical low level Crests can be combined into 1 high level Crest.
- Resources are used each time you combine Crests. The amount of resources required increases with the level of the Crest. 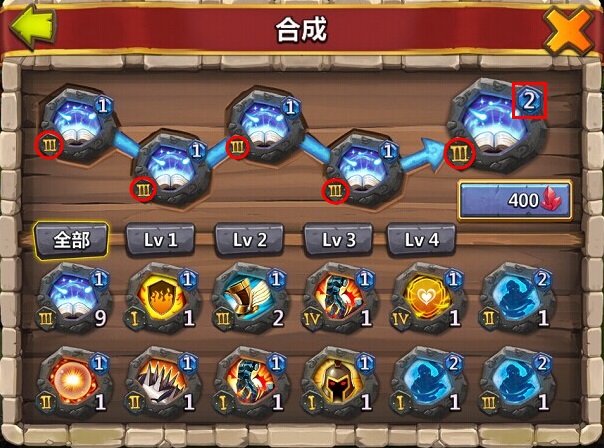 1 How to Activate
- The Crest Talent will activate when every slot has an inlaid Crest and the Crests are all from the same set.
- Example: When every slot is inlaid with a “Revive” Crest, the talent will be activated. 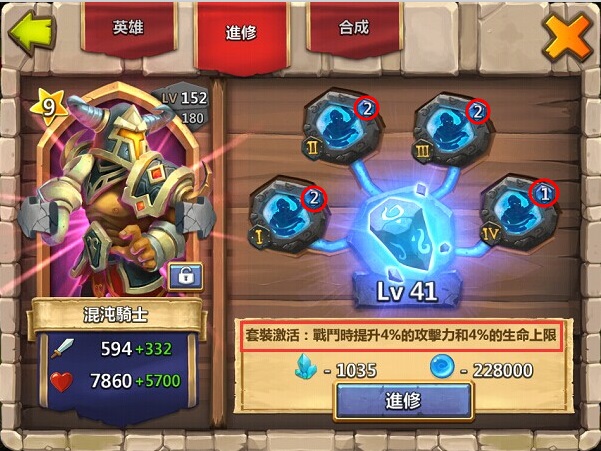 Ughhh another game with crests :'(

Haven't read it all but Mana? This seems interesting

yes.  mana. guys save ya alls mana vault. me comin

Haven't read it all but Mana? This seems interesting

Looks like Mana and the blue minerals (from Starcraft) hehe

Looks like it'll be heavily p2w, only way to defend your crystals and get a second talent is to outspend your attacker.

And anyone know a way to get the actual inscription?

i can only guess there is some relation. so easier to reach higher might most likely.
Rate Delete Ratings
Comment
Submitting…