Backstory. Plague Bearer was once the enslaved pet of the arch demon. He would be forced to bring death and destruction to the world. He broke free of his chains and bonds to the arch demon and now chooses his own path.

Hero notes:
-Plague Bearers “wings” lift exposing poisonous glands. The glands shoot poison at enemies and his ribs are exposed while wings are up. Poisonous gas purges from his ribs when wings are up. Has row of spikes that follow down spine even in between the two wings. Plague bearer exhales toxic gases that are deadly to any close enough. His tail is similar to an ankylosaurus and a stegosaurus together 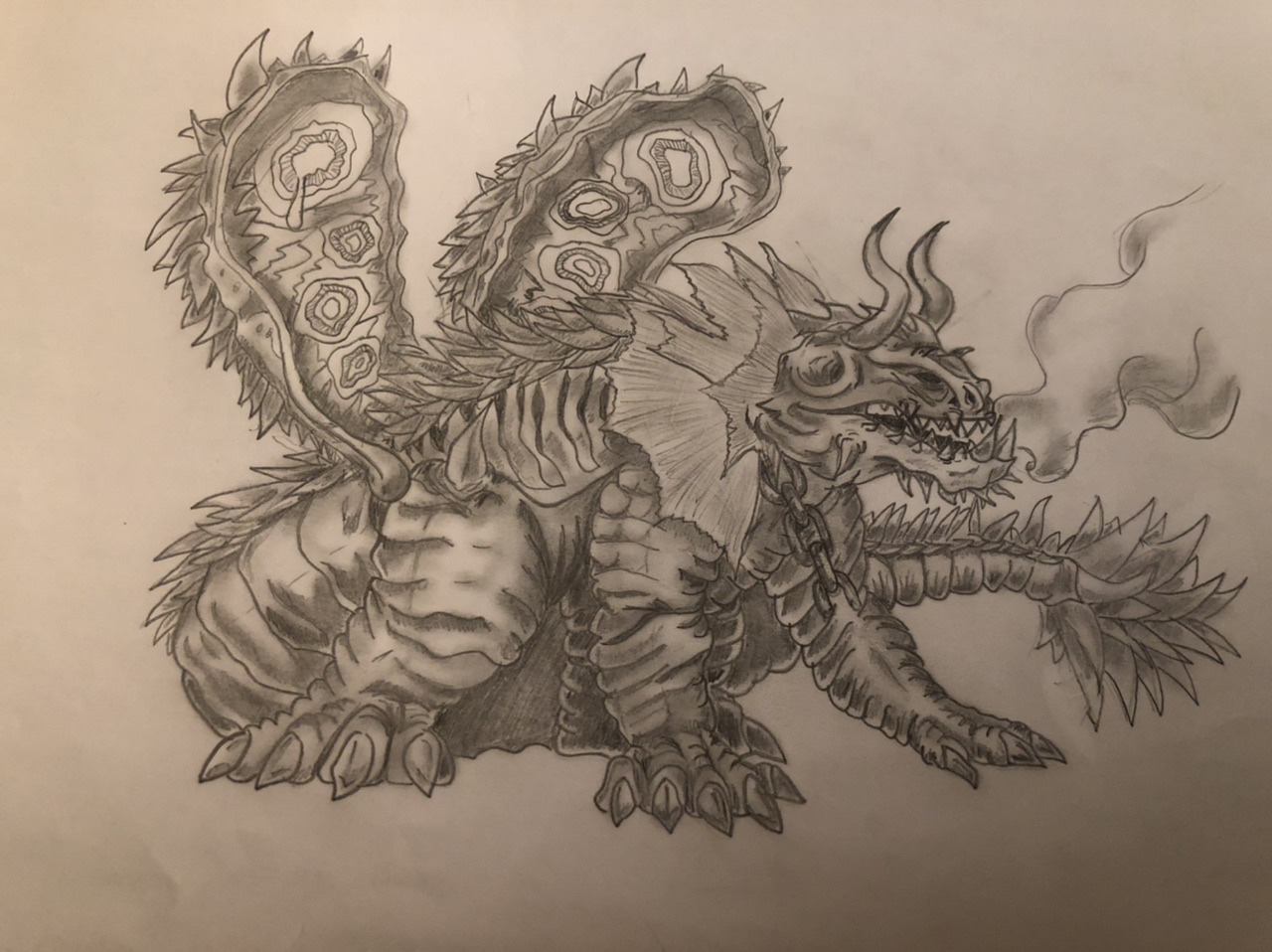 Another detailed idea. Dude, you are getting better and better with that.
Nice drawing.

Something that is pretty rare around here, a comprehensive suggestion.  Kudos!

FirstLady Rated on 3/22/21 1:41:57 PM
My pleasure it is refreshing to see suggestions that are detailed and comprehensive.

Interesting hero. I feel like all it would take to beat this dragon is to place all heros away from him and let them snipe him. Just having walla or rudoff on team would render most of his debuffs ineffective but still neat idea would be interesting to see IGG implement something like this into the game.

Tiggybangz Rated on 3/22/21 6:55:37 PM
That’s really interesting to read I never thought about players having to stay away from it as much as I was thinking of if offensively. Great feedback. I just think how a enemy mummy, dyna, water, or ram would be made useless head to head. But if they sniped him from far they’d only activate his 1/3 chance proc. Thanks for the feedback

Cichociemiak Rated on 3/23/21 3:25:07 AM
It is good that hero can be counted in specific way, not that which is not beatable for some time.