[Chat (Android)] I'm trying to put this guys to the top.. (Dynamica)

Tell me your thoughs guys.. I think this hero is kind of monster...
I'm trying to make him more powerful tho..
But same problem. Not money to spend. Although I found ways to get him free.. But it need time! 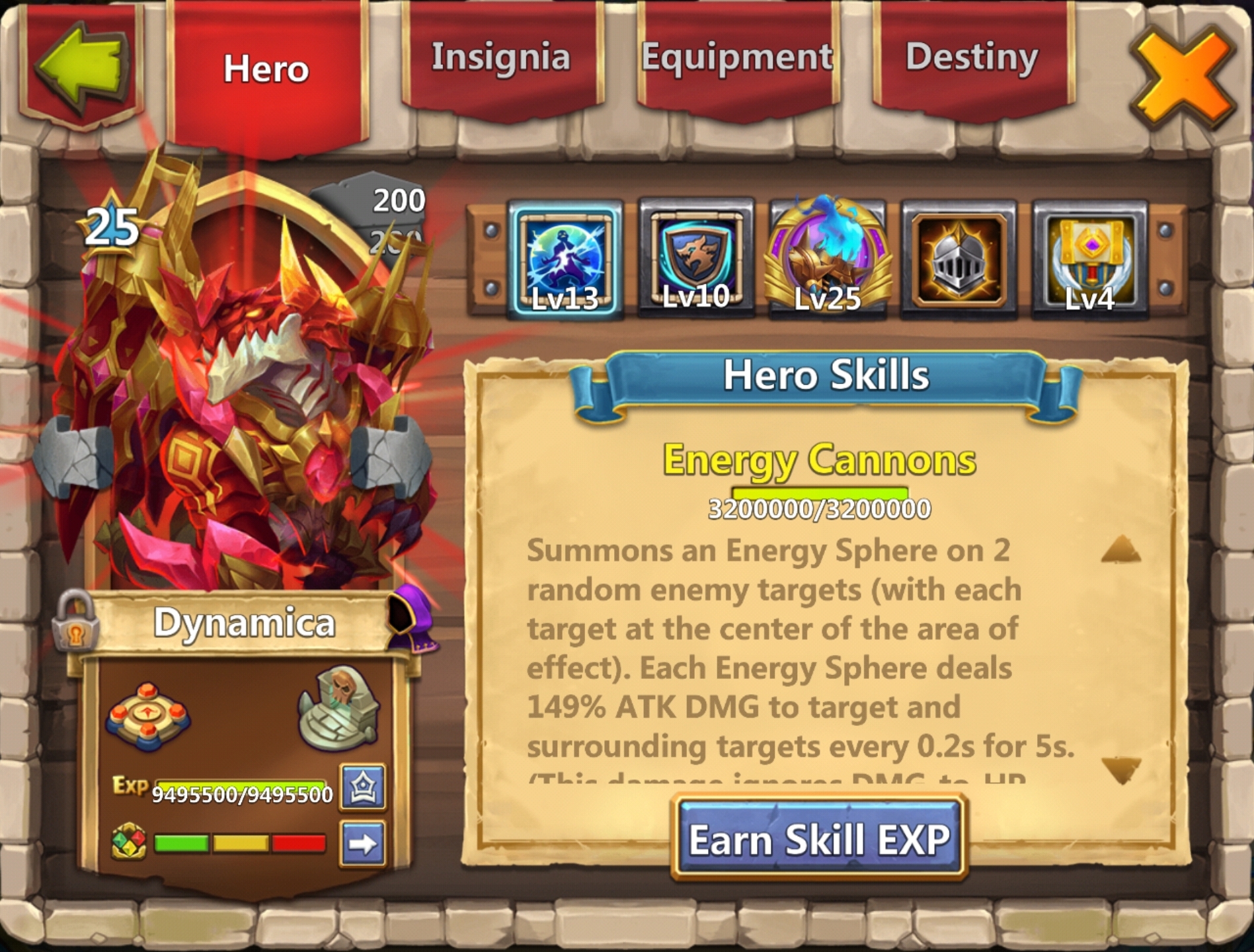 Cichociemiak Rated on 12/25/20 5:50:38 PM
We already know this way, and it is not new. This is reason why there is so many Dyna currently in game. Not all are P2P. I have Devo Dyna with lvl 14 relic on both my accs. But still thanks for your effort.

First get more copys of him in order to unlock his relic, that will boost his stats by a lot. Second make sure he has good traits(acc, crit, crit dmg, attack) and a good pet with good traits. Also a good idea would be to run droggo on him once you mange to get 20k+ acc without a super pet. You could also try other builds such as wa and sl or ob and sl for higher damage and lower damage reduction or wa and up/ob and wa for a max damage build(I run wa and up personally). Also the event you are talking about is spring/prospectors wheel, which is a event that has had dyna available for 100 coins for months now but thnxs for the reminder as some member may have forgotten about that golden opportunity.

Cichociemiak Rated on 12/25/20 5:52:45 PM
This is good advice. I am also using DC in def, but i was thinking about more offensive build, and what @Shadygamersan wrote is good imo. Just i need to finally switch Empowered 10 insignia from Dyna on offense....