IGG's fantasy strategy mobile game <Castle Clash> has attracted support from a vast number of players, garnering over 50 million downloads worldwide. After much anticipation, the world’s first ever guild leader meet-and-greet session was held at Butterfly Dining Chinese Cuisine Banquet in Taipei, Taiwan on March 29, 2015. Close to a hundred lucky guild leaders were carefully selected by IGG to participate in this event! 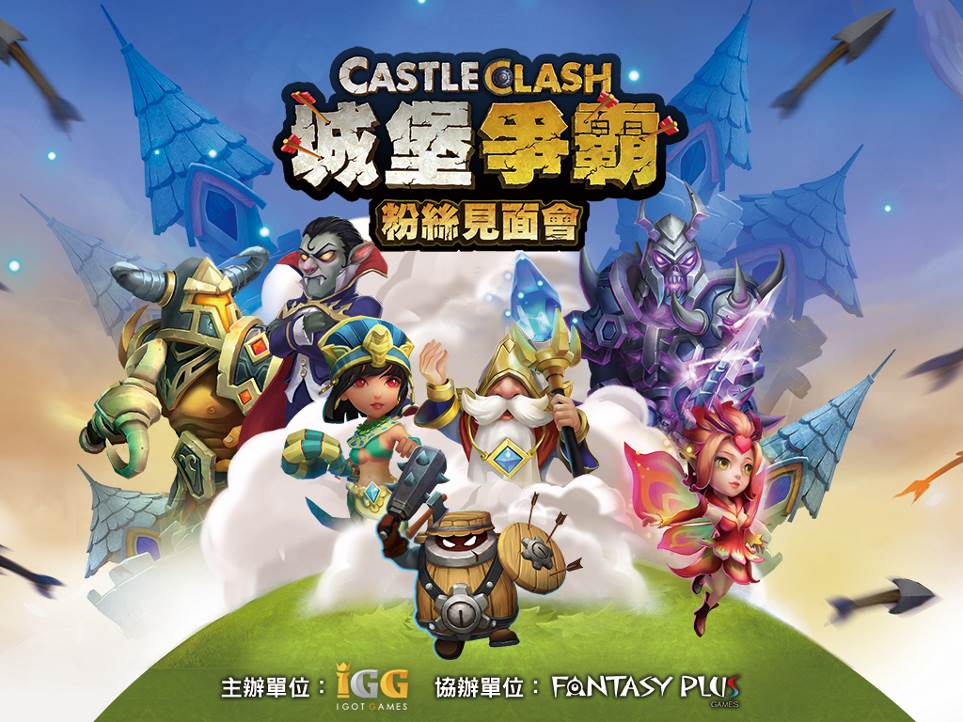 Ozaki International Co., Ltd. and IGG sponsored some wonderful prizes for the guests, including OZAKI Freeman lens cleaners, limited edition virtual gift packs, great rewards for each round of contests! 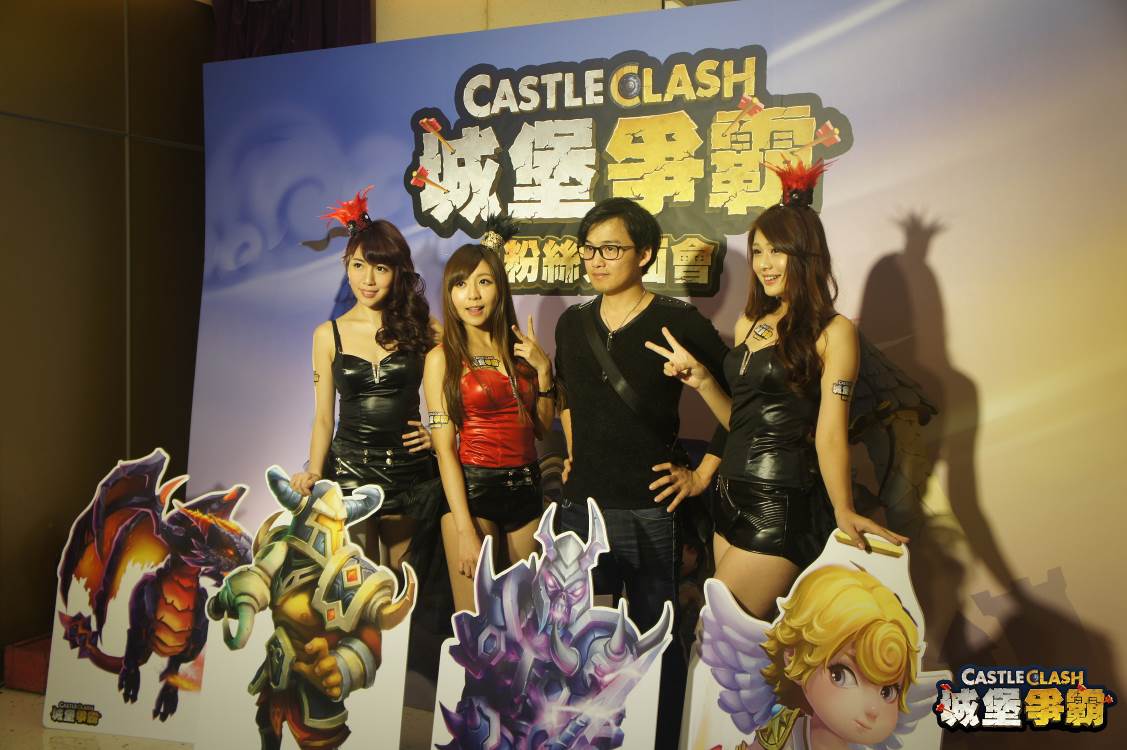 A Sneak Peek at the Latest Content
The event begun with the emcee and models riling up the crowd. The co-organizers were invited on stage to share the latest news about Castle Clash and the year's plans for Heroes, buildings, and game-play. 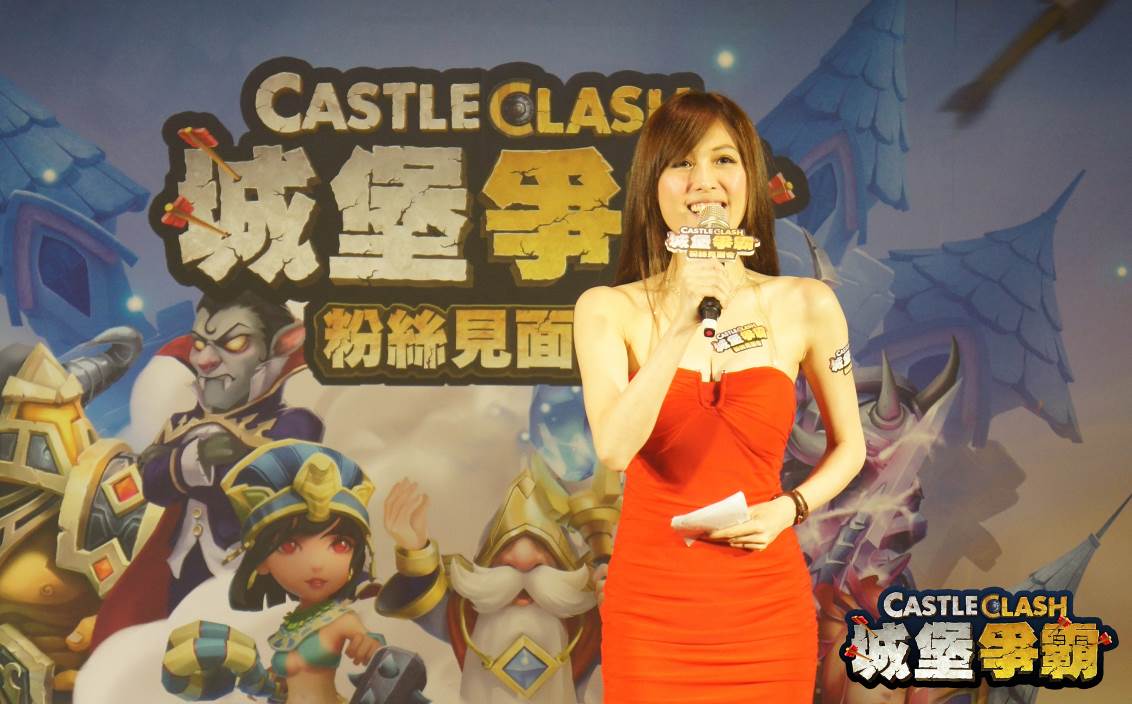 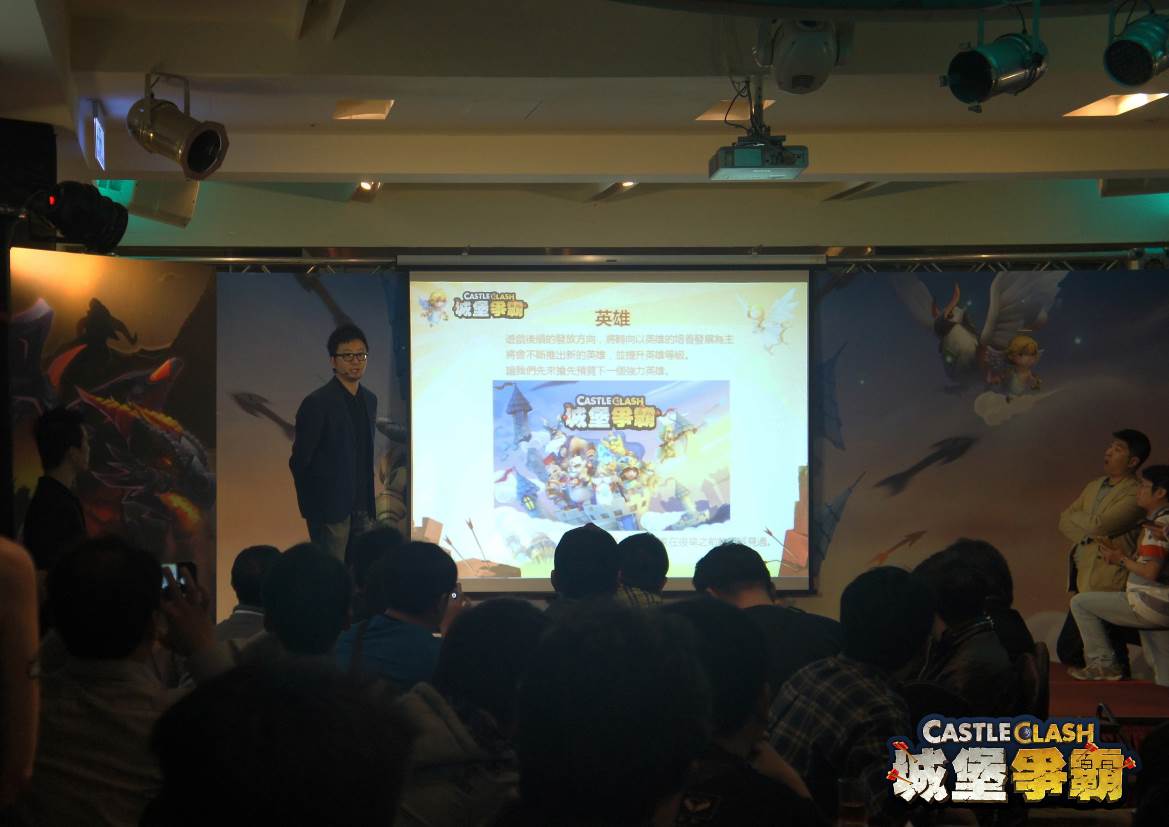 Real-time Dungeon Challenge
For the first segment of the event, six lucky participants were randomly chosen to see who could complete a dungeon in the shortest time! Each of them showcased their excellent strategies, but finally it was Xu, guild leader of ‘Tianxia’ who emerged champion with a record time of 17s. Yan and Ceng, leaders of the guilds ‘Haihuang’ and ‘Yongzhe Wuju’ respectively, performed wonderfully as well. They came in 2[sup]nd[/sup] and 3[sup]rd[/sup] with times of 20s and 21s. 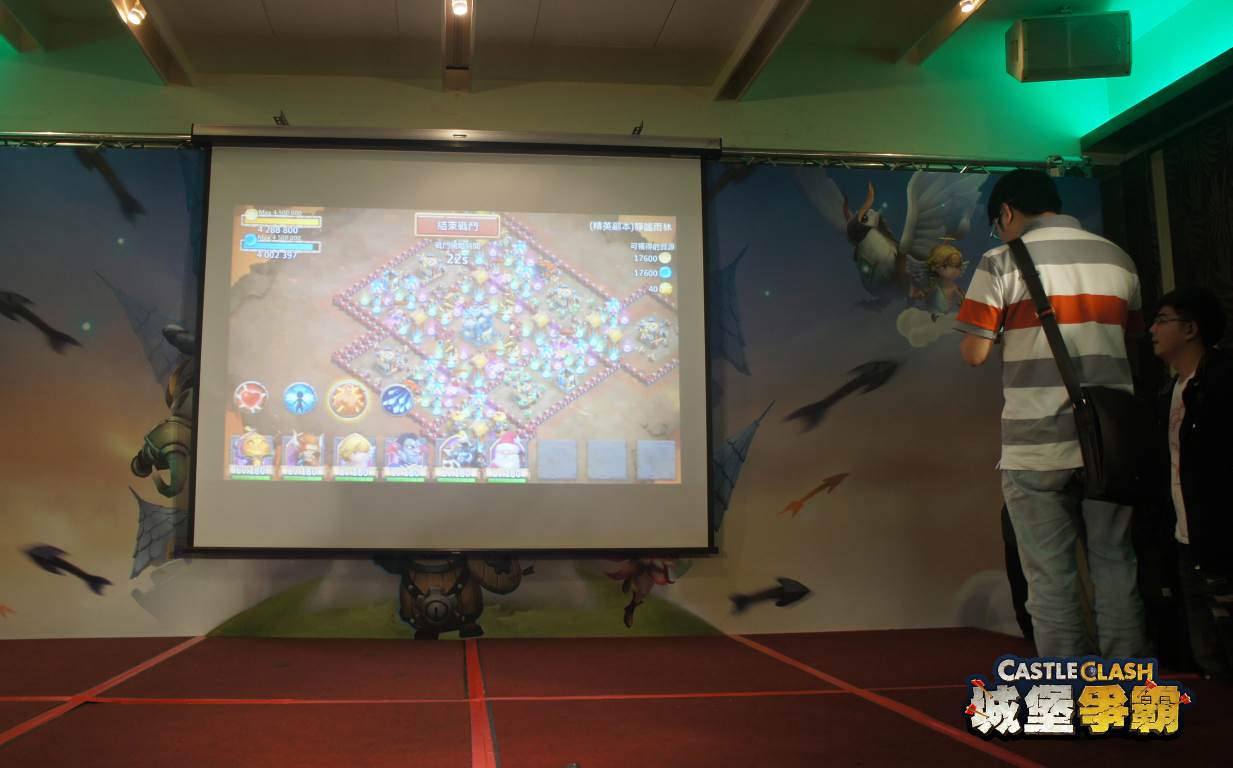 Live feed of challenging a dungeon 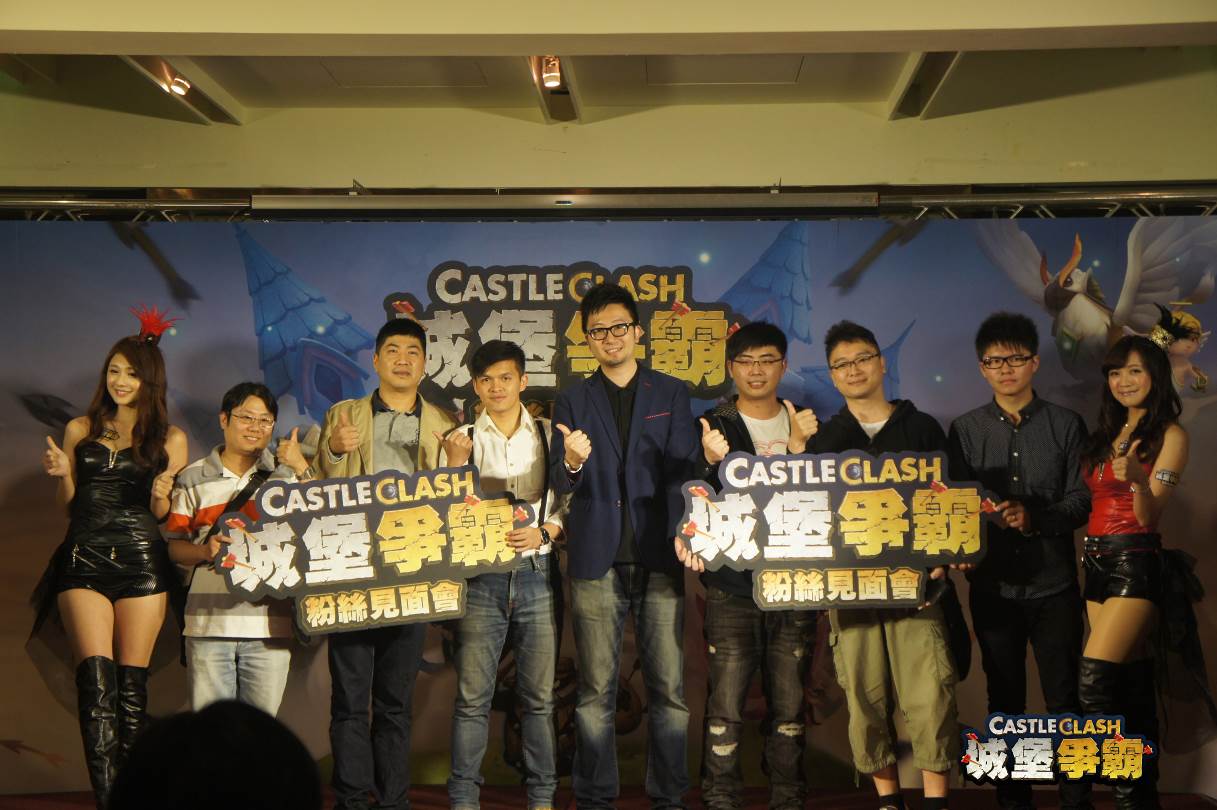 Guild leaders invited onto the stage

LINK! A Guild Leaders' Best Friend
The next segment of the event begun with the emcee teaching everyone how to use the latest instant messaging software, LINK, to create groups for guild communication. To familiarize guild leaders with the process of creating and joining Groups, the models created groups and invited all who were present to join them. 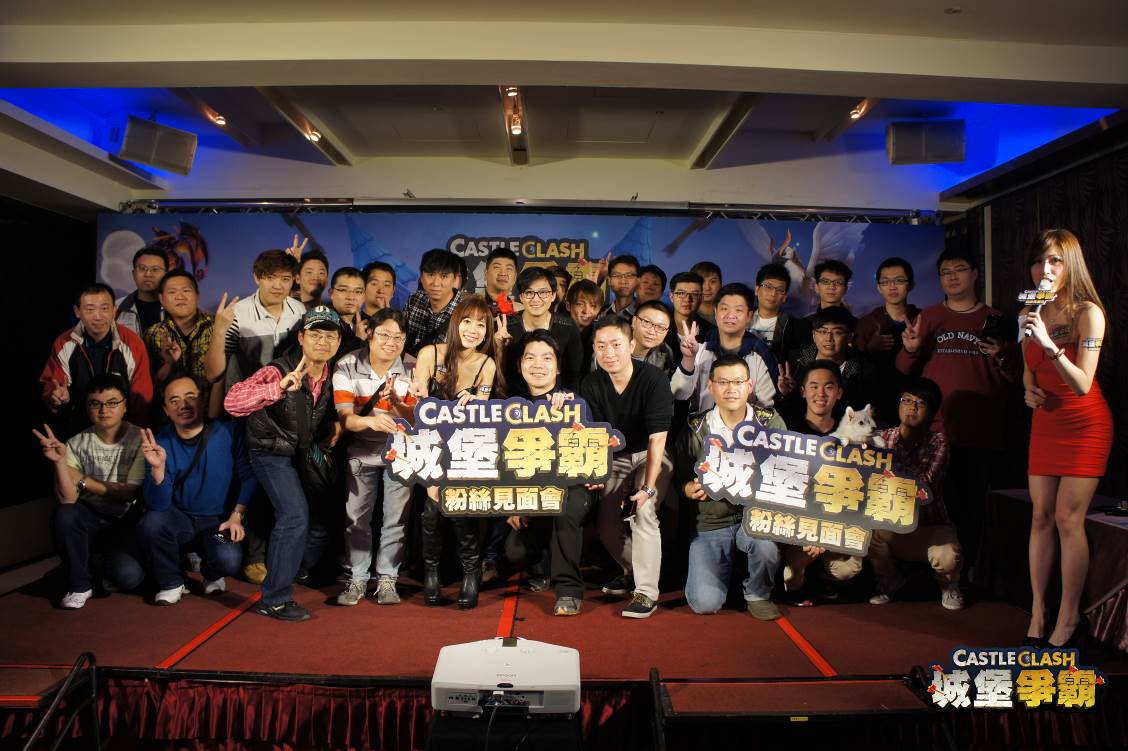 Base Showcase! A Battle of Creativity
The base contest that happened next was a major highlight of the event. From each table, a representative was sent on stage to introduce their base design and its concept. Every representative was so creative that the judges couldn't decide on a winner and gave everyone the full prize! 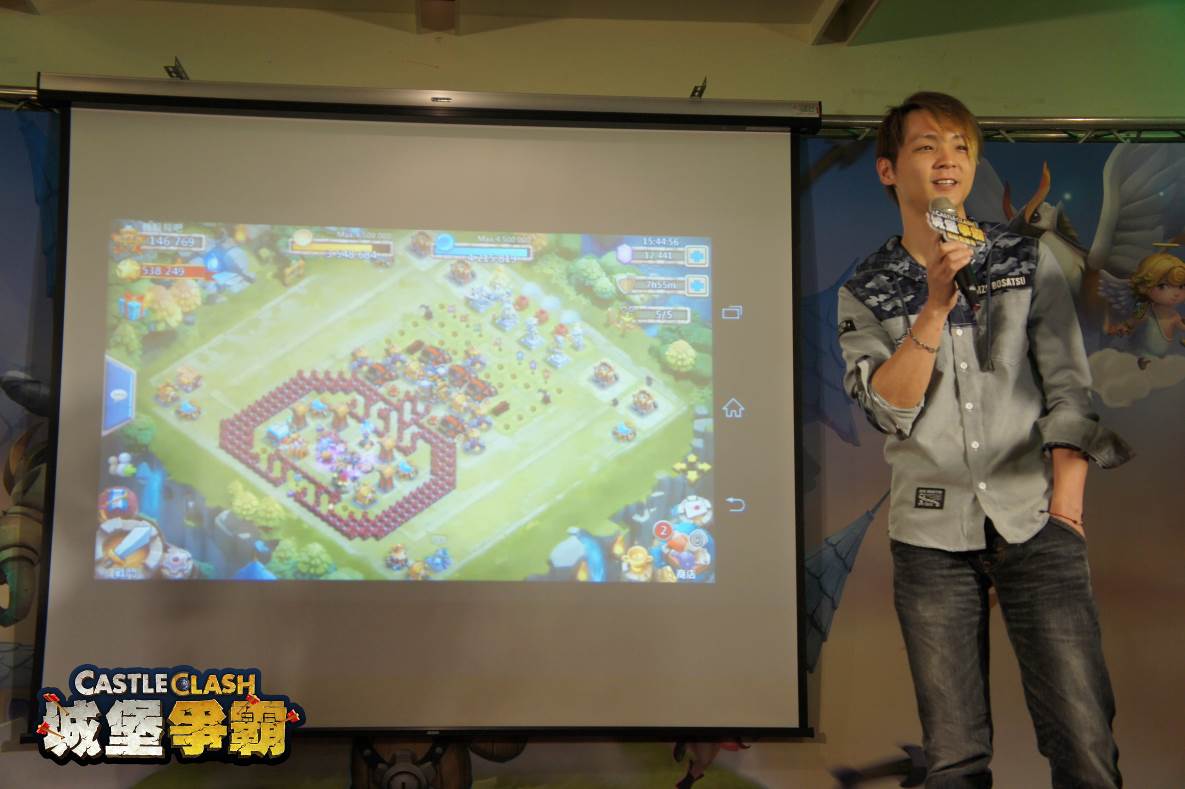 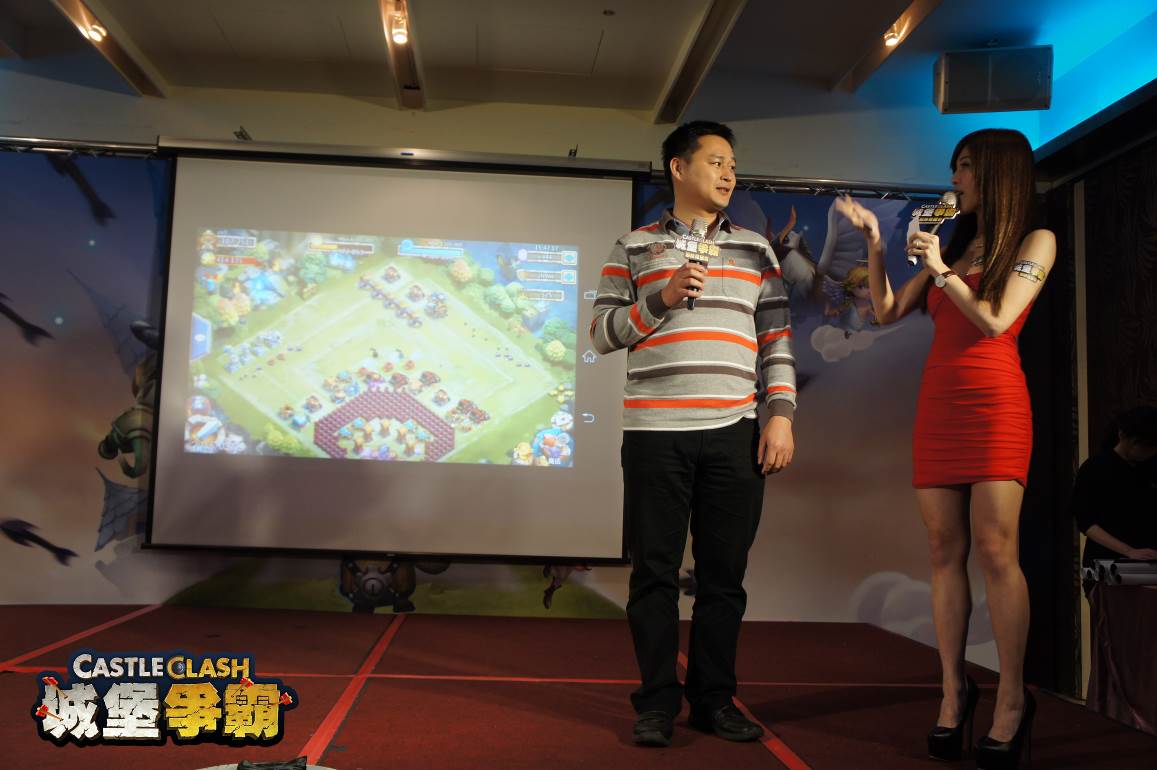 Each guild leader had a unique base design 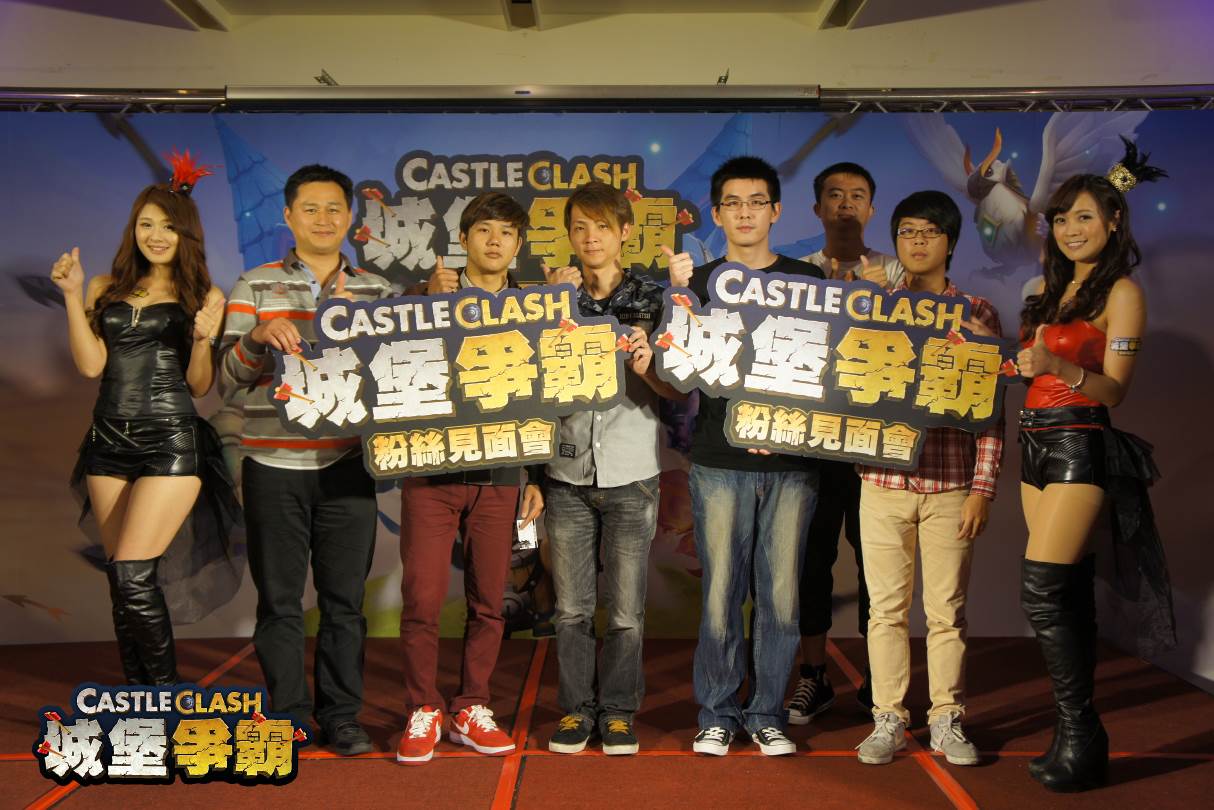 Group photo of base contest participants 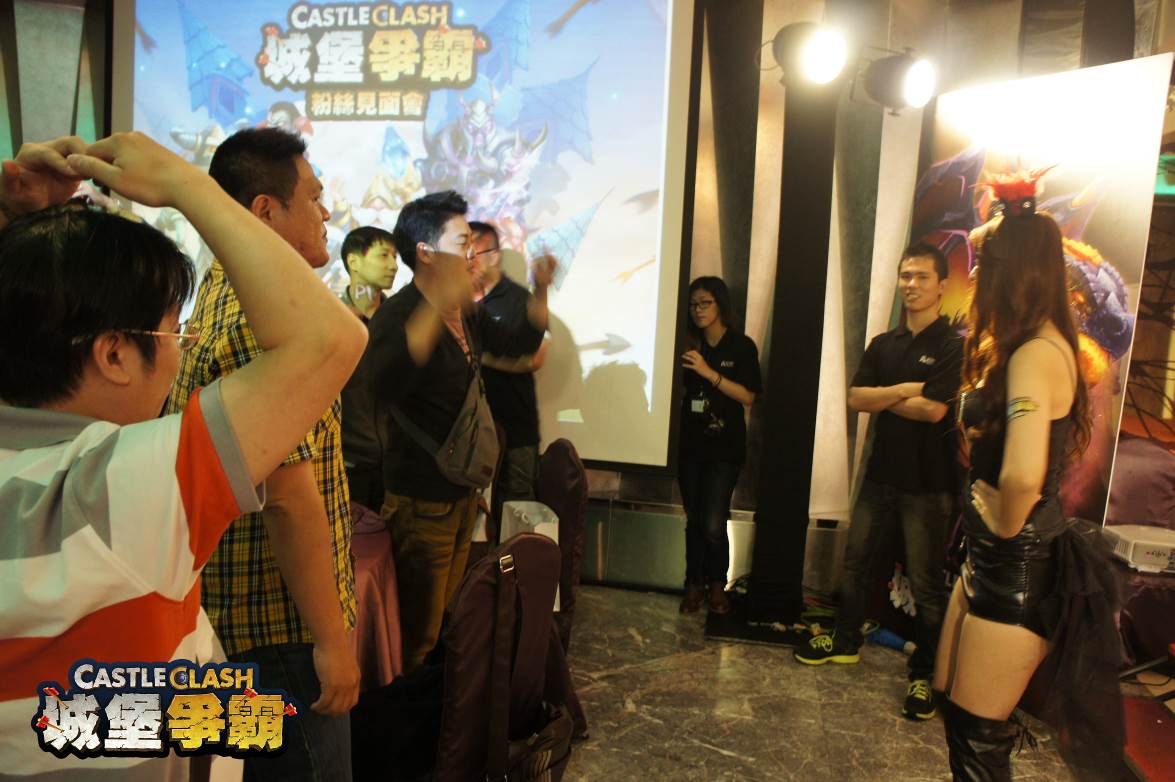 Guild leaders showdown with the models 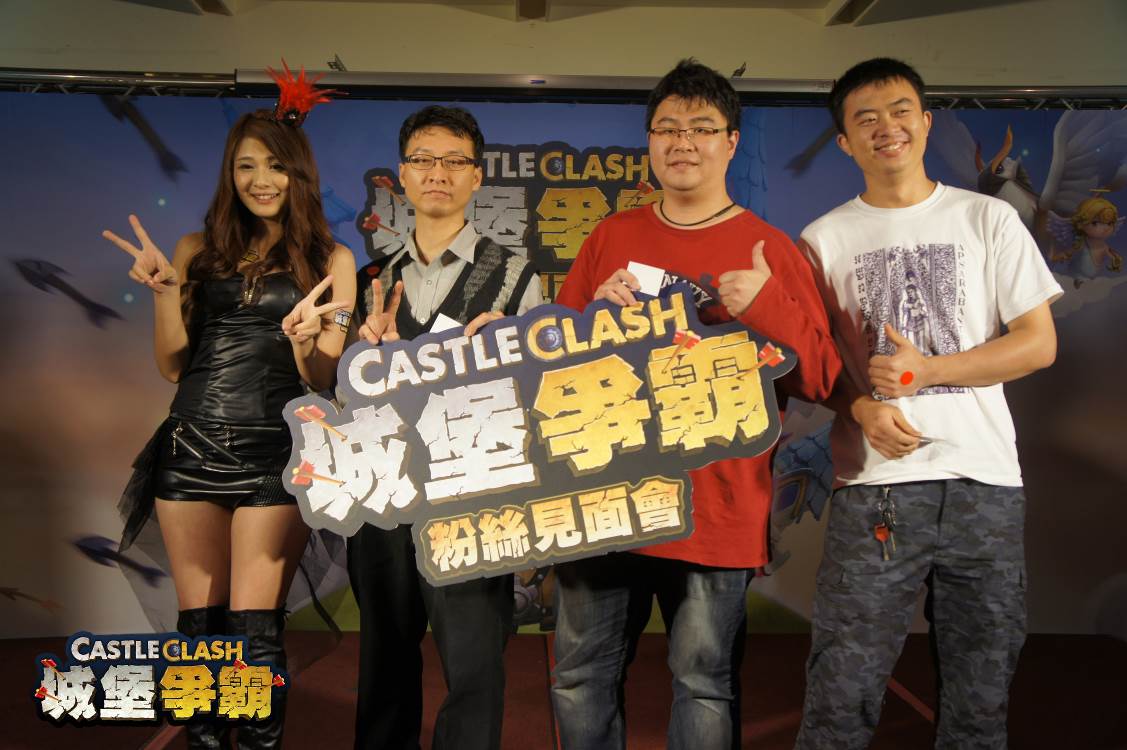 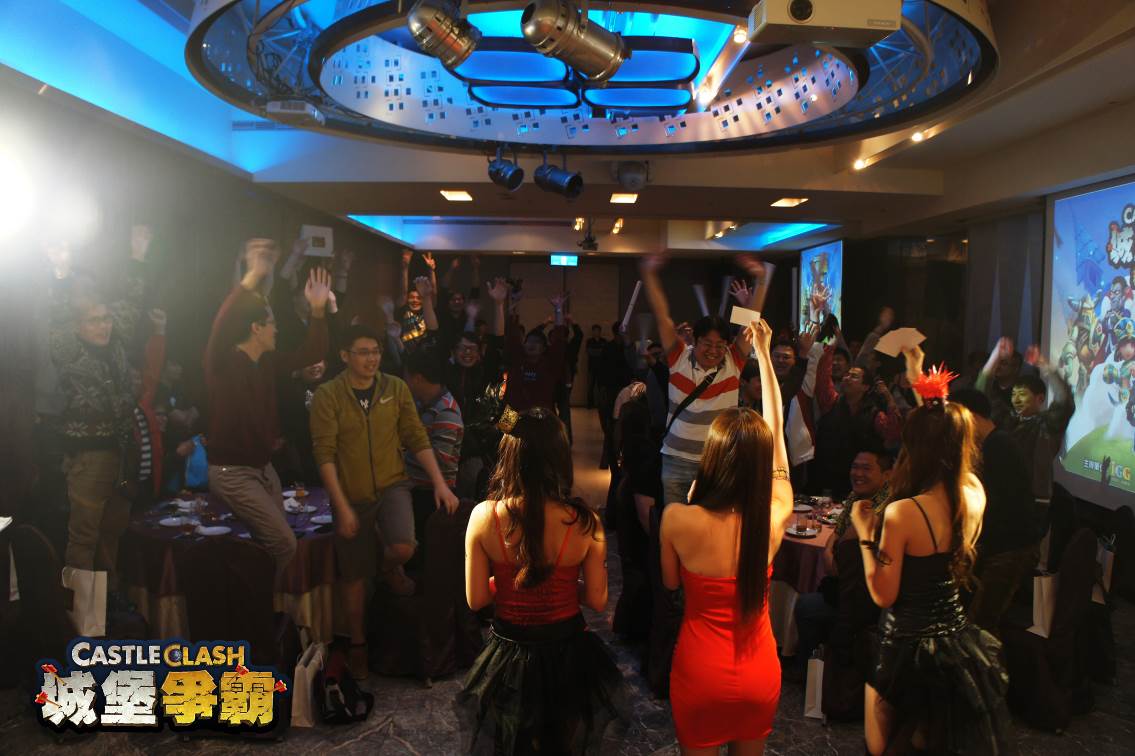 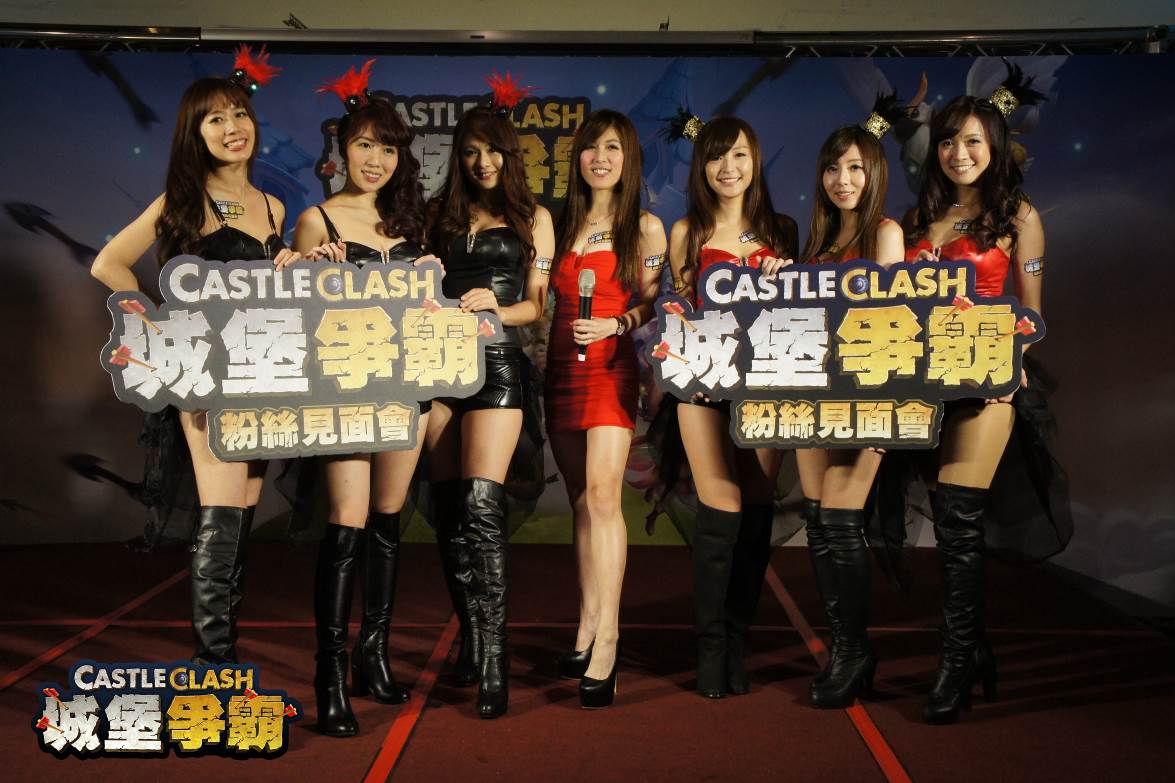 Emcee and models having fun with the guild leaders 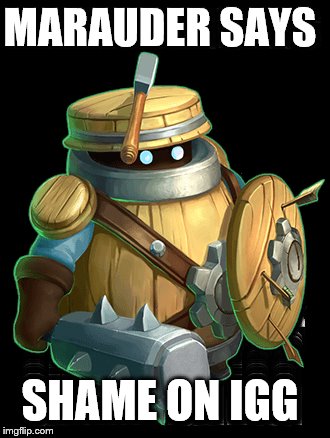 A few leaders have met in london

Funny, it looks like no western guild leaders there... huh...

Signature
Why am I still banned?

looks like a racist event. I don't see a single Caucasian or African American.....

I just notice the ladies. Yes, I agree about the diversity issue. A little offended to be honest.

Could we do one in Amsterdam?