[News] Get the Inside Scoop from the Arthurian Knight 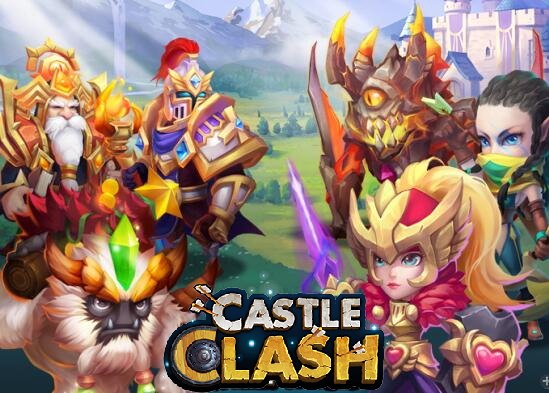 Greetings, I am the Arthurian Knight! I am here to announce the potential changes coming to Castle Clash based on the responses players provided in recent surveys.

Details:
Castle Clash is conducting surveys ahead of major changes based on players' requests! From Fall 2019, we will enhance in-game elements such as Backgrounds and Hero biographies, and include story elements and dialogue as monthly sneak peek content!
(Sneak peek content will be updated regularly for changes or errors.)

<New Troops and Spells>
The Army Camp and Relic Hall are older elements of the game. In a survey conducted in August, we found that players expect more from these two aspects. We also hope to make the base more fun and interesting, so we will likely schedule a base update.

[Armies and Troops]
Paladin raised his sword, "I shall train these Marksmen into an elite army and guard our fortress at the frontline. This I swear on my honor!"

[Advanced Magic]
Warlock: I see many cursed or unknown creatures among Immortep's troops. Nothing my new spells from [Celestial Peak] can't handle, heh heh. I'll send them back to the [Barren Sands] with their tails between their legs!

<Strong Building Defenses>
We discovered an excellent suggestion in our surveys: [Building Shields].
Some players also suggested Heroes who boost Buildings. That's another awesome idea! Such Heroes could join your forces as powerful contributors in the near future. Stay tuned!

[Building Boosts]
Sasquatch bellowed excitedly, "пј€ж€‘жњѓиїЅйљЁй ".
(I shall follow the Hero who shielded the base's buildings)

<Mighty Heroes>
Legendary Heroes have always been an important part of Castle Clash, and survey responses indicate likewise. Rest assured, my lords. We will introduce new Legendary Heroes regularly!
[Legendary Heroes]
Ghoulem emits a low growl, "The Blood Gem can sense when a legendary Hero approaches. I shall protect the Royal Capital against any trespasser, no matter their Faction."

<Multiple Arena Challenges>
I'm always looking to test my skills against other fighters, or take on different types of challenges (perhaps a Siege mode). I'm sure the Castle Clash staff can make cross-server battles happen in the future!
[Cross-Server Arena]
Rosaleen: My lord, I travelled to Narcia's Subterrania region and challenged elite players in the Arena. It is an excellent place to hone your skills and strategies!

<Double Rewards>
After seeing so many requests for more rewards, I was compelled to take this demand to the developers myself... and they agreed to it! You can find multiplied rewards in certain Dungeons (official announcements can overrule this post.)

they finaly woke up nice igg...

It is step in good direction, but let's wait and see what changes will be made. We saw ideas of 6 features where improvements can be made, so what we can do now is wait and see. At least complainers will not be able to tell, that IGG is not listening to ppl ideas and requests.

Itching for the reveal soonest!

There was a previous announcement on TW forum for these changes and of course like everyone else I am awaiting the actual reveals.