Thank you for clicking on my thread! I hope you will enjoy this base as much as I do.

After a lot of modifications and a lot of bases copied and altered and tested, I finished building this base, which I've got the idea from Busky's(supposably) Corner design but I've changed it and made it my own.
This is for TH lvl 7 up to TH lvl 13 and should not be used over that, any higher than that and you might wanna use a diffrent design that may take advantage of the extra tower and more walls, any lower and it might not work at it's best.
I call it the WCM(Woover's Corner Modification).

Here is a picture showing the base for diffrent TownHall lvls(replace vaults with towers if you use them, for further guidelines look below):
TH lvl 7:
(adding img)
TH lvl 8: 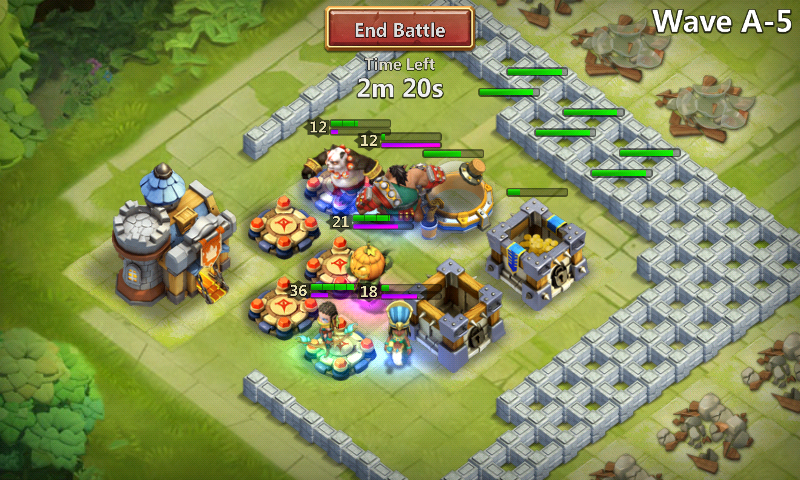 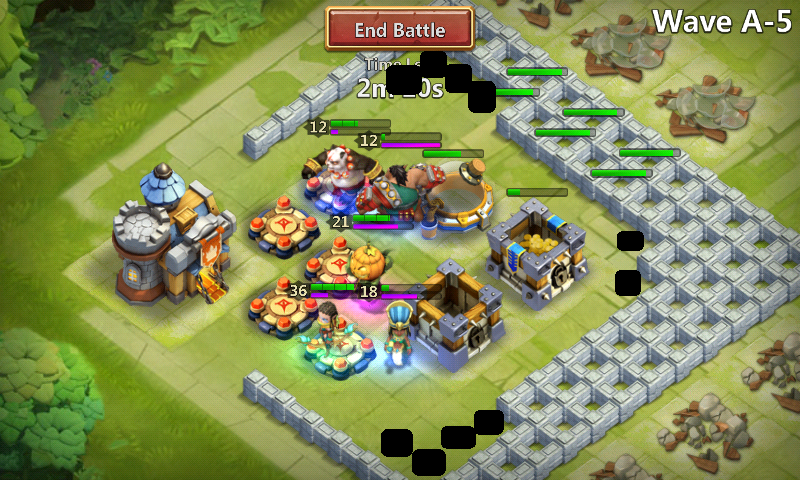 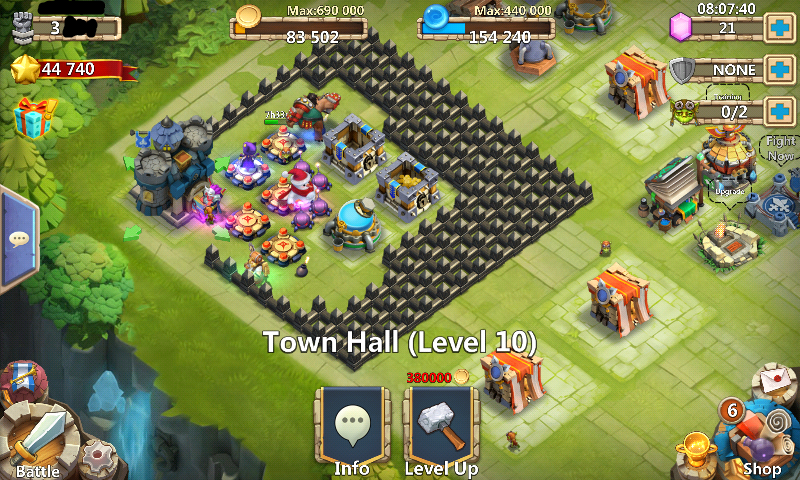 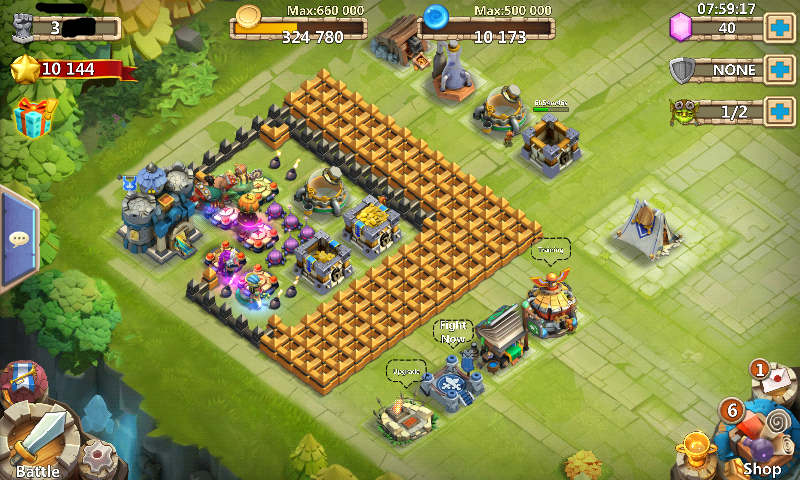 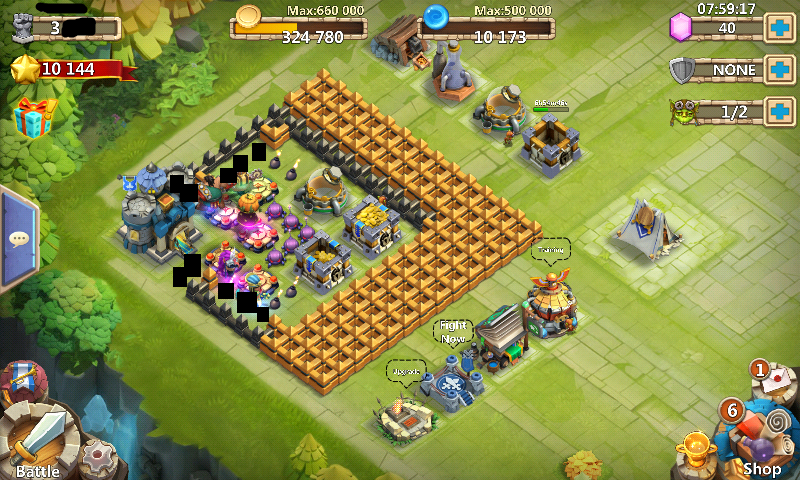 TH lvl 13(Farming B without troops or towers, troops were there to raid): 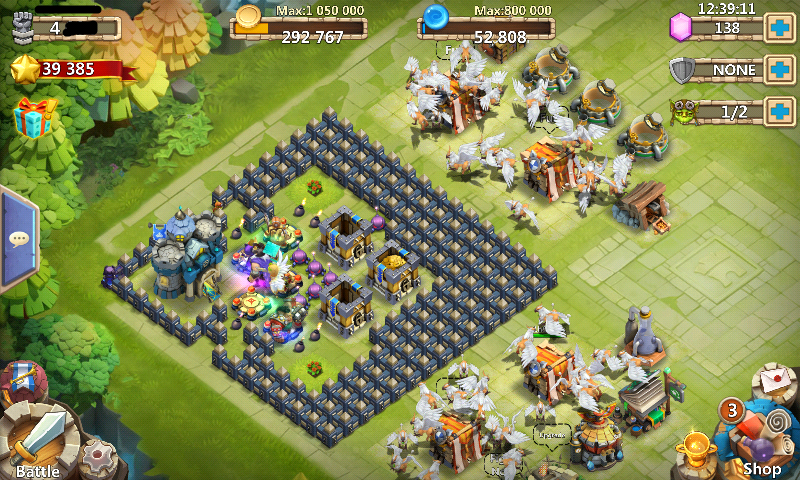 TH lvl 13(Farming B, showing heroes and at another viewpoint): 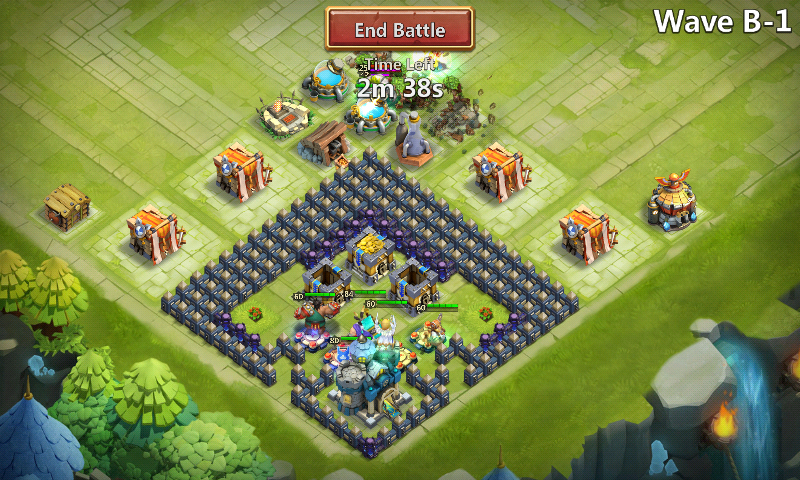 Pros:
+ Makes a Huge pathing until enemies reach the Towers/Vaults
+ Lets your towers hit the enemy troops and heroes a lot (if used)
+ Paths raiders around the whole corner
+ Prevents raiders from spawning heroes and troops near your gold vaults easily(unless you use the tower setup)
Cons:
- Mana can be stole with minimal hero loss and Gold with flying troops/heroes
- Have 1 bad spawn every about 6 attempts that can be deadly(near the Townhall or a hero base if the townhall is down)
- Should not be used for D+, since flyers can be a weakspot of this setup, but is still very favorable to most setups for the TH lvls


A picture of me winning A-5 without Towers on TH lvl 8 with lvl 20 heroes: 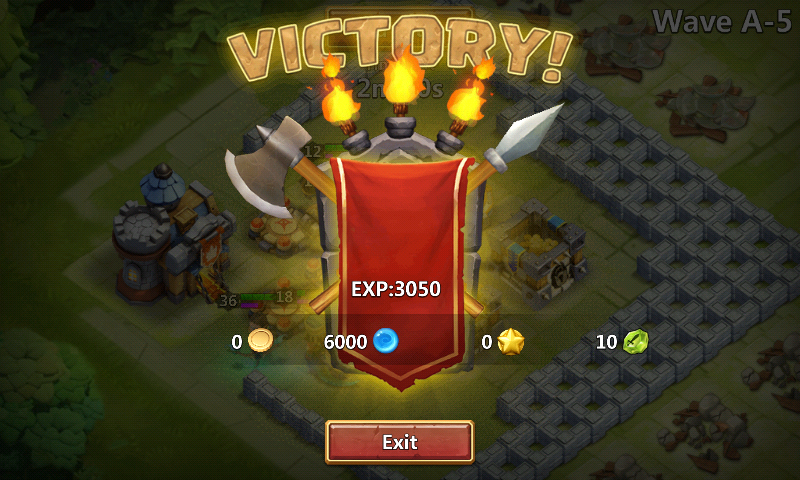 Couple of guidelines:
* The Townhall, and hero bases positions should never be changed, also the vaults to walls positioning should always stay the same.
* Hero bases should be leveled up, and The middle hero base is the most important one, should be leveled up 1 range higher than the rest and should have the most important AoE(Area of Effect) or buffing hero.
* Troops should never be used, if you use towers troops can be used with caution.
* If you use towers replace the 3 vaults inside the core with the the 3 towers, if you use the setup for TH lvl 13 and you have 4 towers, you can use the last tower near the edge of the wall corner for maximum effectiveness.

Please don't forget to comment and favor if you like the design or got some use out of it.

The 2nd con is the 1st what i thought about. Well, good job by creating your own designs. I appreciate that! I will try it, and say how is it on Wave D and Town Hall 13

I assure you, you can not find a better setup for TH lvl 7-12, on 13+ you might find something better for up to C.
For D waves that might be an exception, it is harder to manage for D waves, but is still favorable to many other setups.
Rate Delete Ratings
Comment
Submitting…

Please post your honest feedback about this setup and how it worked out for you.
Thanks in advance.

With similar setup I did wave D with TH12, 1x cannon and 2x arrow towers.

wtf with the ancient bump??