In reference to issues mentioned in the previous reply, I have new information.

After collecting enough Scorch crests on my smurf, I tried repeating the same experiment using a GR attacker.  The GR had skill 5/9 (4 targets).  The base had 4 heroes with Scorch crests, and 2 empty hero bases and empty army camps.  So each GR proc would hit all 4 scorch heroes.  I repeated the experiment until I counted 50 procs.  All 200 hits did damage.  It doesn't appear that a hero skill can trigger the scorch defense.

I followed up with another experiment where I used only one defender in the base (the Druid with scorch crests) and 5 empty hero bases.  I then dropped dozens of Guardian troops close to this hero, and then attacked a bunch of buildings with the GR.  After some tries, I got the scorch to work against the GR proc (presumably triggered by the Guardians), displaying a damage of 0; pic included. 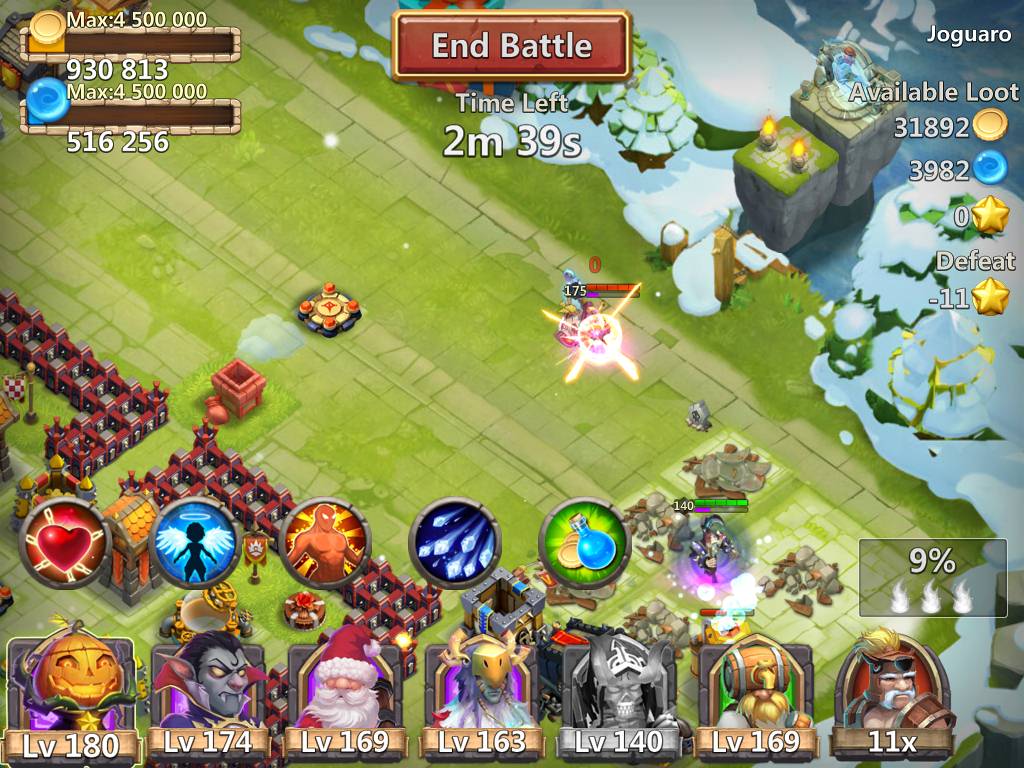