Definitely a good base if I had much higher garrisons. I found that the bosses take some time to kill and usually in the process of killing a boss the next boss can spawn close to it which can screw the base over or the hero. So increasing the stun chances seems to be the best choice in doing so. With so many towers the heroes can barely gets there to destroy anything while the heroes are distracted. The walls are unnecessary but I just wanted to kill in all the space. Also towers have pretty high hp so they'll probably survive quite a bit.


Still debating on changing it for a lane base but losing some towers would decrease the stun chance overall. So far it's working as intended but I haven't done WGII and III yet

CC_Slayer Rated on 5/12/15 6:58:12 PM
If I were I would run in the back like a corner base and have that one thing of walls facing the direction if there was a backspawn

derpy666 Rated on 5/13/15 1:29:44 AM
We have not since they don't have the garrison to supply all the towers. We tried some of the designs on the previous pages. We ran into a few errors such as LR boss floating over a thick row of walls and sometimes having bad location for the heroes. We did the 2 death box variations with diagonal and horizontal pathways. And also a corner base with this mass tower base at the corner. All just had the issues as I said above. We believe as a group that this might be the best base in order to eliminate the LR boss floating over walls. If the garrisons are fully provide I think we can see a near full stun chain.

derpy666 Rated on 5/13/15 1:31:29 AM
For my random group testing as an individual base, it definitely helped out the 2 bases right next to mines. The range of the towers were able to reach far enough to help stun.

This one work because  the tower reaches furthest and gets aground first unless multiple waves come from same directed before my hero's kill the enemies. 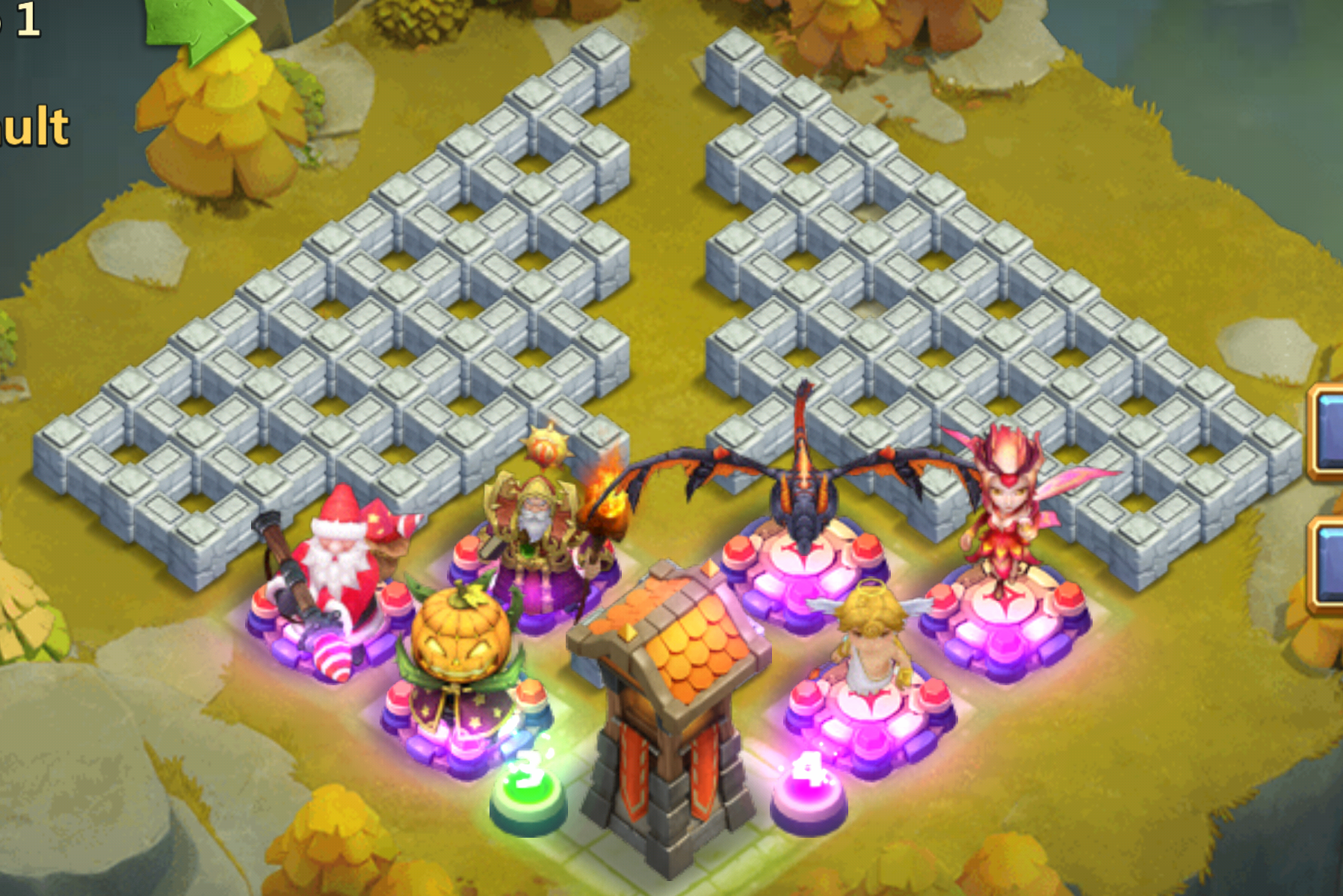 I don't have time for a guild, so I tried this. Works well.

Haven't used this yet but pretty close to the standard corner bases we've used for hbm. 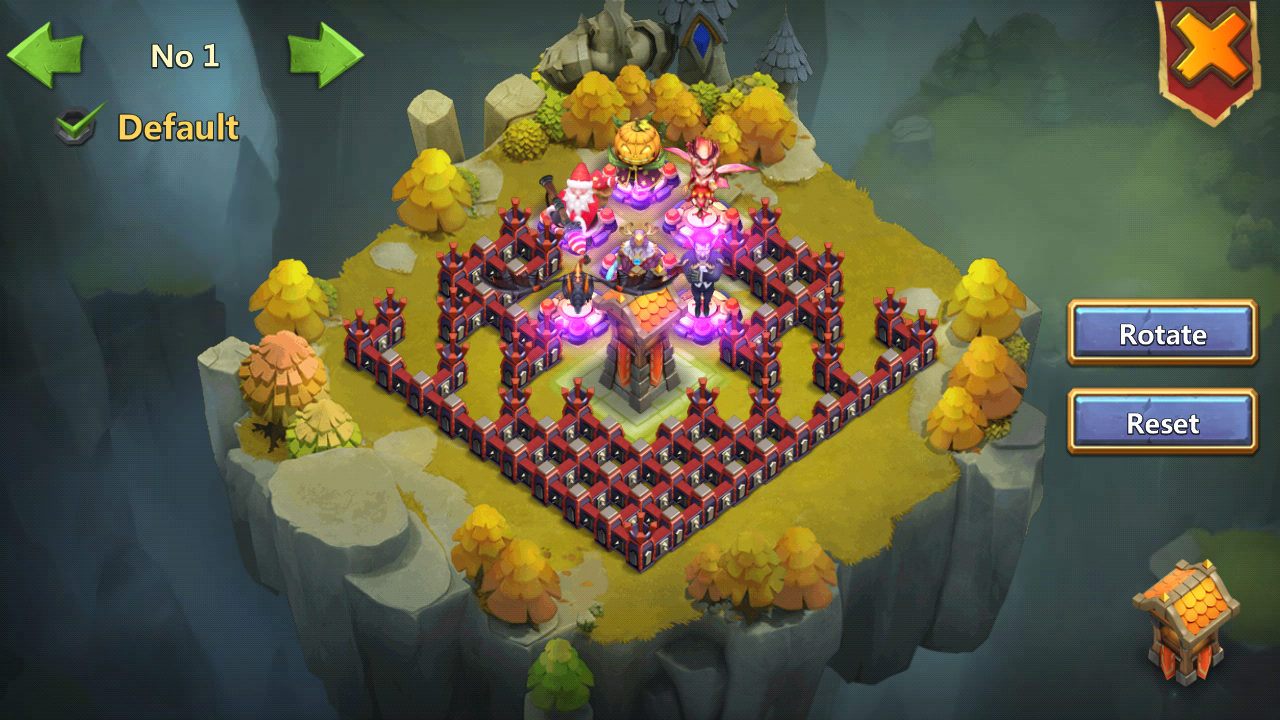 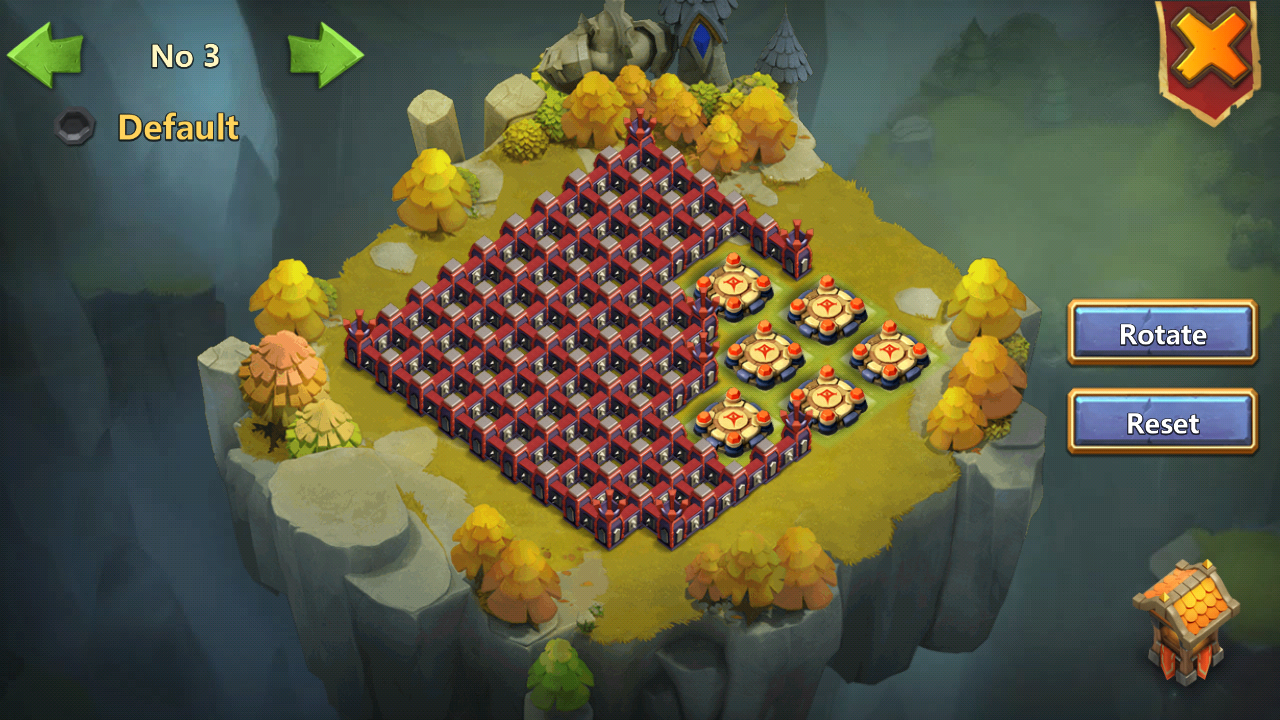 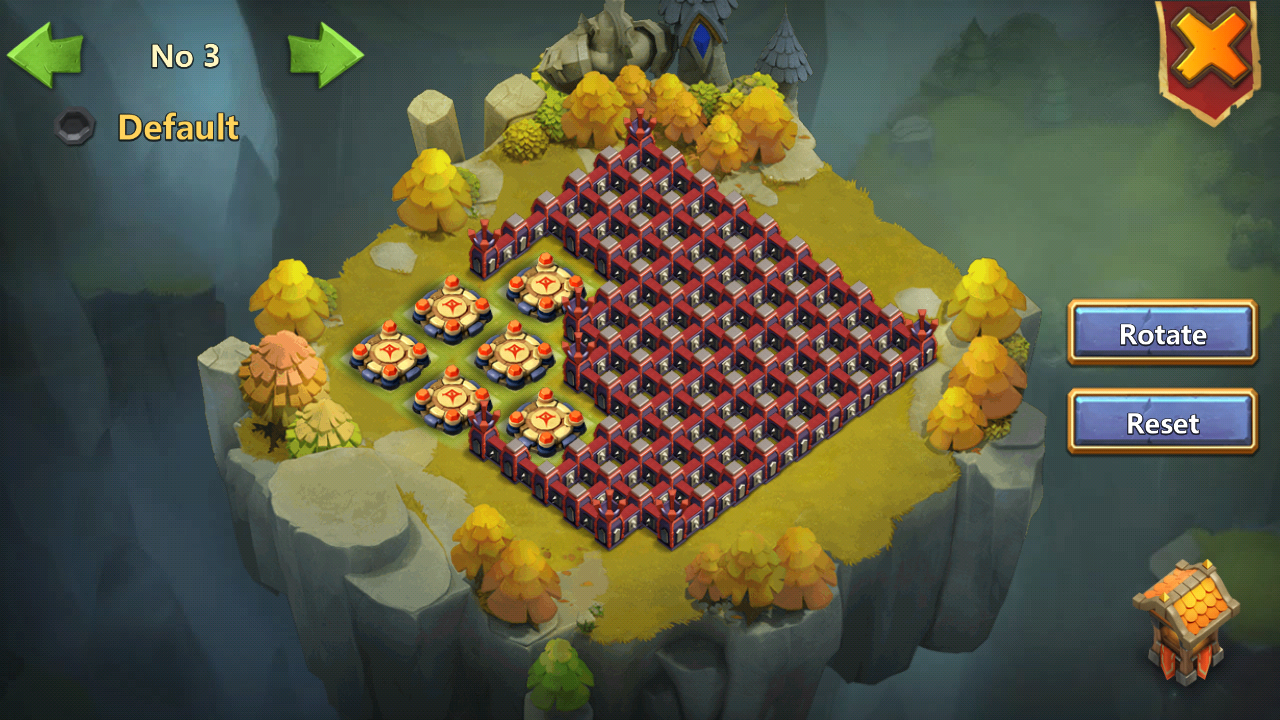 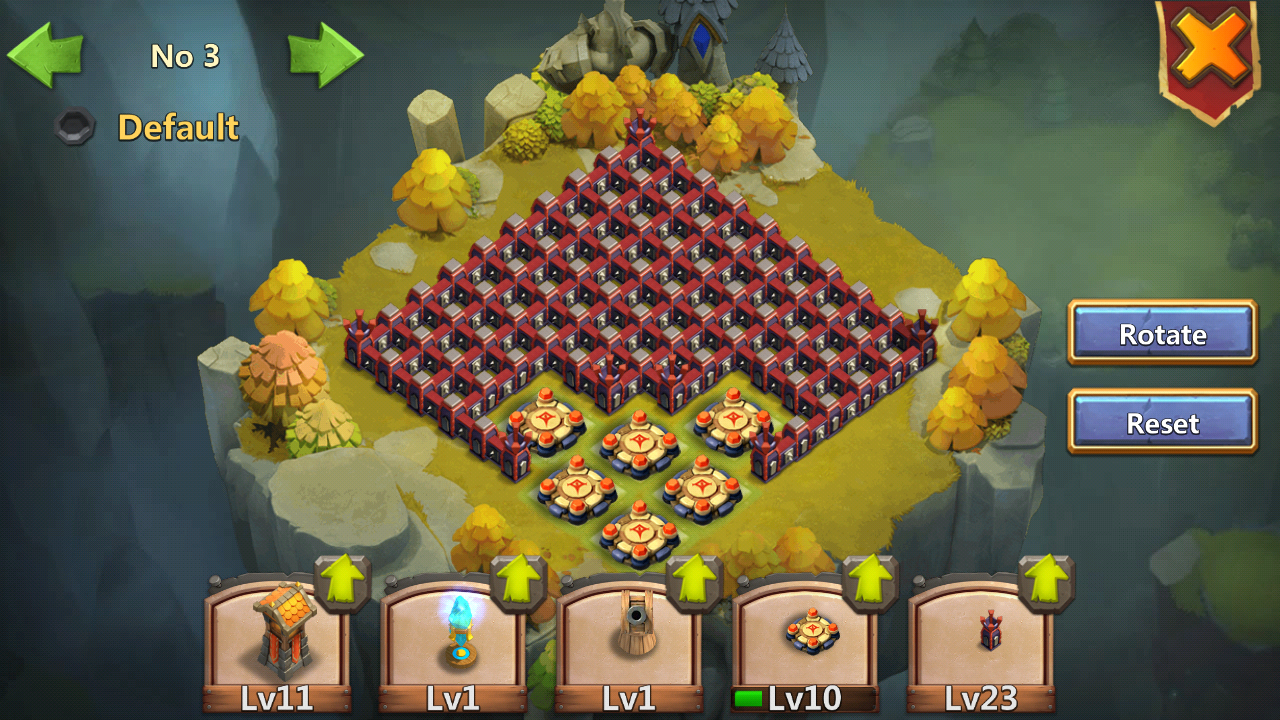 Sorry the bottom portion of base was wrong ss 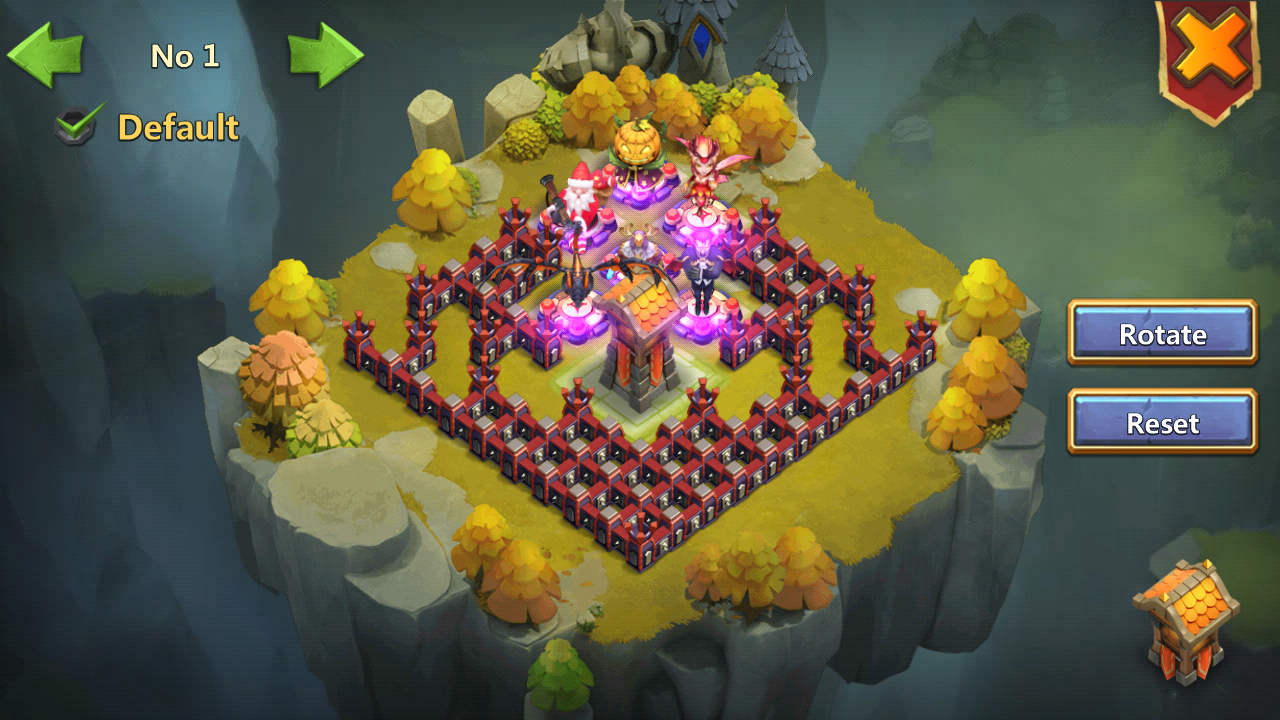 The death box of course

Signature
Lifes of players will live in this game forever...

Hey guys try creating a corner mega base. The clasher with their base tanking the entrance should have a bunch of stun towers or high hp buildings with only their heroes. maybe a few walls to fill in spots. The other 3 clashers should have all walls and heroes bases to ensure enemies go to the only entrance.

Going to test this one: 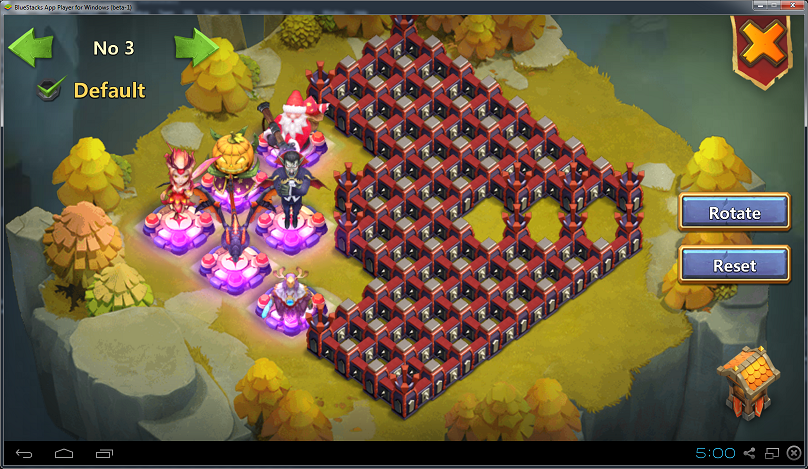 Left 2 walls for monsters to break, while my heroes will be able to kill them.
I guess - the worst thing for thbm is that we still don't have PD with the range as pixie has.

KongMysen Rated on 5/15/15 8:42:55 AM
As soon as your PD jumps the wall, enemy will focus him instead. If you want your PD to tank and thereby stack, this could be wise, but you''ll need revive crest and massive inscriptions.

CC_Slayer Rated on 5/15/15 11:42:36 AM
you could also use scorch once tons of enemies hit someone who has scorch he is invincible for one second with 2 second cooldown