[Guides] Guide for Insane Dungeon One 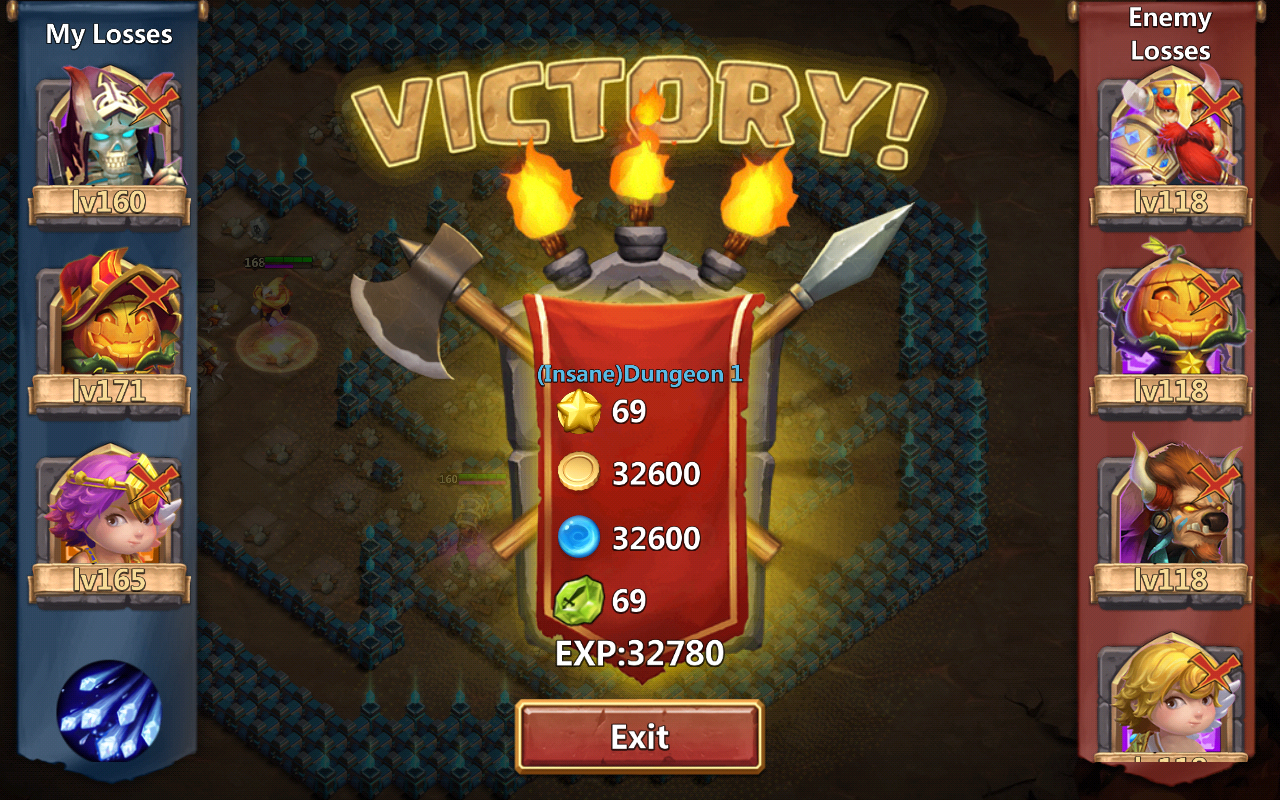 Pileto Rated on 12/6/15 1:42:43 PM
WAIT WHAT you have evo pd and cupid and still you lose them meaning i will nevere get the change to beat it(from what i see you have 2 more evo one its SPIRIT MAGE o.O)

Welp you have yet another satisfied customer, thanks for the guide ;P Looking for a Guild? Check out heygirlheyyy :3

Ive just unlocked ID, I will give it a go. Thx for the work Kmy!

First of all, my apologies for double posting.
So, I started yesterday with the IDs, first 4 are quite easy to clear, but my focus was on 3-flaming ID 1-3 due to the upcoming artifacts update (yep, in iOS we still don´t have it). I followed the tiplines given by Kmy (leafs), but instead of using the drop point he suggested I chose the simetrically opposite side (there is a mana vault and also two magic towers).

I tanked with PD and kept my spells as long as I could: first I used was metheor on the center. Then SS, when all the heroes where dropped. After the first stack of PD ares frenzy and as soon as the drew the attention of immo and molt, GA on them. Choppers are useful for keeping some aggro away from your heroes (one proc of any of those mobs and they can one shot your team, or nearly). Heroes I used:

I rolled Santa on Wednesday, therefore his poor skill level and talent.
For 3 flaming this one I tried different combos, like evo 1 lvl 161 DK (7/10) instead of HQ (useless imo, because of the low amount of magic towers), TG instead of ghoulem... but definetely the game changer was Harpy. As soon as cupid, PD and druid proc, her low damage won´t matter. She substitutes perfectly SM (as she did on expert dungeons) for those f2p or esporadically tapjoyers.

The only hero that did not survive was PD, he went Rambo on the champion and TG at the very end,

P.S: ghoulem is there because of his OP 45% dmg reduction on all heroes, not because of the healings.
Rate Delete Ratings

hades0505 Rated on 12/5/15 1:26:03 PM
Knight, could you Make an sticky with links to the different ID posts/guides Leafs has made? I guess many users would find it quite useful. Thanks!

Very useful guide, I'm always a bit lazy about getting through dungeons. But using this on side, usually after trying my own aggro approach for each level, and it's helping.

Just a note on 1-7: I tried it, as per usual, before checking any guide. I dropped GA/frenzy over on the right side right by the PD and hit the Molts in center with SS, used restoration just as GA ran out. I got 49% first attempt, thi is using PD, Cupid, Druid, Vlad, Santa, mino! I noticed the AC's were doing my heroes in when they came in from the corners. It was them I was avoiding by starting by the PD to begin with. Switched Druid out for Aries, same attack point and sequence, and got 70%. Just if anyone is stuck, try your Aries

Druid doesn't do much for this one

Signature
Thank you for your co-operation.

Guide for Insane Dungeon One

Signature
Always Meant To Be Special

Thanks bro...
Could not have done this without your guide. 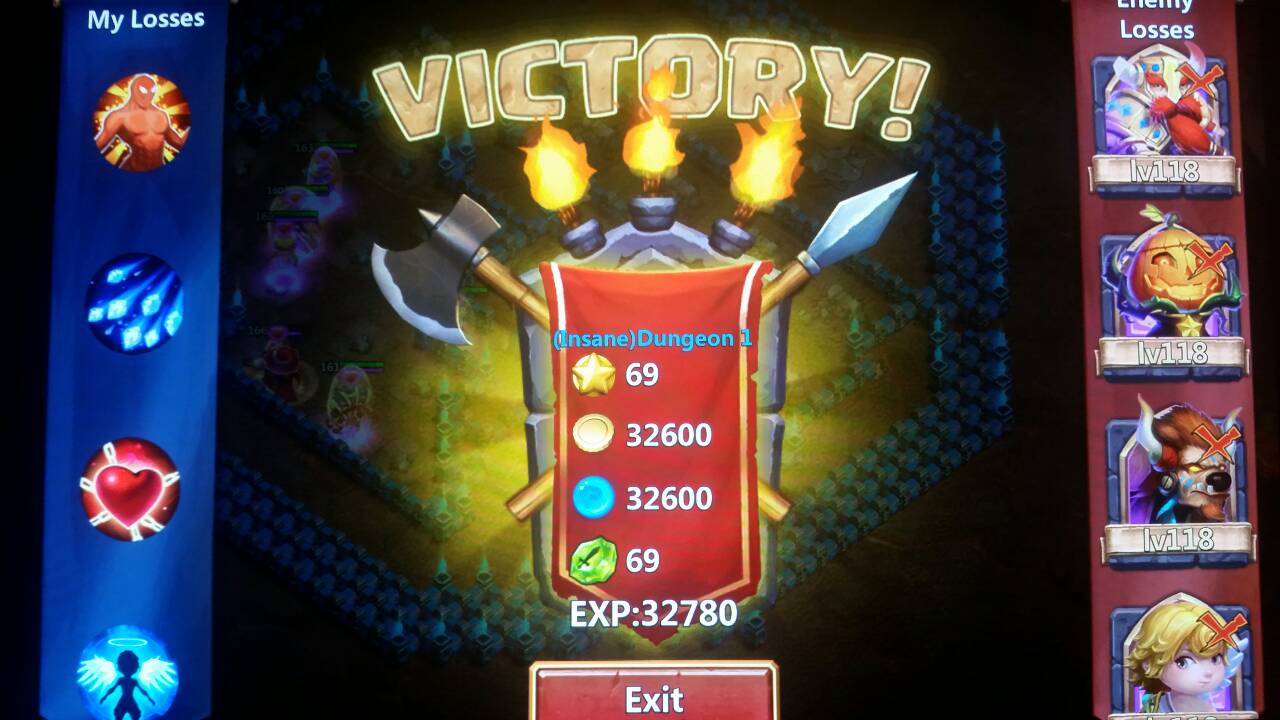 Signature
I'm just here bored out of my mind, hopefully advice given makes your game play better. I'm a transgender but that option is not available here btw. Not sure why they would not make it a option...
Return to thread list