FirstLady Rated on 4/17/15 9:48:02 PM
It is never a good idea to post your gaming information in open forum. Try to add the email account associated to the account you are trying to access, if that does not work then you will need to contact Live Support for assistance. 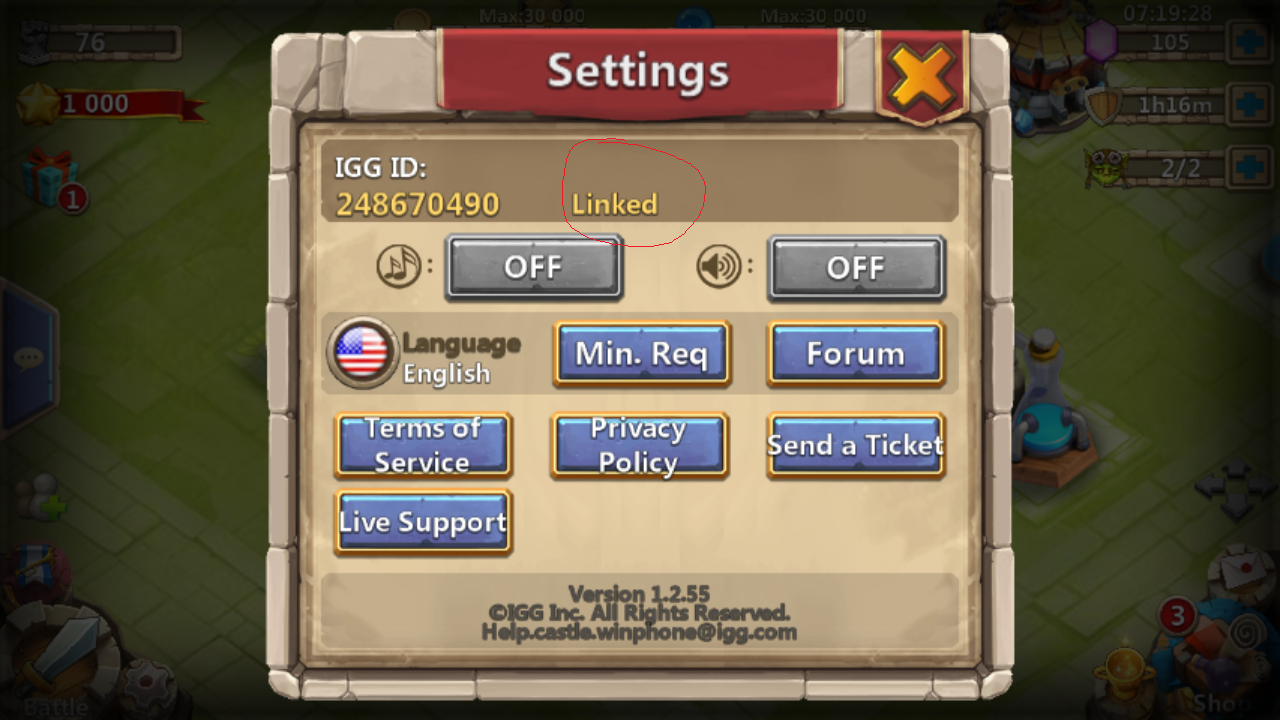 nightwing Rated on 4/17/15 2:09:54 PM
Remember your password and email and igg id.. Old igg id..contact live support or you have to wait till the next update when switching is allowed..then you can switch to your old id..its still there don't panic

A little while back I switched phones (from a Lumia 920 to a Lumia 1520), due to our old version we don't have switching accounts available, so a new game was started in my new phone. I contacted support, I had to give them my old igg id and name and the new id on the new device, it took a few days but they were able to switch my old game to my new phone. When they say to clear your app data, just uninstall and reinstall the game. I was actually playing both id's for those few days, the old one on the 920, and the new one on the 1520.

When switching accounts is available, I'm going to try to find that new account that was created when I got the new device.

So your game is still there, and they should be able to get it back for you.