I'm not sure if this has been suggested before ,but it's something we need

The idea is to Place 1,2,3 numbers in far left corner like shown in the image below, and we can set teams that we desire , I've outlined 3 "team setups" that most players use, and each time we set up team on specific number we should be able to use " Quick Setup" to adjust hero drop order... ( for each team ofc)
Pressing number where team is not yet formed ,should show empty hero bases... 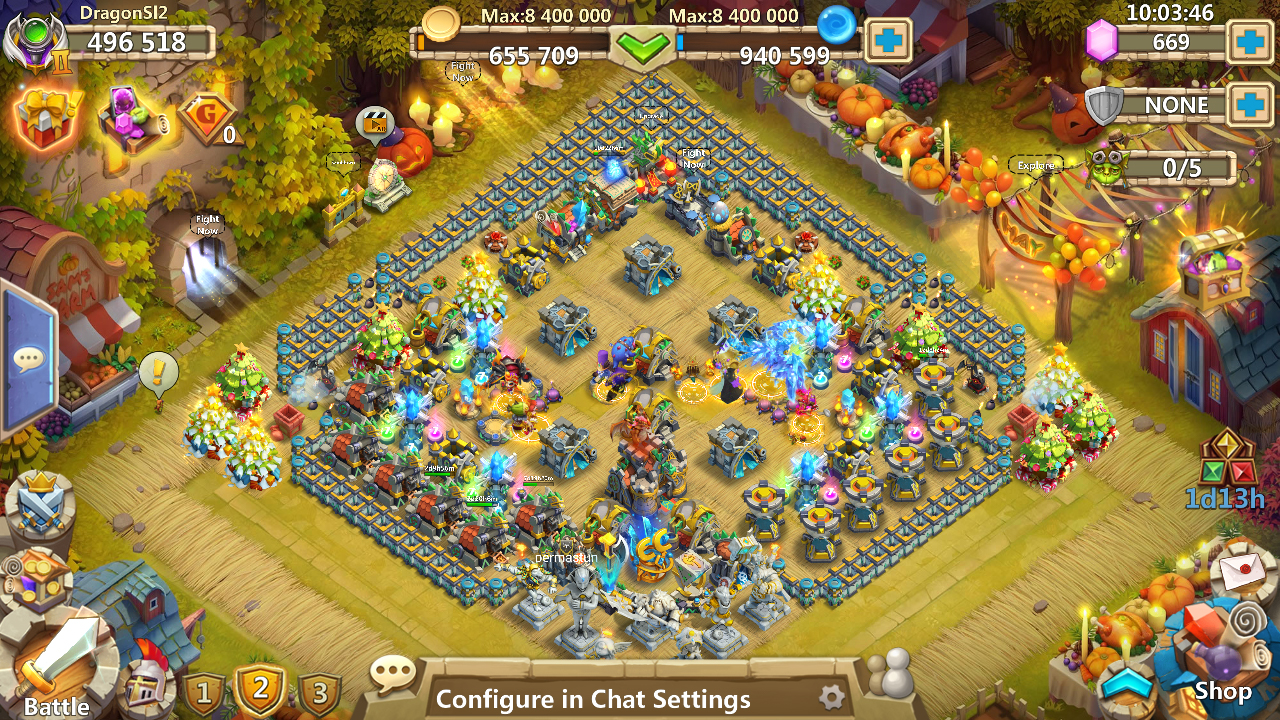 Yes this has been suggested multiple times.
[url= http://cc.forum.igg.com/topic?fcid=376&ctid=280461]Quick Setup / Favorite List[/url]
As you will see it suggests the building and saving of preset complete teams for raiding and every game mode, in fact multiple setups for some game modes.  Unfortunately their attempt at quick setup did not address this issue at all but I am glad to see others supporting this and I am hopeful that they will ultimately get it right.

DragonSl2 Rated on 2/15/20 3:04:04 PM
I never knew it was suggested over 2years ago... While indeed it's a great proposal ,I do believe it's complexities are overwhelming for IGG to implement all at once. What i offer is a lot simpler solution > copy /paste model that is used in so many other gamemodes and paste it on main screen... ( i think we need to start with baby steps and then lead to your proposal that involves crests/pets/insignias/etc)

FirstLady Rated on 2/15/20 5:12:21 PM
True and it might be implemented in pieces but ultimately they need to get to complete team setups because it defeats the purpose if we still need to switch the crests/pets/insignias each time we switch game modes.

From one point of view it wold be good idea to set up teams like those. We wouldn't have to bother to set up them before closing game. Just i think that Raids/GW for most of ppl is same team, so there is no reason to split it.
But on other hand raiding would be more difficult, since many ppl are not bothering switching tea, for defensive before turning off game. This would lead to more difficult fights, in some cases much higher stress than usually, and where it will lead no one knows.

DragonSl2 Rated on 2/15/20 3:52:04 PM
I would disagree that Raids and Guild wars are same teams for most ppl... maybe for top players with Zeph,Rambard,Marry... etc But for us F2P mortals ,most of us bring Tree/Ronin in our lineup... something you dont bring to Raids generally speaking.... Now on your other point you were making ( assuming that most ppl do smth is well, just that, asumption. it's not true of false unless proven ) right now i'm forced to Raid with my defensive setup... and in Defense i still get own'd by high might players, and i defend from those who are low strenght (normal thing)... I think i'm misreading your point... you want an easy pass on bases and easier raids without challenge ( why am i building my heroes to be strong then ???)

FirstLady Rated on 2/15/20 5:18:29 PM
@Cichociemiak, No natter how you look at it it would be a good addition if for no other reason then time management. For those who don't switch teams there is no issue just don't use the feature, but for those who do it saves a wealth of time and inspires members to partake in more game modes since it would only require one click to select their preset team, instead of resetting heroes, pets, talents and insignias. The game requires too much time now so time management features have become essential to prevent a lack of interest due to the time requirements.

Cichociemiak Rated on 2/15/20 6:31:53 PM
@DragonSl2 ok, maybe writing that "most of ppl" was not correct, since we can't verify that, but i saw many ppl, who were not changing setups for GW, and those were F2P just like me. There are of course those who are doing it, so after second thought maybe it should be like you wrote with those 3 teams. We would have to see how it will be, i just hope it will not be criticized if it will make offensive modes much more difficult.

Let me clarify my post a little bit more...

As a result ,it would save us a lot of time searching through Altar to find heroes and setting them up in small crowded hero bases that are mostly surrounded by troops (so you cant even see them lol)

Cichociemiak Rated on 2/15/20 3:34:49 PM
I had exactly this thought, when i read your post. Still i think 2 teams )offensive/defensive would be enough

I would love this! it's kinda boring changing insignia everytime for running lonely sea2

Cichociemiak Rated on 2/16/20 4:42:04 AM
I don't think it would be that simple to save insignia also, even though it is good idea, Game would have to remember setup on all heroes, not only those selected. Let's say you have one empower 9 insignia, which you want to give to Cosmo, and you are placing him in your defense team nr. 1. Than you are making other team for GW, and you want to give same insignia to for example Anubis. If game will not remember setup of all heroes than game will not find free empower insignia in warehouse to give to Cosmo (cause it is on Anubis) or it would have to take it off from hero who have it (and it would end with bunch of heroes without insignias). Seems to be easy but coding will not be that easy. Will IG have time for this ?? Time will show